New rules for entering into transactions in Russia

Starting from January 01, 2017 the procedure for concluding major and interested party transactions in joint-stock companies and limited liability companies has changed substantially. These changes have been introduced by the Federal Law No.343-FZ dated July 03, 2016. It should be noted that transactions involving limited liability companies and joint-stock companies are regulated in a slightly different manner. Please find below the general overview of the key changes.

When taking a decision on whether to approve a transaction, shareholders may establish the parameters for such an approval. For example, an approval can set the upper and lower limits for the price for the purchase or sale of an asset (or set the procedure for determination of such limits); approve entry into a series of similar transactions; approve alternative terms and conditions of a transaction or approve a major transaction subject to execution of several transactions concurrently. An approval may also set the term of its validity (by default an approval is valid for one year only).

A major transaction may be concluded after getting a preliminary consent to its performance (obtaining such a consent may serve as the condition precedent for the transaction). At the same time, a completed transaction which is later approved shall also be valid.

The requirements for challenging major transactions have also been revised. In particular, now only the shareholders (participants) possessing in aggregate at least 1% of the voting shares in the Company (or 1% of the votes attached to the participation interests) are entitled to challenge a transaction entered into by the company. Prior to the amendments, any shareholder or participant in the company enjoyed such a right.

The test for determining whether a transaction qualifies as an ‘interested party transaction’ has been amended. Previously, any transaction with persons falling within the concept of “affiliated persons” was considered an interested party transaction. This formulation has been replaced with the concept of a transaction entered into with a “controlling person” and/or a “person under control”. A controlling person is a person who has the right to dispose directly or through persons under its control (i.e., indirectly) over 50 per cent of votes in the supreme management body of the entity on certain grounds or has the right to appoint or elect a sole executive body or over 50 per cent of the members of the collective management body. Notwithstanding these amendments, a number of transactions that may otherwise be considered interested party transactions are specifically excluded from the requirement for approval.

Certain persons designated by the law may expressly demand approval of an interested party transaction. Such persons include a general director, a member of the board of directors and of the collective management body, as well as shareholders (participants) possessing in aggregate at least 1% of the company's voting shares (participation interests in the charter capital).

In a non-public company the procedure for approval of an interested party transaction may be modified by the charter.

The shareholders (participants) possessing in the aggregate at least 1% of the company's voting shares (of the total number of the company participants’ votes) are entitled to challenge an interested party transaction subject to availability of the grounds set by the law. Prior to the amendments, any shareholder or participant in the company enjoyed such a right.

Approval of other transactions

In addition to the above, the charter of the company may require an internal corporate approval to be obtained in respect of certain transactions specified in the charter. A transaction may be challenged if such a consent is not obtained.

In 2016, important changes were introduced into the Russian legislation on joint-stock companies which enable shareholders to make contributions to the assets of joint-stock companies without an increase of the charter capital or change of par value of the shares. Although previously such financing mechanisms were not uncommon in practice, their lawfulness and validity were in doubt and were often the subject of disputes.

On March 24, 2016 the Russian Supreme Court adopted Ruling No.7 “On application by courts of certain provisions of the Civil Code of the Russian Federation relating to liability for breach of obligations” (the “Ruling”).

The Ruling is aimed at clarifying a number of issues regarding liability for breach of obligations and other liability issues, which arise from amendments to Part 1 of the Civil Code of the Russian Federation which came into force on June 01, 2015 (the “Civil Code”).

The Ruling is aimed at making compensation of damages a more effective tool by simplifying the procedure for proving loss of profits in court proceedings. In particular, the Supreme Court clarified that in evidencing an amount of lost profit, creditors have the right to submit not only proof of claims/actions and their efforts to remedy such loss, but also any other evidence they may possess. For instance, a calculation of loss based on the profit the claimant received before the obligation was violated may be presented as evidence.

The Ruling is also aimed at reducing to a certain extent the difficulty of proving a causal connection between a breach and the resulting damages in court proceedings. The Supreme Court emphasised the standard of proof required for establishing damages, clarifying that when an amount of damages is proven, it is sufficient to prove their existence to a reasonable level of certainty. The Supreme Court also introduced a presumption of the existence of a causal connection where the claimant proves that the damages it has incurred are a typical consequence of a breach of the relevant obligation.

“Compensation of losses” is a new concept of Russian law which is to a certain extent similar to the concept of an indemnity under English law. The Supreme Court elaborated on how the courts shall apply these new provisions (article 406.1 of the Civil Code).

The parties to a contract may, by mutual agreement, provide for an obligation of one party to compensate another party for losses arising in connection with the execution, amendment or termination of the contract or otherwise related to the subject matter of the contract, but not for any losses resulting from a breach of the contract. In its Ruling, the Supreme Court emphasised that such losses may be reimbursed if the claimant proves the following: (i) it has already incurred the losses or will inevitably incur them in the future; and (ii) there exists a causal connection between the occurrence of a certain event specified in the contract and the losses the claimant incurred.

The Supreme Court clarified certain provisions concerning negotiations conducted in bad faith (article 434.1 of the Civil Code). In particular, a presumption that the parties to a negotiation have acted in good faith has been introduced. The burden of proof in providing bad faith rests on the plaintiff claiming damages from the other negotiating party. The Supreme Court specifically points out that terminating negotiations without presenting any grounds for such termination cannot be treated per se as an evidence of a party's bad faith.

The Supreme Court clarified that a judicial penalty is not applicable to monetary obligations or in disputes arising from administrative, labour, pension, social support, family or personal relationships. The Ruling states that a judicial penalty is only applicable in case of failure to perform civil obligations and actions seeking specific performance.

Mandatory storage of data on beneficiaries

Russian legislation on money laundering was recently amended to provide for an obligation for legal entities to keep information on the identity of their beneficiaries. For the purposes of anti-money laundering legislation a beneficiary is defined as (a) an individual directly or indirectly holding 25 per cent in a legal entity or (b) an individual who has a right of control over a legal entity. An exception from the above requirement is made for state bodies, state corporations and organizations with state and municipal ownership in the charter capital exceeding 50 per cent, some international organisations, foreign publicly listed companies, foreign establishments which do not have a form of a legal entity and do not presuppose beneficial ownership and some others.

According to the amendments, which came into force in December 2016, a legal entity must keep information on its beneficiaries, take measures to identify such beneficiaries and must regularly (at least once a year) update such information.

For violations of any of the above requirements, the law provides for the imposition of administrative fines on legal entities (up to 500,000 rubles) and on chief executive officers (up to 40,000 rubles).

Change of criteria for subsoil plots of federal significance

Amendments to the Law of the Russian Federation No. 2395-1 “On Subsoil” dated February 21, 1992 (the “Subsoil Law”), which came into force on  July 04, 2016, changed some of the criteria for determining subsoil plots of ‘federal significance’. Pursuant to these amendments, subsoil plots shall be classified as subsoil plots of federal significance if they contain primary deposits of diamonds and platinum group metals, deposits of uranium, especially pure quartz raw materials, rare earths of the yttrium group, nickel, cobalt, tantalum, niobium, beryllium, lithium, on the basis of the reserves registered in the state balance sheet of minerals starting from 1 January 2006.

The subsoil law has been amended in regards to production of accompanying minerals.

The relevant amendments envisage that production of accompanying minerals not covered by the mineral licence shall only be permitted after obtaining conclusion from the state expertise of reserves and entry of the relevant changes into the mineral licence. However, this right shall be granted only to those legal entities, in which the interest of the Russian Federation is over 50 per cent and/or in respect of which the Russian Federation is entitled to dispose of over 50 per cent of the total number of votes falling at the voting stocks constituting authorized capital of such legal entities. It is yet not clear whether this approach applies to other companies where the state has an interest.

The above amendments also broadened the content/scope of a licence. A mineral licence shall now, inter alia, contain the approved level of production of accompanying minerals and the identity of their owner.

The Regulations envisage a significant number of new changes, including:

The Regulations also provide a procedure for establishing the lists of subsoil plots offered for privately-funded geological survey. It is envisaged that these lists could be created either following proposal by local authorities or by those seeking to survey subsoil plots. The draft versions of such lists are subject to approval by the Ministry of Defence and the Federal Security Service. 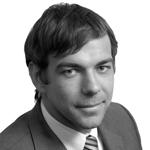