The Supreme Court of Canada in the recently released R v Jordan (Jordan) has fundamentally changed the way courts consider whether an unreasonable delay has occurred in criminal and provincial offences matters. The decision sets a new presumptive ceiling for bringing of charges for provincial offences to end of trial within 18 months. This decision has significant implications for employers who face charges under occupational health and safety legislation across Canada.

Before the Jordan decision, the approach for determining whether an unreasonable delay violated a defendant’s right under section 11(b) of the Charter of Rights and Freedoms (the Charter) was derived from the Supreme Court’s decision in R v Morin (Morin). In the Morin decision, the court undertook a contextual analysis of the unreasonableness of the delay, considering factors such as the length of and reasons for the delay.

This contextual approach was overturned in Jordan. The Supreme Court found the Morin approach to be too complex and unpredictable and in fact contributed towards a culture of delay and complacency rather than improving it.

The goal of the new approach set out by the Supreme Court in Jordan is to provide greater certainty to all parties involved by establishing ceilings beyond which a delay is presumptively considered unreasonable.

The facts of Jordan arose in the criminal context. However, it is well established in the common law that regulatory offences are subject to the Charter, including for corporate defendants. This means the presumptive ceilings established in the Jordan decision should have application to regulatory prosecutions such as those under provincial health and safety acts in relation to both corporate and individual defendants. No reported decision has yet applied Jordan in that context at the time of writing.

The new framework set out in Jordan (and its companion case, R v Williamson) establishes that:

If this ceiling is met or exceeded (excluding delay caused by the defence), the delay is presumed to be unreasonable. The Crown may rebut this presumption by demonstrating the presence of exceptional circumstances, which generally fall into two categories:

The delay caused by such exceptional circumstances is to be subtracted from the calculation of the total delay time.

If the ceiling is not met

A delay may still be unreasonable even if it falls below the presumptive ceiling. In such cases the defence bears the onus of proving the delay is unreasonable. To do this the defence must demonstrate that:

For cases currently in the system, the court held that the Jordan framework must be applied “flexibly and contextually,” with sensitivity to the parties’ reliance on the previous state of the law. It remains to be seen how the courts will apply section 11(b) to these transitional cases. It is clear, however, that defendants whose cases are approaching or have surpassed this presumptive ceiling should strongly consider the merits of bringing a Charter delay application applying Jordan.

We can expect the new framework set out in Jordan to affect how the Crown manages proceedings stemming from charges under provincial health and safety legislation.

For corporate defendants, the presumptive ceiling approach appears to eliminate the need to prove prejudice caused by the delay. Prejudice is instead presumed once the ceiling is reached, shifting the burden to the Crown to rebut the presumption. Previous case law had found that while corporate defendants have the right to a speedy trial under section 11(b), they must demonstrate a significantly higher degree of prejudice than required of individual defendants. The test established by the Jordan decision does not require a defendant to prove prejudice in the 11(b) analysis once the presumptive ceiling is met.

Responding to the new post-Jordan reality, Crown prosecutors will face new pressures to move their cases through to trial expeditiously so as to not exceed the ceilings delineated in Jordan. This may mean completing more work (such as organizing disclosure) prior to laying charges. Crown counsel may also seek earlier pre-trial and trial dates and request explicit waivers from defendants of their rights under s. 11(b) where adjournments are sought or agreed to on consent. This may also lessen the time available for resolution discussions and require quicker trial preparation for defendants.

The Jordan decision creates new opportunities for defendants being prosecuted under health and safety statutes to utilize the constitutional protections of Charter section 11(b), with greater likelihood of success wherever the presumptive ceiling has been reached. 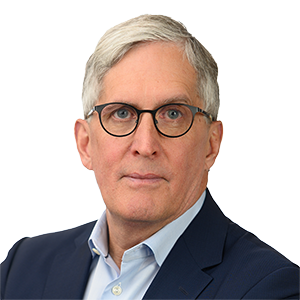