On 17 May 2018, in the case of Brighton Australia Pty Ltd v Multiplex Constructions Pty Ltd [2018] VSC 246 (Brighton v Multiplex), Justice Riordan held that subcontract provisions which purported to impose a time limitation for commencing an action of misleading or deceptive conduct under the Australian Consumer Law (ACL) which was less than the 6 year time period provided by s 236(2) of the ACL, were unenforceable, on the basis that such a purported limitation was contrary to public policy.

This is in contrast to certain decisions of the Supreme Court of New South Wales, which have found that monetary or temporal limits on statutory remedies under the ACL are enforceable, because they can be distinguished from a complete bar to, or purported ouster of, statutory remedies.

As a result, this recent decision casts doubt on the enforceability of clauses imposing limits on claims under the ACL outside of New South Wales, and has significant consequences for contracts already in place and for drafting future contracts.

The subcontracts in question in the Brighton v Multiplex case, contained an identical clause 46, which provided a regime for regulating “Claims”. The relevant part of clause 46.1 provided that:

Clause 46.2 provided the requirements of the prescribed notice.

Clause 46.3 stated that “Brookfield Multiplex shall not be liable upon any Claim by the Subcontractor which was not notified strictly in accordance with Clause 46.1 and Clause 46.2, and such Claim shall be absolutely barred”.

Relevantly, the definition of “Claim” under the subcontracts was drafted in very broad terms and included claims “otherwise at law, including statute”.

The Plaintiff pleaded a number of claims including an ACL claim that it entered two subcontracts for plasterwork in reliance on representations made by the Defendant that were misleading or deceptive.

A special referee was appointed pursuant to Order 50 of the Supreme Court (General Civil Procedure) Rules 2015 (Vic) to give an opinion to the Court on the matter. The special referee determined that the representations were not made as a matter of fact, but had they been made, they would have been barred by operation of the regime set out in clause 46 of the subcontracts, as they had not been notified within 7 days.

Justice Riordan was then required to consider whether the opinion of the special referee should be adopted by the Court. The Plaintiff disputed the adoption of the special referee’s findings on five grounds, one of which being the finding that the Plaintiff was precluded from bringing its ACL claim, as it had not submitted a notice of the claim within the 7 day period required by clause 46 of the subcontracts, was wrong as a matter of law.

Brighton submitted that the clause was void for illegality because it excluded liability under section 18 of the ACL, relying on Henjo Investments Pty Ltd v Collins Marrickville Pty Ltd (1988) 39 FCR 546, where it was found that it would be contrary to public policy for private agreements to oust Consumer Law remedies.

Multiplex submitted that clause 46 was a temporal limitation that was procedural in nature, and merely regulated, not ousted, the operation of the ACL. It relied on the New South Wales Supreme Court decisions in Lane Cove Council v Michael Davies & Associates [2012] NSWSC 727 and Firstmac Fiduciary Services Pty Ltd v HSBC Bank of Australia Ltd [2012] NSWSC 1122.

Justice Riordan considered that limiting the time in which a misleading or deceptive conduct claim can be brought under the ACL was “an unacceptable interference with the public policy underpinning the provisions [of the ACL].” His Honour noted that the extension of limitation periods (3 years to 6 years) was specifically identified in the Second Reading Speech to the ACL, as one of the mechanisms by which the public policy of consumer fairness would be achieved in the Consumer Law.

Further, Justice Riordan considered that uncertainty about whether Courts would decide that individual contractual time limits were or were not unreasonable, would be inconsistent with the public purpose of the ACL, to protect rights properly characterised as public rights.

While Justice Riordan upheld the Plaintiff’s objection regarding the operation of clause 46 of the subcontracts, His Honour found that the other findings of the special referee, in particular, that the alleged pleaded representations said to be implied from the tender documentation were not in fact made, should be upheld.

We would like to acknowledge the contribution of Cassie Mortimer in preparing this update. 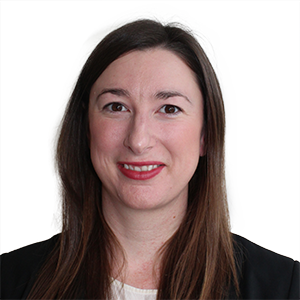