The Supreme Court of Canada has rejected leave to appeal in the restructuring proceedings of Nemaska Lithium and as such, the reverse vesting order (RVO) transaction on this file remains the first of its kind to withstand judicial scrutiny in Canada. An RVO offers an alternative to plans of arrangement and traditional approval and vesting orders (AVO) through an efficient transfer of going concern operations of a distressed enterprise without the unwanted liabilities.

Previously,1 we had reported that the restructuring proceedings of Nemaska, where our Montreal office acted as counsel to Investissement Québec (IQ), was the first RVO to be granted under the Companies' Creditors Arrangement Act (CCAA) after a contested hearing.

To recap, the Nemaska entities were involved in developing a lithium mining project in Quebec. Due to the declining price of lithium, they sought CCAA protection in December 2019 and in January 2020, the Superior Court approved a sale or investment solicitation process (SISP), which led to the acceptance of a bid from a consortium of Nemaska’s largest secured creditors: IQ, Orion Mine Finance, and The Pallinghurst Group. This bid required that the sale transaction be effected via an RVO.

The end result of an RVO process is to expunge the debtor entities of assets and liabilities that the bidders did not wish to retain while maintaining the debtors’ existing corporate structure, thus preserving key licences and permits and, when available, historical tax attributes. Upon completion of the contemplated transactions under the RVO, the Nemaska entities emerged from the CCAA proceedings, while a newly created residual entity (ResidualCo) remains subject to the CCAA.

First contestation of an RVO

Two shareholders (one of whom was also an alleged creditor) filed motions opposing the RVO issuance on multiple grounds, notably that the court does not have the authority to grant a vesting order for anything other than a sale or disposition of assets through an AVO, that the RVO is impermissible under the CCAA because it permits Nemaska to emerge from CCAA protection outside the confines of a plan of arrangement, that the corporate reorganization contemplated by the RVO was not allowed under securities laws, and that the release in favour of Nemaska’s directors and officers pursuant to the proposed transaction should not be authorized.

After reviewing the SISP process that led to the offer by IQ and its partners, the absence of credible alternative transactions, and the potentially catastrophic consequences to Nemaska’s stakeholders, including its employees, creditors, suppliers, the Cree community and the affected local economies, of putting the restructuring process on hold in order to re-initiate a SISP in the future in an uncertain market that had already been thoroughly canvassed or, alternatively, putting the Nemaska entities into bankruptcy, Justice Gouin, J.S.C., approved the RVO on October 15, 2020.

The court concluded Nemaska had acted in good faith and with the required diligence, and the approval of the RVO was the best possible outcome. Accordingly, to limit the remedies available under the CCAA would unduly hinder the innovative solutions that can be applied to ever more complex commercial and social problems. In arriving at this conclusion, the court noted that:

On seeking leave to appeal, the shareholders reiterated the CCAA judge lacked the power to approve a transaction that was structured to allow the debtor companies to emerge from CCAA protection free and clear of their pre-filing obligations outside the confines of a plan of compromise or arrangement and without the benefit of an approval by the required majority of creditors. They also argued the CCAA judge focused exclusively on the outcome of the proposed transaction, which he qualified to be the “best and only alternative available in the circumstances,” while failing to give any meaningful consideration to creditor rights.

The Court of Appeal, while recognizing the novelty of the RVO transaction, questioned the appellants’ good faith. The court noted that the contesting shareholders, representing a mere 4% of the total value of unsecured creditors’ claims, have been using the arguments advanced on appeal as a “bargaining tool” during their negotiations with the debtors.

The contesting shareholders made a second attempt by filing distinct leave applications to the Supreme Court of Canada, which applications were ultimately dismissed on April 29, 2021.

The RVO transaction of Nemaska remains the first of its kind to withstand judicial scrutiny in Canada, and reaffirms the flexibility that CCAA proceedings offer for distressed M&A transactions. Indeed, an RVO offers an efficient and effective alternative to plans of arrangement and traditional approval and vesting orders, particularly for debtor companies operating in a highly regulated environment and where there is no value remaining beyond the realization of secured debt and the parties intend to maintain the going concern operations of the debtor company.

1   See our publications on October 15, 2020, regarding the decision rendered by the Superior Court of Québec, and the subsequent update on December 16, 2020, following the decision by the Court of Appeal rejecting the leave.
﻿ 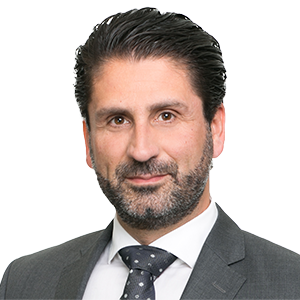 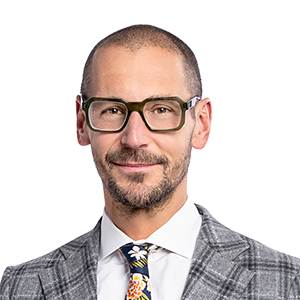