Employers are entitled to include a condition in a contract of employment that a person’s appointment is subject to a positive vetting and screening process and, if the outcome is negative, the contract will terminate automatically.

In the Labour Appeal Court decision of Nogcantsi v Mnquma Local Municipality and Others (2017) 38 ILJ 595 (LAC), Mr Nogcantsi’s appointment as a security officer to the municipal manager was subject to a positive vetting and screening process conducted by the Municipality. The vetting process revealed pending charges against him for defeating the ends of justice, interfering with police officers whilst on duty and attempted murder. Mr Nogcantsi’s contract terminated automatically.

The LAC found that it was not the act of the Municipality which produced the negative vetting result and consequently caused the condition to be fulfilled resulting in the automatic termination. Instead, the negative outcome of the vetting was constituted by information which was patently and objectively negative of and concerning Mr Nogcantsi’s suitability for the position. The automatic termination did not amount to a dismissal as it was not triggered by an act of the Municipality with the intention of ending the employment relationship.

The LAC further found that the vetting condition did not prevent Mr Nogcantsi from exercising his right to security of employment conferred on him by the Labour Relations Act 1995 (“the Act”). (Although the Act does not explicitly provide that security of employment is a right, the Constitutional Court found in NEHAWU v University of Cape Town 2003 (3) SA 1 (CC) that security of employment is a core value of the Act and is dealt with in Chapter VIII of the Act which regulates unfair dismissals.) Not only had Mr Nogcantsi freely and voluntarily agreed to the vetting process and to an automatic termination if it yielded a negative result, but the condition was material to his suitability for the position of a security officer. Such a condition could be reasonably likened to the condition in a contract of employment as a pilot or chauffeur that a valid pilot’s or driver’s licence must be produced.

This decision demonstrates that a conditional contract of employment is a commercial reality and that the law does not prevent employers from including vetting conditions in their contracts of employment. 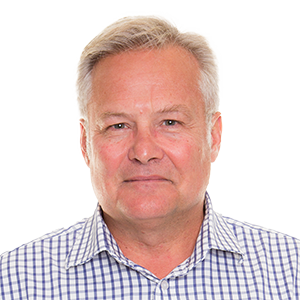