While regional security is clearly at the forefront of the alliance, Australia’s ground-breaking procurement of nuclear submarines will also lead to broad and substantial benefits for industry in the coming decades, underpinned by necessary changes to regulatory frameworks within and between AUKUS alliance partners.

In Australia, we foresee an explosion in opportunities in everything from AI and cyber technology, to the mining of rare earths, energy production and storage, advanced manufacturing and a range of commercial activities under the sea, on land and in space.

On the day the alliance was announced, the White House said it would lead to greater collaboration not only on military operations, but also on cybersecurity, AI and quantum computing. Technology transfer and sharing in at least these areas will be essential to deliver an interoperable defence capability, the first tangible product of which will be the building of a modern fleet of nuclear powered submarines in Australia.

This has far-reaching geopolitical and economic consequences. The AUKUS alliance complements current pivots underway in both the US and UK to the Indo-Pacific region. In recognition of the region’s growing role in the global economy, businesses in all three alliance countries are pressuring governments to facilitate trade arrangements and investment flows. For example, 16 of America’s biggest business lobby groups are urging the Biden administration to negotiate an Indo-Pacific digital trade agreement, which would include Australia.

Countering cyberattacks is a global challenge, which can only be met through close alignment and co-operation amongst major powers. Australia in particular needs to enhance its cyber security capabilities through investment in skills and expertise that will allow alliance partners to share intelligence and advanced technologies with confidence.

We have seen an increasing focus on cyber security in the boardrooms of US, UK and Australian organisations in both public and private sectors.  The search is on for technology-literate non-executive directors, and IT security and governance has become a common item on board agendas.  In the new AUKUS era, every board and executive team will need to assess cyber risk and understand the mitigation opportunities afforded by AI, quantum technology and cloud computing.

In particular, urgent consideration will need to be given in Australia to how the Federal Department of Defence can safely and securely work with the more than 20,000 contractors in its supply chain to ensure there are no weak points open to exploitation.

Another implication of the AUKUS alliance is a renewal of the debate about whether Australia should develop a civil nuclear industry. With continued controversy about the future of Australia’s domestic coal-fired electricity generation and coal exports, and questions about how Australia can chart a course to net-zero, we expect the corporate sector will increasingly lead the conversation on this issue.

Contrary to popular belief, Australia is in many ways at the forefront of the global energy transition, with its substantial investments in renewable energy and rapidly emerging hydrogen projects, such as the Western Green Energy Hub.

Even less well understood is Australia’s critical role in guaranteeing geopolitical security of rare earths which are used in the production of lasers, magnets, batteries and fibre-optic telecommunication cables – all essential components of defence and advanced manufacturing industries vital to the alliance, as well as a post-hydrocarbon economy.

Australian miners are world leaders in extractive technologies, so this is one area where we expect to see the US and UK benefit from the preferential access to critical input materials that would presumably be granted under the AUKUS alliance.

Given the sensitivity of the issues at play, AUKUS members will want certainty that technology and materials can be shared in an environment that both facilitates transfer and allocates commercial benefits fairly. This may require changes to how intellectual property is regulated and new frameworks for the regulation of AI applications.

A recent broadening of the scope of deals reviewed by the Foreign Investment Review Board in Australia will also need to be considered through an AUKUS lens, as will the operation of critical infrastructure security legislation currently before the Australian Parliament. It may be that a nuanced approach will be taken to deals between Australia the US and UK, as opposed to other countries.

For all the hard work that lies ahead, it is clear that the AUKUS alliance will bring huge advantages to those Australian businesses that position themselves to seize them. 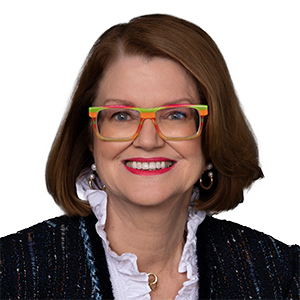