The long-awaited international climate change negotiations in Copenhagen took place from 7 to 19 December.

What follows is an overview of some of the key points arising during this historic and extremely challenging session in relation to the Clean Development Mechanism (CDM) and Joint Implementation (JI). For more information on CDM and JI generally see “ JI – an introduction ” and “ CDM – an introduction ”.

Guidance to the CDM Executive Board

The contact group formed to address the Report of the CDM Executive Board (CDM EB) addressed a series of issues that have been sensitive under AWG-KP discussions on the improvement of the CDM (standardised multi-project baselines, regional distribution of CDM projects, micro-scale renewable energy and energy efficiency projects, and the advancing of funds for the development of CDM projects for countries hosting fewer than 10 CDM projects).

The report “recognises the importance of [CCS] in geological formations as a possible mitigation technology, bearing in mind the concerns related to the following outstanding issues, inter alia:

The report requests that the Subsidiary Body for Scientific and Technological Advice (SBSTA) continue work on the possible inclusion of carbon dioxide capture and storage in geological formations in the CDM by working on the above issues, with a view to CMP 6’s adoption of a decision on this matter. Parties are invited to submit their views on these issues by 22 March 2010, for compilation in to a miscellaneous document for consideration at SBSTA-32 in May/June.

With respect to governance, the CDM   EB  was encouraged to improve the efficiency and impartiality of the CDM’s operation, and the EB was encouraged to strengthen its executive and supervisory role by making effective use of its support structure, including its panels, outside expertise and the Secretariat. It was also encouraged to improve the consistency and transparency of its decision-making processes, and to recommend terms of reference for membership of the EB for consideration by the COP/MOP at CMP 6. The EB was requested to put the CV s of its members on the UNFCCC  CDM website.

On accreditation, the EB was encouraged to develop measures to enhance the impartiality, independence and technical competence of designated operational entities (DOEs), put in place systems for continuous monitoring of their performance, and report back at CMP 6. The EB was asked to establish a procedure to collect information on the number of project activities under validation or verification per auditor, and the time frames and fees for validation and verification, divided by region. The EB was also asked to continue to update the CDM Validation and Verification Manual.

SBSTA was requested to develop standardised baselines that are broadly applicable, while providing for a high level of environmental integrity, and taking into account national circumstances, and to forward a draft decision to CMP 6. Parties, intergovernmental organisations and admitted observer organisations are invited to submit their views on this issue by 22 March 2010 .

Significantly, the CDM EB was encouraged to “explore the possibility of including in baseline and monitoring methodologies, as appropriate, a scenario where future anthropogenic emissions by sources are projected to rise above current levels due to the specific circumstances of the host Party.” This paragraph and other agreed paragraphs will allow the EB to consider ways to address BAU emissions in a national context and move toward sectoral CDM.

SBSTA was also requested to assess the implications of “forests in exhaustion”.

On the registration of CDM activities and issuance of CERs, the EB is asked to continue to revise the rules and guidance on programmes of activities and to more clearly define situations in which DOEs could be held liable for the erroneous inclusion of a project activity.

On review, the COP/MOP decided to revoke annexes III and IV to decision 4/CMP.1, containing existing procedures for review, and requested that the CDM EB develop revised procedures which provide DOEs and project participants with an opportunity to address issues raised in reviews, include an independent technical assessment of the analysis conducted by the secretariat, create a process for the EB to consider objections raised by EB members to the outcomes of assessments, to ensure timely consideration of registration and issuance requests, apply these new procedures as an interim measure and to report to CMP 6 with a view to adoption of the interim measures put in place.

With respect to appeals, the EB has been requested to establish procedures for considering appeals in certain situations. These procedures will be developed following a process of stakeholder consultation, in relation to situations where a DOE may not have performed its duties consistent with requirements of the CMP or EB, or rulings taken by or under the authority of the EB in connection with the rejection or alteration of requests for registration or issuance.

On regional distribution for countries hosting fewer than 10 registered CDM project activities, the EB is requested to develop top-down methodologies that are particularly suited for application in these countries, in accordance with principles and guidelines to be established by the EB, and to introduce a requirement that DOEs report on the work they are undertaking on projects in these countries. The EB is authorised to provide loans from interest accruing on the Trust Fund for the CDM, and voluntary donations, to cover the cost of the development of PDDs, validation and the first verification for projects in these countries. Loans are to be repaid out of the first issuance of CERs.

The Contact Group addressing the Report of the Joint Implementation Supervisory Committee (JISC) also addressed a series of sensitive issues, including the extension of the share of the proceeds to JI projects. The resulting COP/MOP decision has three sections, addressing general issues, governance issues and resources. The preambular sections of the decision emphasise the need to ensure sufficient expertise and financial and human resources to the work of the JISC. The text stresses the importance of constituencies nominating members and alternatives who have the required qualifications, time and commitment to serve on the Committee.

The section on general issues, among other things,

On governance, the Parties encourage the JISC to keep its management plan under review and to make the necessary adjustments to ensure the efficient, cost-effective and transparent functioning of JI, and encourages all JISC stakeholders (JISC, focal points, independent entities, project participants and stakeholders) to make every effort to contribute to a more transparent, consistent, predictable and efficient verification procedure under the JISC.

On resources, the Parties endorse the JISC’s recommended revision to the fee structure, regarding the charging of fees to cover the JISC’s administrative costs, the introduction of fee provisions for projects under programmes of activities, and the reduction of the maximum advance payments for the fee for processing verification reports. The Parties note that the fees accrued to date are less than are needed to cover the JISC’s activities, and request the JISC report to CMP 6 on its financial and budget projections up to 2012 and also analyse when the Committee will become self-financing. 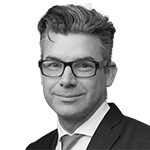 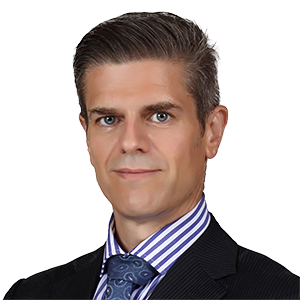