The Cipro MDL judge earlier this month made a significant potential liability finding that has so far drawn little Industry attention. In Butkiewicz v. Bayer Corp., MDL No. 2642, 2021 WL 396819 (D. Minn. Feb. 4, 2021), the Minnesota MDL court predicted that Illinois law would allow a generic personal injury plaintiff's failure to warn claim to proceed against a brand-name manufacturer. "Innovator liability"—the novel plaintiff's theory that brand-name drug makers are liable for injuries caused by a generic equivalent—is highly disfavored, a fact Chief Judge John R. Tunheim conceded despite his verdict : "'[t]he overwhelming national consensus—including the decisions of every court of appeal and the vast majority of district courts around the country to consider the question—is that a brand-name manufacturer cannot be liable for injuries caused by the ingestion of the generic form of a product.'" Id. at *8 (quoting Guarino v. Wyeth, LLC, 719 F.3d 1245, 1252 (11th Cir. 2013)).

In Butkiewicz, an Illinois resident allegedly developed a neurological condition after taking the generic drug ciprofloxacin. The plaintiff sued, claiming the Cipro label (re-produced on his generic product) failed to adequately warn of the risk of this side effect. His suit in Illinois federal court was transferred to the MDL, where defendant brand-name manufacturers sought to dismiss his claims based on his admission that he did not ingest one of their drugs.

The Minnesota court predicted Illinois law would recognize the plaintiff's claim—not under the umbrella of product liability law, but rather as a general negligence or fraud claim. Brand-name drug manufacturers, the Minnesota court found, owe a duty to "guard against injury to generic consumers"; since the brand-name drug maker's label is required to be used on the generic drug label, it is "foreseeable that misconduct by [a brand-name maker] with respect to the warning label could result in injury to a consumer who uses the generic drug." Never mind that a drug maker is responsible for a warning label only by virtue of federal law.

The court acknowledged that "'[g[eneric consumers' injuries are not the foreseeable result of the brand manufacturer's conduct, but of the laws over which the brand manufacturers have no control." Id. at * 23 (quoting In re Darvocet, Darvon, and Propoxyphene Prods. Liabl. Litig., 756 F.3d 917, 944 (6th Cir. 2014) (emphasis added)). But the court brushed past this observation by finding that "the burden of [a brand-name drug maker] to guard against injury to generic consumers from their labeling, and the consequences of that burden, are minimal." Id. (emphasis added).

Let's be clear. Innovator liability is bad policy: punishing "innovators" risks higher drug prices and fewer innovative drugs. But the theory is also bad law: a manufacturer should not be liable for a product it did not manufacture, sell, or supply. The vast majority of US prescriptions are filled with generic drugs. The Minnesota court's approach would expose brand-name manufacturers to liability far beyond their market share, effectively turning them into the insurers.

The Butkiewicz decision joins the minority of cases allowing plaintiffs to assert innovator liability, and thus is an aberration that should stay that way. We'll expect to hear from the 8th Circuit Court of Appeals on the issue, perhaps in the not-too-distant-future. 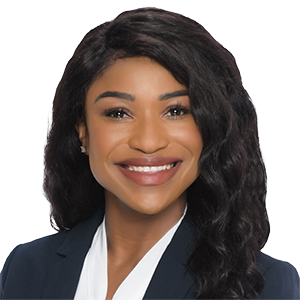