By a two-to-one majority, the Quebec Court of Appeal recently ruled1 that a finding of the Commission des lésions professionnelles (CLP) according to which a worker had not been the victim of psychological harassment and thus did not suffer an employment injury within the meaning of the Act respecting industrial accidents and occupational diseases (IAODA) did not constitute even implicit res judicata for purposes of the worker’s claim of psychological harassment before the Commission des relations du travail (CRT) or a grievance arbitrator applying the Act respecting labour standards (LSA).

The Court of Appeal has thereby overruled a well-established line of authority among grievance arbitrators,2 who have readily accepted preliminary objections based on res judicata in cases involving psychological harassment. The same line of authority has also gained favour with the CLP3 and the CRT4 in recent years and has even been confirmed once by the Quebec Superior Court.5

As a result of the Court of Appeal’s decision, employees who believe they have been the victim of psychological harassment can bring a claim before the CLP alleging an employment injury and, based on the same facts, a claim before the CRT (or a grievance arbitrator) alleging harassment. Unfortunately, such duplication comes at a significant cost to employers and, where employees do not benefit from free representation, also to employees.

The appellant, a nurse holding a management position, filed a claim with the Commission de la santé et de la sécurité au travail (CSST) after being placed on sick leave by her doctor. She claimed that she had suffered a psychological injury as a result of her work, more particularly following a meeting with her boss. Both the CSST and the CLP dismissed her claim, ruling that the evidence did not point to psychological harassment and thus no employment injury had occurred.6

Contemporaneously with her CSST claim, the worker filed complaints of wrongful dismissal and psychological harassment before the CRT. Those complaints were stayed until the CLP had ruled on the matter of employment injury. Having been rebuffed by the CLP, the worker sought to have her claim before the CRT heard.

The CRT allowed the employer’s objection of res judicata and dismissed the worker’s claim, stating that it was bound by the CLP’s finding that no psychological harassment had occurred.7

Ruling on an application for judicial review by the worker, the Superior Court confirmed the CRT’s decision, saying that it was not unreasonable for the CRT to have applied the principle of res judicata.8

Before the Court of Appeal

In its majority decision, the Court of Appeal reversed the Superior Court’s judgment and the CRT’s decision, finding that res judicata did not apply in this case.
Writing for the majority, Justice Bélanger discussed the specific roles given to administrative tribunals and the relative flexibility they have in applying rules of evidence and procedure. The Court thus implied that administrative tribunals should be circumspect in applying the principle of res judicata.

After reviewing the relevant provisions of the IAODA and the LSA, the Court determined that the cause and the object of the claim were not identical, thus failing to satisfy two of the essential requirements for a finding of res judicata.

While acknowledging several times that the CLP’s decision provided a partial answer to the question the CRT was to rule on, the Court of Appeal rejected the application of implied res judicata, according to which where there is an intrinsic relationship between the reasons for a decision and the resulting order, res judicata also applies to the reasons. Thus, where the legal characterization of the facts is the same (whether or not there was harassment), notwithstanding the different objects of the proceedings, that characterization is binding on a second tribunal examining the same facts.

In setting aside the application of implied res judicata, the Court of Appeal drew a parallel with the discretionary application of the common law concept of issue estoppel. However, Justice Bélanger also made it clear that adjudicators have virtually no discretion in matters of psychological harassment. In fact, the Court found that, given the CRT’s exclusive jurisdiction in matters of psychological harassment, it should have simply dismissed the employer’s objection of res judicata. It is therefore difficult to envisage a situation where the CRT could exercise its discretion other than by dismissing an objection of res judicata.

In light of the foregoing and unfortunately for employers, there will continue to be duplicate proceedings based on allegations of workplace harassment and identical facts.

Nonetheless, a glimmer of hope remains. We believe that the Court of Appeal’s reasons for judgment open the door for an appeal to the Supreme Court. Moreover, Justice Giroux’s dissenting opinion suggested that it was not unreasonable to apply the principle of implied res judicata and that the Superior Court’s decision was therefore founded.

Not only is there the possibility of an appeal to the Supreme Court, but the legislator will likely be under pressure to amend the statutes concerned in order to avoid such duplicate proceedings. That could involve amending the IAODA to specify that the CLP has jurisdiction to determine whether there has been psychological harassment and whether it has resulted in an employment injury, and not merely whether the facts, regardless of how characterized, have given rise to such an injury.

Meanwhile, the solution for employers may be found in the Act to group the Commission de l’équité salariale, the Commission des normes du travail and the Commission de la santé et de la sécurité du travail and to establish the Administrative Labour Tribunal, which is to come into force on January 1, 2016. This new law will result in the merger of the CLP and the CRT. In fact, s 19 of the act provides that matters in which the issues in dispute are substantially the same or could fittingly be combined may be joined. So an employer could apply to have an employee’s proceedings based on the same allegations of fact under both the IAODA and the LSA heard together by a single adjudicator or by two adjudicators sitting together. 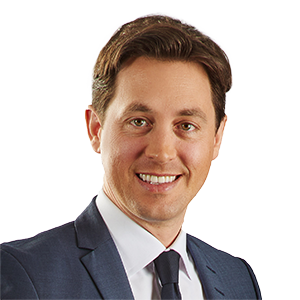