P&G has run into difficulty trying to obtain a summary judgment in the UK against an importer of grey market goods.

P&G applied to the UK Court for a summary judgment against an importer of grey market fragrances. It alleged that the fragrances were imported into the EEA without its consent. On the face of it, this was a straightforward infringement of P&G’s trade mark rights.

Obtaining a summary judgment against the importer would have given P&G a quick Court decision without needing a full trial.

What was P&G’s case?

P&G1 claimed that it had placed fragrances for sale on the market outside the EEA, and that Star Perfumes2 was trading in those fragrances in the EEA without P&G’s consent. This was a classic claim for trade mark infringement under Article 13(1) of the Community Trade Mark Regulation 207/2009 (the Regulation) (this article remains the same under the amending Regulation 2015/2424).

In the alternative, even if P&G had consented to the import of the fragrances into the EEA, Star Perfumes had removed bar codes from some of the products, and this amounted to the goods being changed or impaired and Star Perfumes would be prevented from dealing in them under Article 13(2) of the Regulation.

One further background factor to consider is that Star Perfumes went insolvent shortly before the summary judgment. In reaction to this, P&G applied to have the director (Mr Thakrar) added as a defendant so that costs could be sought from him. The Court allowed this.

What issues did the Court have to consider for summary judgment?

The questions before the judge boiled down to:

Why did P&G not have a realistic prospect of winning on those issues?

P&G had argued that it had a selective distribution network and that it policed and took action against any occurrence of traded grey goods that it discovered. On this basis, there was no way that it could have tolerated, let alone consented to, the trade of grey market goods.

To counter this, Star Perfumes produced email evidence that millions of pounds of fragrances (in one case, a £15 million order) had been supplied inside the EEA to distributers that were not part of P&G’s selective distribution network. Star Perfumes also submitted that there was a noticeable increase in grey market P&G fragrances towards the end of each P&G quarter and each P&G financial year because, they asserted, P&G staff were seeking to meet quarterly and annual sales targets and were actively using the grey market to meet those targets.

The Court was not convinced that P&G made a genuine attempt to police and enforce its grey market traded goods. Although P&G had sent a cease and desist letter to Star Perfumes, this had been back in 2008. Further, it hadn’t given sufficient details of the products (in both the initial letter and two further warning letters) for Star Perfumes to identify them.

The last of these initial warning letters was purported to be a “final warning”, but P&G took no further action until 2014 (1 day before the 6 year limitation period expired). P&G then waited for over another year to apply for summary judgment (in September 2015), and the hearing for the summary judgment was not arranged until February 2016. This was 15 months after commencement of the proceedings, and nearly 8 years after the initial cease and desist letter.

Star Perfumes claimed that this type of behaviour was only a token effort by P&G to keep its selective distributors happy, and that it had no real intention to enforce its trade mark rights against Star Perfumes.

The suggestion that P&G’s selective distribution network was leaky, and that P&G’s enforcement of its rights was not as assiduous as it claimed to be, persuaded the Court that the question of whether P&G had given its consent to the import of the fragrances needed further investigation at trial.

Who had to prove that P&G had given or not given its consent?

The Court thought that deciding where the burden of proof lay was a difficult question and would need to go to trial. It considered that if Star Perfumes were to investigate its supply chain, that there was a risk that suppliers would cease supply (and thereby partition the market). Further, as P&G used a selective distribution network it was more able to control and maintain different prices in different member states, and to suppress competition.

Even if P&G had given consent to trade in the EEA, could it rely on the BMS Conditions being applied to the fragrances?

Where a proprietor has exhausted its rights within the EEA, it may still prevent its goods being traded if the condition of the goods has been damaged. This exception is set out at article 13(2) of the Regulation. However, the exception will not apply if the defendant has complied with 5 conditions, known as the BMS Conditions.

Accordingly, the Court considered that it was a difficult and fact-sensitive issue which would need to go to trial.

Further, the Court noted that for the purposes of the summary judgment application, P&G was unable to say that the decoding would be noticed by consumers or affect the reputation of the fragrances.

Joining the director to the proceedings

The issues around Mr Thakrar’s personal liability were still to be tried at trial. If the Court gave summary judgment on the above issues, then Mr Thakrar would be bound by them at trial.

Many of the complaints related to alleged historic infringements, and deciding Mr Thakrar’s liability in relation to those would be a complex matter. Accordingly, the Court considered that it would be unfair to Mr Thakrar to give summary judgment against him on the above issues. 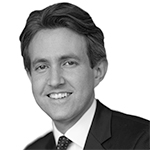