Antitrust class actions in the United States have a long and much scrutinized history and have set the standard for similar actions worldwide. Proponents of class action reform have targeted 2017 for a new class action law aimed at imposing national uniformity of procedure. In this article, we comment on the proposed legislation and what this means in terms of class certification. We also review the latest federal case law on "predominance," which is frequently the key issue in antitrust class certification in the US.

In March 2017, the US House of Representatives (the House) passed legislation that would revise federal class action practice. The House approved the "Fairness in Class Action Litigation and Furthering Asbestos Claim Transparency Act of 2017" (H.R. 985) by a relatively narrow 220-201 margin.

Similar legislation passed the House in 2016, but died in the Senate. However, as President Trump is viewed as a likely supporter of the new legislation, opponents are preparing for battle in the Senate. If passed, the new law would make changes to US class action procedures in all substantive areas. Some of the highlights are as follows:

Some of these proposals have been required in certain jurisdictions under various court decisions, but a federal statute would make their application uniform in all federal courts. Leaders of the class action plaintiff bar have committed to oppose the bill.

The proposed legislation would be likely to increase opportunities for defendants to defeat class certification, but the predominance inquiry will undoubtedly remain a crucial consideration in determining whether an antitrust claim is suitable for class certification. This is because, in determining class certification in the US, the "predominance" issue in cases that require individualized proof on liability issues is the overriding question. In particular, no liability issue is under more scrutiny during class certification than antitrust impact or injury. The US Supreme Court in Brunswick Corp. v. Pueblo Bowl-O-Mat, Inc. explained that claimants “must prove antitrust injury, which is to say injury of the type the antitrust laws were intended to prevent and that flows from that which makes defendants’ acts unlawful” and that the alleged injury “should reflect the anticompetitive effect either of the violation or of anticompetitive acts made possible by the violation.” Some courts have allowed plaintiffs to satisfy the predominance requirement by demonstrating merely that they plan to prove antitrust impact at trial using common evidence. Similarly, in an antitrust conspiracy case, some courts have held that common proof of the alleged conspiracy is sufficient to satisfy the predominance requirement. Other courts, however, have imposed more stringent requirements on plaintiffs at the class certification phase. The Third Circuit, for example, requires that plaintiffs offer common proof of more than merely a common conspiracy; rather, plaintiffs must demonstrate that class-wide issues will predominate over individual issues with respect to:

Furthermore, the Supreme Court’s decision in Comcast Corp. v. Behrend, emphasizes that predominance is lacking, and certification is thus inappropriate, when the damage model put forward by the class is not tied directly to the liability theory that is certified. In that case, plaintiffs alleged four theories of antitrust impact but the district court only found one of those theories “capable of class-wide proof.” The plaintiffs’ expert proffered a damages model that calculated damages based on all four theories and did not isolate damages resulting from any one theory of antitrust impact. This failure made the case unsuitable for class certification. The Court ruled that “[A] model purporting to serve as evidence of damages in this class action must measure only those damages attributable to [the certified liability] theory. If the model does not even attempt to do that, it cannot possibly establish that damages are susceptible of measurement across the entire class for purposes of Rule 23(b)(3).”

On the other hand, courts have indicated that individualized questions as to the calculation of class members’ damages alone will not suffice to defeat predominance at the class certification phase. For example, in In re Scrap Metal Antitrust Litigation, the Sixth Circuit affirmed the certification of a class in which the defendants had argued that damages could not be calculated on a class-wide basis. The court rebuffed defendants on appeal, finding that defendants “erroneously assume that the issue of damages must predominate.” Instead, the court concluded that proof of conspiracy as a common question predominated over other issues, and that “[e]ven where there are individual variations in damages, the requirements of Rule 23(b)(3) are satisfied if the plaintiffs can establish that the defendants conspired to interfere with the free-market pricing structure.” Where damages issues will require individual proof, some courts have embraced limited certification of a class for liability purposes and conducted separate individual trials where necessary on damages issues. If enacted, however, the proposed legislation described above may restrict this type of partial certification. And even without this legislation, some courts have denied class certification on the basis that separate “mini-trials” on damages issues would threaten to overwhelm the benefits of class certification on liability issues, counselling against certification under both the predominance and superiority requirements of Federal Rule of Civil Procedure 23(b)(3).

In addition to Comcast, a prominent example from the Third Circuit of the treatment of the predominance inquiry is In re Hydrogen Peroxide Antitrust Litigation. In that case, the district court certified a Rule 23(b)(3) class of purchasers of hydrogen peroxide and related chemical products, noting that the plaintiffs only needed to make a “threshold” showing to satisfy the predominance requirement. Because the district court found that plaintiffs had an “intention” to try the case in a manner that satisfied the predominance requirement, it certified the class. On appeal, the Third Circuit vacated the decision. The appellate court emphasized that “[antitrust] impact often is critically important for the purpose of evaluating Rule 23(b)(3)’s predominance requirement because it is an element of the claim that may call for individual, as opposed to common, proof.” Because the district court required only a “threshold” showing, the appellate court concluded that it had failed to conduct the “rigorous analysis” required under Rule 23(b)(3) and remanded the case for more complete consideration.

Similarly, the Third Circuit clarified the application of the predominance requirement under Rule 23(b)(3) to antitrust claims in American Seed Co. v. Monsanto Co. The plaintiff in American Seed argued that it could establish a presumption of class-wide antitrust impact through the use of common proof. After examining the opinions of the plaintiff’s expert, the district court concluded that the expert had not demonstrated the validity of his theory of impact by comparing the theoretical results generated by the expert’s theory to actual data made available by defendants in discovery. The district court denied class certification, and the Third Circuit affirmed, holding that the putative class must support its proposed presumption of antitrust impact with “some additional amount of empirical evidence.”

Despite predictions that Comcast and Hydrogen Peroxide might lead to fewer antitrust class certifications, courts have subsequently approved classes. The First, Third, Seventh, and Tenth Circuits, for instance, have all resolved certification appeals in favor of the plaintiffs in recent years, finding predominance satisfied.

Even if the new federal statute is not enacted, Federal Rule of Civil Procedure 23 will remain the key to determining the type of antitrust claim that is appropriate for class certification, and the predominance analysis of each case will turn on unique facts. 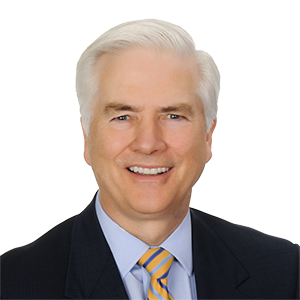 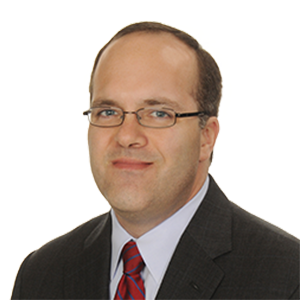