Following up on the enforcement of the new Moroccan competition law regime 4 months after the appointment of the new Competition Council in December 2018, a few “unwritten” – yet important – peculiarities can already be noted that should be taken into account by businesses.

Although a number of rules were already applicable in practice, this landmark event has brought significant changes both in relation to (1) merger control, and (2) anticompetitive practices. Moreover, the CC’s first decisions have revealed a number of procedural specificities that are not provided in the law but may have significant impacts on businesses, in particular as regards merger control procedures.

The notification files must follow the form set out by decree n°2-14-652 of 1st December 2014, which is significantly more detailed than the previous form. In addition, it must be noted that, even if the decree does not specify it, the required summary of the concentration which will be published by the CC to allow third parties commenting on the transaction must be provided not only in French but also in Arabic.

In practice, the first merger control decisions have shown that the CC only considers a notification complete once the case handler has met the notifying party in person and, as the case may be, received any additional information it has requested during such meeting. In some cases, case handlers only invited the notifying parties to such meeting several weeks after receiving notifications. It is therefore important to ask for such meeting in advance in order to avoid any undue delay.

The details of the two notification phases can be summarized as follows:

In addition, a new stop-the-clock procedure has been created. The parties may ask for a suspension of the examination period for a maximum of 20 days in case of ‘particular necessity’ (eg, to finalise the commitments). 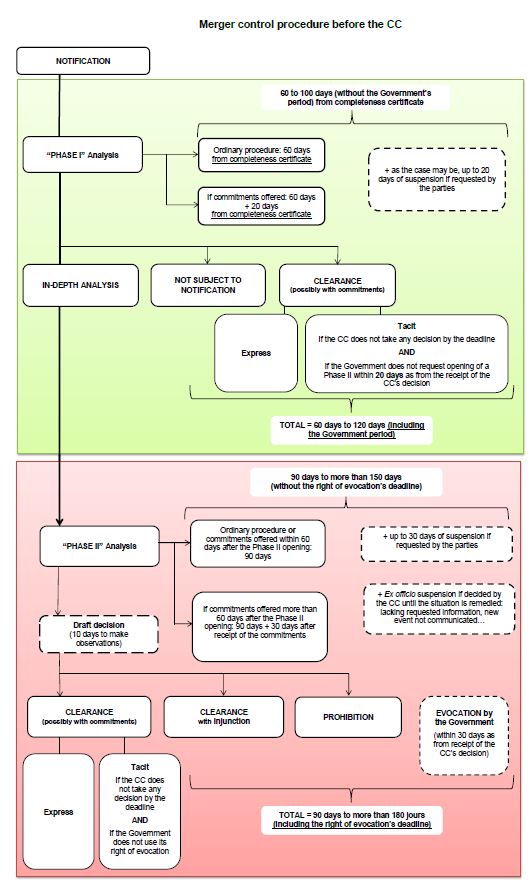 These open matters are likely to keep the new CC quite busy in the months to come. 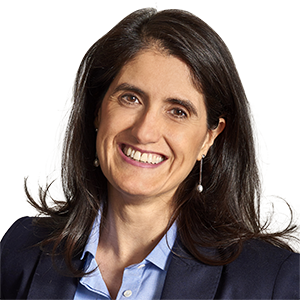 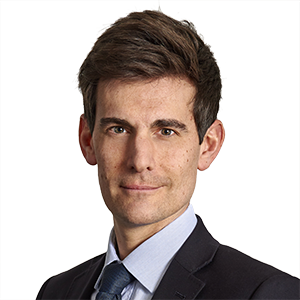