Chapter 15 of the US Bankruptcy Code is a popular vehicle for foreign debtors and representatives to pursue an insolvent estate’s claims in US courts, providing an array of procedural tools and practical benefits, including broad pre-litigation discovery, nationwide contacts for personal jurisdiction and access to commercially sophisticated US bankruptcy judges.  However, Chapter 15 expressly prohibits foreign representatives from using the Bankruptcy Code’s avoidance powers to unwind fraudulent transactions, which in some cases may be the primary source of recoveries for creditors.  Notwithstanding Chapter 15’s prohibition on the use of federal bankruptcy avoidance powers, foreign representatives may bring state law avoidance actions if they have the requisite authority to do so under applicable foreign and nonbankruptcy law.  In recent years, two bankruptcy courts have analyzed foreign law to determine whether a foreign representative had standing to bring fraudulent conveyance claims under New York law, and ultimately reached different results.

In Hellas, private equity giants TPG Capital and Apax Partners acquired Hellas Telecommunications, the third largest wireless telecommunications company in Greece, through a leveraged buyout in 2005.  In 2006, TPG and Apax tried—but failed—to resell the company.  They then caused the company to take on more than €1 billion in additional debt and paid themselves the proceeds of those loans.  Two years later, the company commenced UK insolvency proceedings, was eventually placed into liquidation, and the joint liquidators were appointed to investigate the company’s dramatic downfall.

As an initial matter, the US bankruptcy court confirmed that the NYDCL confers standing to pursue fraudulent conveyance claims only on creditors and persons authorized to assert claims on the creditors’ behalf.  Consequently, the bankruptcy court reasoned that the liquidators’ standing to pursue the NYDCL claims turned on whether applicable UK insolvency law authorized the liquidators to assert claims on behalf of the debtor’s creditors.  The bankruptcy court adopted a narrow, literal interpretation of both the NYDCL and UK law and held that, although UK law grants liquidators broad authority to assert claims on behalf of the insolvent debtor, it does not expressly confer upon a liquidator standing to assert claims on behalf of that debtor’s creditors.  The bankruptcy court’s narrow interpretation was based, in part, on the US Court of Appeals for the Second Circuit’s prior decision in Eberhard v. Marcu.[4]  In Eberhard, the Second Circuit denied standing to a court-appointed securities receiver to bring claims for actual fraudulent conveyance under the NYDCL and expressly held that “a receiver’s standing to bring a fraudulent conveyance claim turns on whether the receiver represents the transferor alone, or instead, also represents a creditor of the transferor.”[5]  Relying on the Eberhard court’s analysis, the Hellas court dismissed the NYDCL actual fraudulent conveyance claim for lack of standing.[6]

In Banco Cruzerio, the Florida bankruptcy court faced similar facts to Hellas, and nearly identical claims, but reached a different conclusion.  In Banco Cruzerio, Banco Cruzeiro do Sul, S.A., a family-owned Brazilian bank, was used to conduct a fraudulent “pay day” loan scheme through which its principals allegedly diverted millions of Brazilian reais from the bank for their personal use.  Some of the diverted funds were used to buy real and personal property, including two New York City apartments and various works of art (which assets were indirectly owned by the bank’s principals through closely held companies).  In 2012, criminal and civil proceedings commenced against the principals, the bank was placed into liquidation, and the bank then filed a Chapter 15 petition with the US bankruptcy court seeking recognition of the Brazilian liquidation proceeding.  After the bankruptcy court granted the bank’s request for recognition, the Brazilian court appointed a trustee to administer the bank’s estate.

The trustee commenced an adversary proceeding against the principals’ US companies asserting claims under the NYDCL for actual and constructive fraudulent conveyance with respect to the New York City apartments and artwork.  The defendants moved to dismiss arguing, among other things, that Chapter 15 precludes the trustee’s NYDCL claims.  The bankruptcy court disagreed.

The bankruptcy court engaged in a brief analysis of Brazilian law and determined that the trustee has a duty to represent the interests of the “Massa Falida” and its creditors.  Under Brazilian law, the Massa Falida is comparable to a debtor’s estate under US bankruptcy law, but is broader in scope encompassing “all causes of action that arise out of the insolvency, regardless of whether . . . they belong to creditors.”  Thus, the bankruptcy court found that the trustee represents the creditors of the estate under Brazilian law and therefore adequately plead standing to assert the NYDCL claims.  Unlike the Hellas court’s interpretation of UK insolvency law, the Banco Cruzeiro court seems to have broadly interpreted Brazilian law to find that the trustee has the authority to act on the creditors’ behalf and not just in their interests as an estate fiduciary.

[3] In US bankruptcy cases, a trustee’s standing to bring state law fraudulent conveyance claims is generally uncontested as Bankruptcy Code section 544 expressly confers the trustee with the ability to “stand in the shoes” of the bankruptcy estate’s unsecured creditors and “avoid any transfer of an interest of the debtor in property or any obligation incurred by the debtor that is voidable under applicable law by a creditor holding an unsecured claim . . . .” 11 U.S.C. § 544(b)(1).

[4] 530 F.3d 122, 129-33 (2d Cir. 2008).  The Hellas court’s ruling was also consistent with an earlier Chapter 15 decision from the US District Court for the Southern District of New York in Barnet v. Drawbridge Special Opportunities Fund LP, No. 14-CV-1376 PKC, 2014 WL 4393320, at *1 (S.D.N.Y. Sept. 5, 2014).  In Barnet, the court dismissed NYDCL fraudulent conveyance claims asserted by an Australian liquidator after finding that the liquidator was acting in its capacity as the debtor’s estate’s representative, and not as a representative of the estate’s creditors. 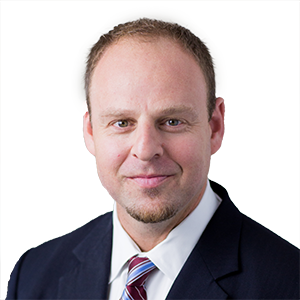 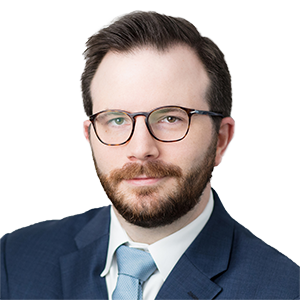