A significant shipping case The STX Mumbai [2015] SGCA 35, has considered two novel points of law related to the doctrine of anticipatory breach of contract. This is a concept which allows a party to treat a contract as breached and discharged in circumstances where the other party demonstrates by its words or actions that it will not perform its contractual obligations.

The judgment, handed down by a panel of five judges of the Singapore Court of Appeal, is relevant not only to the shipping industry but for any sector experiencing financial difficulties or operating in an uncertain market.

Firstly, the “STX Mumbai” judgment has clarified the scope of the doctrine of anticipatory breach in Singapore, such that it applies equally in cases of “executed contracts” (where one party has performed its contractual obligation, for example, supplying goods and/or services, whilst the other has not) as it does in cases involving so called “executory contracts”, i.e. where both parties have still to perform their respective obligations. This will be welcome news for service providers and sellers of goods who perform in exchange for deferred payment terms (as is often the case) because it may offer them another avenue of legal remedies.

Secondly, the Court of Appeal tackled the question of whether insolvency could be the basis for invoking the doctrine of anticipatory breach. The upshot is that, in certain circumstances, insolvency may be used as a grounds for invoking anticipatory breach. Sellers of goods and service providers should take comfort in this ruling, particularly those operating in financially unstable markets.

The facts of the case in brief

Transocean Oil Pte Ltd (Transocean), a Singapore company, supplied bunkers to POS Maritime VX SA (the Ship Owner), the registered owners of the ship “STX Mumbai”, on the instructions of STX Corporation, as agent for the Ship Owner. The payment terms stated that the Ship Owner was required to pay for the bunkers within thirty days of the letter of supply, which would have been 16 June 2013.

Transocean had also dealt with STX Corporation for the supply of bunkers to four other ships, which it assumed were “part of a conglomerate of related companies”. One of these four ships and the “STX Mumbai” named STX Pan Ocean as “group owner”.

In the days leading up to 16 June 2013, a number of events took place which Transocean claimed led it to believe that payment would not be made by the Ship Owner on the due date. These included a missed payment for bunkers in respect of one of the other four STX Corporation ships and the release of news reports that one of STX Pan Ocean’s ships had been arrested and that STX Pan Ocean had filed for bankruptcy in South Korea.

On 13 June 2013, Transocean demanded payment for the bunkers from the Ship Owner. The Ship Owner did not pay and the following day Transocean arrested the “STX Mumbai”.

History of the proceedings

Transocean then appealed to the Court of Appeal.

The issues on appeal

The key questions for the Court of Appeal to determine were as follows:

However, the Singapore Court of Appeal unequivocally held that the doctrine of anticipatory breach can be invoked regardless of whether a contract is executory or executed. In arriving at this conclusion, the Court considered what it described as “the traditional view” on this issue, namely that there is an implied promise (made, in this case, by the party receiving the bunkers) not to prevent the innocent party (the supplier) from performing their part of the contract. The Court of Appeal judges found this implied promise concept to be artificial. The Court noted, in particular, that the theory was difficult to apply to circumstances such as bunker supplies where the bunker supplier fulfilled their part of the contract at the very outset so, in reality, there was nothing more that their contractual counterpart could be required to promise not to interfere with. In other words, the implied promise became redundant in these circumstances.

The alternative approach favoured by the Court was, in essence, that in circumstances where the defendant has evinced a clear intention that it will not perform its obligations then, as a matter of principle and logic, that clear intent may be considered as the basis for holding that an actual breach has, in substance, taken place even though the time for performance (i.e. payment) has not yet arrived.

The Court of Appeal was also focused on reaching a conclusion based on principles of justice and fairness. In this respect, the Court concluded that it would be unfair to allow the doctrine only to apply to executory contracts (and not executed contracts) because that would result in leaving an innocent party who has already performed its contractual obligations in a worse position than one who has not yet performed but is willing to do so.

The Singapore Court of Appeal recognized and acknowledged that, in general, insolvency, in and of itself, cannot amount to anticipatory breach. However, the Court concluded that the line of authorities for that proposition could be distinguished on their facts from the circumstances in the STX Mumbai case. In this respect, the Court examined circumstances in which a liquidator might elect to adopt a contract on the basis that it would be beneficial to the insolvent company’s interests. Their conclusion was that a bunker supply contract was very different in nature and thus not likely to be adopted by liquidators because the debtor had already had the full benefit of the services and thus to settle the debt would potentially breach the liquidator’s duties in terms of treating all creditors even handedly. The Court of Appeal did stress the view that a proper appreciation of the factual matrix behind the insolvency would ultimately determine whether the contract had become impossible to perform (and thus whether an anticipatory breach had been committed). However, the issue for the Court of Appeal was whether the bunker supplier’s case was legally unsustainable and thus capable of being disposed of (“struck out”) without a full trial. The full facts, therefore, including the question as to whether the bankruptcy at group level could or would affect the ability of the ship owner within the group to pay for its bunkers, would be referred back to the lower court for determination at a full trial.

What does this mean for ship owners and suppliers of goods and services?

The judgment will no doubt be welcomed by sellers of goods and suppliers of services that operate on deferred payment terms, particularly in today’s volatile and unstable markets, because it provides a basis for taking early steps to protect their position, especially in insolvency cases. That said, if the approach to be taken is to conduct a detailed analysis of the factual matrix behind an insolvency to determine whether that insolvency does or does not give rise to an anticipatory breach, then any arrests to enforce such a suspected breach will carry some degree of inherent risk, not least because the arresting party will almost certainly not be in possession of all of the facts.

Bunker suppliers in these circumstances may also need to consider whether the very recent English Supreme Court decision in The Res Cogitans [2016] UKSC 23 affects their particular situation which partner Roger Heward considers here. Suffice to say, that a close examination of the terms of a Retention of Title clause would be required before deciding which avenue to proceed along in seeking a remedy. 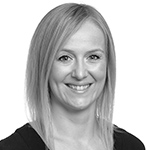