On 26 November 2014, a new directive on antitrust damages actions entered into force.1 The directive was introduced to harmonise the procedural rules for antitrust/competition damages actions across all EU Member States, making it easier for victims of anti-competitive conduct to obtain compensation for loss suffered.

The directive includes a number of claimant-friendly measures that will likely give rise to an increased number of antitrust/competition law claims, including: (i) the introduction of a disclosure regime across all Member States; (ii) confirmation that indirect purchasers are entitled to issue proceedings directly against cartelists; (iii) confirmation that cartelists (with the exception of leniency applicants) are jointly and severally liable for the entire loss caused by a cartel; and (iv) the introduction of a rebuttable presumption that cartels cause harm.

On the other hand, the directive also contains safeguards to ensure that: (i) companies are not incentivised to bring vexatious claims and abusive litigation; and (ii) the Commission’s leniency programme is not undermined.

Damages claims are already relatively common in a number of EU Member States, including the UK, Germany and the Netherlands. Although the directive will have a significant impact on the law in some Member States, we would not expect it to have a significant impact on the position in Member States, such as the UK, where the law has already developed beyond the standard set out in the directive. In particular, the UK’s adoption of a US-style “opt-out” system for collective actions and its developed procedural rules are likely to ensure that the English courts will remain the forum of choice for antitrust/competition damages claims.

Antitrust/competition damages have been a hot topic for over a decade. The European Commission has repeatedly expressed concerns that:

The Commission published a Green Paper2 on this topic in 2005 and a White Paper3 in 2008. However, it was not until June 2013 that concrete proposals for reform in this area were advanced with the European Commission publishing a draft legislation package. This publication was followed by discussions between the EU institutions before the draft text was approved on 26 March and entered into law on 26 November 2014.

The main provisions of the directive

The new directive introduces rules to make it more attractive for claimants to bring private damages claims whilst ensuring that: (i) companies are not incentivised to bring vexatious claims and abusive litigation; and (ii) the risk of claims does not deter applicants under the Commission’s leniency programme. This programme is fundamental to the Commission’s detection and prosecution of antitrust/competition law infringements – in excess of 85 per cent of the Commission’s cartel cases have been triggered by leniency applications. The EU has accordingly taken a cautious approach; in particular, the EU has rejected the adoption of a US-style “opt-out” class action system.

The main provisions of the directive are as follows.

Passing-on – the position of indirect purchasers

The directive confirms that indirect purchasers are entitled to issue proceedings directly against a cartel to recover loss suffered even though they did not directly contract with any of the cartelists. From a policy perspective, it makes sense that any person that suffered loss as a result of anti-competitive conduct should be able to claim against those responsible for that loss regardless of where that person sits in the supply chain.

Controversially, the directive introduces a rebuttable presumption that cartels cause harm. The directive envisages that courts in EU Member States will have the power to estimate the amount of loss suffered if it is established that a claimant suffered loss but the exact amount of loss suffered is excessively difficult to quantify.7 This presumption does not however prevent defendants adducing evidence that the competition law infringement had no effect on the claimant.

The directive requires Member States to introduce rules that cartelists are jointly and severally liable for all of the loss caused by the cartel, which means that a claimant can recover its entire loss from a single cartelist (subject to the exemption described below). This position is already recognised by the English courts and is one of the features of the UK regime that has made it attractive to claimants.8

However, a company that has been granted immunity under a leniency programme (i.e., a 100 per cent reduction on fines) will be exempt from this general rule and will not be jointly and severally liable for the entire harm caused by the cartel; they will only be liable for loss concerning their own sales. This exception is designed to avoid discouraging potential immunity applicants and indeed provides a further incentive to apply for immunity. The immunity applicant is an obvious target for bringing a claim as it has admitted liability and will not therefore be able to appeal against the infringement decision and rely on on-going proceedings to delay determination of damages claims. At present, this means that immunity applicants are often front and centre in damages claims, needing to pursue their fellow cartelists for a contribution to any damages awarded. Going forward, immunity applicants will be a significantly less attractive target for potential claimants.9

A defendant that settles a claim will be protected from contribution claims by co-defendants that subsequently settle or that are subject to damages awards.10 Thus, a non-settling co-defendant cannot come after a defendant that has already settled for a further payment. The effect of this provision will be to increase the incentives on defendants to settle early, as there will be a prospect of getting out of litigation early at a lower cost for their share of the losses caused by a cartel infringement.

The directive requires Member States to introduce a disclosure regime whereby cartelists will be required to disclose relevant evidence to claimants. The lack of available evidence has been cited by the Commission as one of the key obstacles facing victims of cartel conduct in bringing claims. Disclosure is not a new phenomenon in damages claims - for example, the UK has a well-established disclosure regime that exceeds the requirements of the directive and provides broad access to relevant documents.11

The directive’s disclosure requirement is not absolute; a defendant to a competition/antitrust damages claim will not be required to disclose self-incriminating leniency statements or settlement statements (although the documents which accompany those statements will be disclosable - confirming the position established on this issue in Pfleiderer12 and National Grid13). This approach is designed to ensure that leniency applicants and settlement parties are not disadvantaged as compared to the other infringing parties in private litigation.14

The impact of the directive on the claimants’ forum of choice

Although the directive will achieve the Commission’s aim of removing a number of the procedural barriers to bringing private damages claims in many EU Member States, the incentives for claimants to bring pan-EU claims in particular “claimant friendly” jurisdictions – such as the UK, Germany and the Netherlands – are likely to remain unchanged.

Indeed, although the purpose of the directive is to introduce a minimum standard across the EU, many of the factors that make these jurisdictions attractive – such as favourable procedural rules, experienced judiciaries and efficient case management – will remain. In addition, it remains open to Member States to introduce legislation that goes beyond that required by the directive.

In fact, the UK is likely to become increasingly claimant-friendly with the introduction of a US-style “opt-out” system for collective actions15 – i.e., US-style class actions in all but name, a proposal rejected by the EU.

We can therefore be certain of two things: the significant increase in private competition law claims seen in Europe in recent years will continue, and the UK will continue to be a preferred jurisdiction for bringing these claims.16 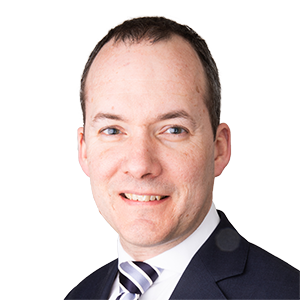 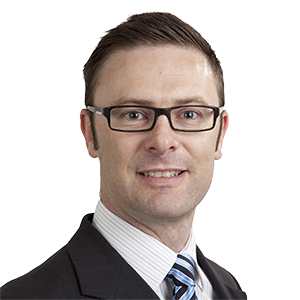