The 60-day overpayment rule was created by § 6402(d) of the Affordable Care Act. It requires any overpayments made to Medicare or Medicaid to be returned to the Government by the "date which is 60 days after the date on which the overpayment was identified[.]" 42 USC § 1320a-7k(d)(2)(A) (emphasis added). Failure to report and return the overpayment within the 60-day time period is actionable under the FCA. However, the text of the ACA does not define the word "identify," which has resulted in confusion for both the Government and providers alike.

The case, Kane v. Healthfirst Inc. et al., No. 1:11-cv-02325, involved allegations that a software glitch involving Healthfirst, Inc., a private insurer, caused three defendant hospitals operated by Continuum Health Partners, Inc. ("Continuum") to submit improper claims to New York's Medicaid program. After discovering the software glitch, Continuum employee Robert P. Kane was tasked with determining which claims had been improperly submitted to Medicaid. In a February 4, 2011 internal email, Kane provided a list to Continuum of more than 900 claims that he believed had been incorrectly billed to Medicaid. Continuum took more than two years to return the overpayments that it had received as a result of the private insurer's software glitch, and Kane filed this qui tam FCA suit in 2011. The defendants filed motions to dismiss on September 24, 2011.

The Government argued that Kane's February 4, 2011 list of improper claims properly "identified" overpayments under the ACA and, therefore, started the 60-day refund clock under the FCA because the word "identify" was synonymous with the word "known," defined in the FCA as actual knowledge, reckless disregard, or deliberate ignorance. Additionally, the government contended that rather than acting promptly to return the identified overpayments, the defendants not only fired the whistleblower but also took more than two years to fully reimburse the Medicaid program. On the other hand, Continuum argued that Kane's February 4th email did not "identify" any overpayments, but rather, merely served as notice of potential overpayments, as it did not indicate which of the 900 claims were actually paid by the Medicaid program. In fact, even the Government agreed that almost half of the claims initially identified by the whistleblower turned out to have never been submitted or paid. Accordingly, Continuum contended that until all necessary analysis was accomplished, the affected claims had not been "identified," which they argue does not occur until the health care provider has actual knowledge of the overpayment.

In denying the defendants' motions to dismiss, Judge Ramos analyzed dictionary definitions of the word "identify" and the legislative history of the FCA, the Fraud Enforcement and Recovery Act of 2009, and the ACA. Based on his review of the legislative history, he concluded that Congress intended for the FCA overpayment clock to start once a provider has a duty to return money to the Government even when the provider has not yet determined the actual amount owed. Judge Ramos stated that the defendants' interpretation of the word "identify" would "make it all but impossible to enforce" the FCA's 60-day rule.

If followed by other courts, this ruling will have significant effects on providers who have received information that potential overpayments may exist. Practically speaking, determining first whether an overpayment actually exists through an investigation and then determining the amount of an overpayment that must be repaid is a complicated process that may often be impossible to complete within 60 days. Although Judge Ramos acknowledged that this ruling would result in a "stringent – and, in certain cases, potentially unworkable – burden on providers," he stated that the "ACA itself contains no language to temper or qualify this unforgiving rule" even when a provider "fails [to] timely [] return an overpayment but acts with reasonable diligence in an attempt to do so."

However, the opinion also noted in dicta that the Government should use prosecutorial discretion when bringing an action against providers who are working to address any overpayments with reasonable speed, as those providers might not be acting with actual knowledge, reckless disregard, or deliberate ignorance as to the existence of an overpayment. Therefore, under this ruling, providers who receive information that indicates a potential overpayment may exist should work to quickly investigate and analyze whether such an overpayment actually exists. Such swift, attentive action might prevent the 60-day clock from running, as a provider could argue that it was not acting with actual knowledge, reckless disregard, or deliberate ignorance of the overpayment. It is important to note, however, that how the Government and courts interpret this ruling will only be seen once other FCA enforcement actions are brought under the 60-day overpayment rule.

It is unclear whether the Centers for Medicare & Medicaid Services will confirm or render moot Judge Ramos's decision, as the industry is still awaiting a final regulation regarding health care providers' obligations to return overpayments within 60 days. CMS delayed finalizing this rule for one year in February 2015 due to numerous comments, feedback from internal stakeholders, and continuing collaboration with the Department of Justice and Office of Inspector General. Significantly, the proposed rule defined the term "identified" to mean actual knowledge of whether an overpayment exists or acting in deliberate ignorance or reckless disregard of an overpayment, which comports with Judge Ramos's decision.

In addition, yesterday, a home health provider announced a nearly $7 million settlement to resolve allegations that it failed to investigate credit balances on its books and to refund identified overpayments. This settlement – the first of its kind relating to credit balances – coupled with Judge Ramos's decision may further embolden the government and encourage the industry to settle these cases to avoid the risk of FCA liability. Providers may also be more likely to take proactive action by submitting voluntary self-disclosures through established protocols, such as through the Office of Inspector General's protocol for potential violations of federal laws, because submission generally stops the 60-day clock for purposes of refunding overpayments.

Subscribe by email to the health law pulse for more leading insight on legal developments in the healthcare industry. 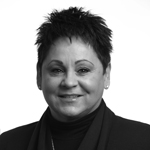