This case is the first of its kind and serves as a reminder to be aware of the laws introduced to protect small businesses from unfair terms in business-to-business contracts.

When does the unfair contracts regime apply?

In summary, the unfair contracts regime applies where:

How is the unfair contracts regime relevant to retail leases?

The ACCC’s consultation and review uncovered some customary clauses in retail leases which the ACCC considers fall into the category of an “unfair term”.

These examples are only some terms which may fall into the category of an “unfair term” and, until enforcement action is taken by the ACCC, we cannot determine with certainty which terms may fall into this category. That being said, these examples are common terms seen in many shopping centre leases.  Landlords should be reminded to take particular care to review the terms of their standard form lease (in a business-to-business context) and assess whether the terms can be justified as reasonable before imposing those terms on small business.  Likewise, relevant tenants should approach lease negotiations confidently to ensure terms of this nature are removed from leases and a more balanced position is achieved.

All information contained in this Legal Alert has been obtained from the document titled “Unfair terms in small business contracts: A review of selected industries” prepared by the ACCC dated November 2016. 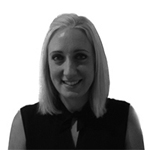