In June 2017 the Sardinia Region revoked the single authorisation (autorizzazione unica) granted to an agricultural limited liability company in October 2010 for the construction and operation of a photovoltaic plant on top of the roofs of certain greenhouses located in the Municipality of Bonnanaro, Province of Sassari, pursuant to Article 12 of Legislative Decree No. 387/2003. The main reason which led the Region to revoke the single authorisation was that the company had allegedly lost both its status as agricultural company and the availability of the land, because it had granted a third party a licence to use the land (comodato d’uso gratuito), with the obligation to cultivate it.

Within the 60-day statutory period, the company filed an appeal with the competent Regional Administrative Court (Tribunale Amministrativo Regionale) to obtain the annulment of the revocation order. The grounds for the company’s appeal are summarised below, and are both procedural and substantive.

From a substantive perspective, the plaintiff relied upon the provisions of Article 2135 of the Italian Civil Code and Article 1 paragraph 423 of Law 266/2005. This provides that the qualification of agricultural entrepreneur may be attributed to anyone who exercises any of the following activities: land cultivation, silviculture, livestock farming, and ancillary activities. The production and sale of electrical and thermal energy from agroforest renewable sources up to 2,400,000kWh per year, and photovoltaic sources up to 260,000kWh per year, shall be deemed as an ancillary activity productive of agrarian income.

By means of ruling No. 90 of February 4, 2019 the Regional Administrative Court of Sardinia fully accepted all the grounds of appeal brought by the plaintiff and annulled the revocation order issued by the Sardinia Region.

It is irrelevant that the land cultivation activity is performed by a third party who is not the holder of the single authorisation. It is instead significant to note that the land is in fact cultivated, regardless of whether the cultivation activity is only indirectly carried out by the holder of the single authorisation’ (as licensor), through a third party (as licensee).

Legislation seeks to encourage the production of energy from renewable energy sources and, when it comes to authorisation of industrial renewable energy plants on agricultural lands, the competent Region (or Province, as the case may be) should look to the provision set out by Article 12 paragraph 7 of Legislative Decree 387/2003, which allows the installation of such plants on land classified as agricultural areas under the applicable local town-planning regulation (to the extent that local agro-food traditions, biodiversity, cultural heritage and rural landscape are safeguarded as well).

Furthermore, especially when it comes to photovoltaic plants built on greenhouses or plants fueled by biomass and biogas, the agricultural side of the project must be bona fide. Certain Regions have in fact introduced requirements for a minimum threshold of agricultural production to be met as compared to the production of energy, for minimum levels of illumination to be fulfilled under the greenhouses and for an adequate business plan justifying the decision to implement the energy project.

Under Legislative Decree No. 99/2004, an agricultural company is a company which meets the following formal requirements: (i) the mention of “agricultural company” is formally included in the name of the company; and (ii) its bylaws provide that the corporate purpose is the exclusive exercise of agricultural activities pursuant to Article 2135 of Italian Civil Code. By contrast, the qualification of professional agricultural entrepreneur may be granted only upon application to the competent Region, which has to verify that the applicant is a natural or legal person which exercises, directly or indirectly as shareholder of a company, agricultural activities for at least 50 per cent of its time, and that it gains from such activities at least 50 per cent of its global income.

The case at hand regards an agricultural company in the form of limited liability company. The most innovative (and quite surprising) aspect of the ruling issued by the Regional Administrative Court of Sardinia is that, according to its reasoning, the production of electricity from renewable energy is sufficient ex se to qualify the plaintiff as an agricultural company, even “irrespective of the actual and direct exercise of land cultivation”. However, in other more prudent passages of the ruling, the Court emphasised that the cultivation activity is being actually carried out “even through a third party, as licensee”.

While it is reasonable to conclude that the holder of the single authorisation may exercise the cultivation activity through a third party, in our view, verification as to whether the holder of the single authorisation has the rights to use the land where the plant is installed (plus, especially in the case of biomass or biogas plants, the availability of additional plots of land where cultivation activities may be performed) and that such land is actually cultivated, albeit by a third party, is at the heart of the matter.
Another interesting aspect of the ruling is that no reference is made to the need to qualify as professional agricultural entrepreneur for tax purposes to construct and operate lawfully a photovoltaic greenhouse (and, by analogy, a biomass or biogas plant). This is an important conclusion that confirms that the lack of qualification as a professional agricultural entrepreneur should not jeopardise the right to operate the plant and to receive incentive tariffs on the production of renewable energy. 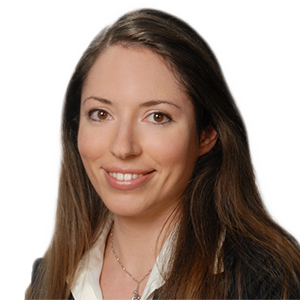