The Court of Appeal has recently provided guidance on when local law provisions can invalidate a contract notwithstanding an express choice of English governing law, thereby clarifying two previous inconsistent High Court decisions. The decision supports contractual certainty and makes clear that exceptions to parties’ choice of law clauses will be narrowly construed.

An express governing law clause in a contract will generally be upheld by the courts, but there are a number of exceptions. One of these prevents parties from circumventing local law rules by artificially relying on an express governing law clause in favour of a different law. Article 3(3) of the Rome I Regulation (and its predecessor the Rome Convention) provides (in summary) that where all other elements relevant to the situation at the time of the choice of law are connected with one country only, the laws of that country which cannot be derogated from by agreement shall apply despite a choice of law of a different country. Two recent Commercial Court cases considered the scope of this rule and came to different conclusions. Those differences have now been resolved by the Court of Appeal.

Banco Santander Totta SA v Companha de Carris de Ferro de Lisboa SA [2016] EWHC 465 (Comm) and [2016] EWCA Civ 1267 (Santander v CCFL) and Dexia Crediop v Comune di Prato [2015] EWHC 1746 (Comm) (Dexia v Prato) represent the latest in a long line of cases in which public bodies have sought to exit financial transactions that have become economically unfavourable. Some of the arguments raised are well-worn and include allegations that the local authorities lacked capacity. However, the attempt to use Article 3(3) of the (then) Rome Convention to rely on local ‘mandatory rules’ to override the governing law clause and render the transactions unenforceable is a novel alternative.

Dexia Crediop SpA (Dexia) and Comune di Prato (the local government for the Prato region of Tuscany, (Prato) entered into six interest rate swap transactions over a number of years. Those swap transactions were all subject to an ISDA master agreement which contained an English governing law clause.

Prato was a net recipient under the swaps until June 2009 after which it became liable to make payments to Dexia under the terms of the sixth swap. Prato did not make the payments required by the sixth swap from December 2010.

Dexia sought a declaration from the English Court that sixth swap was valid and claimed for sums owing under the terms of the sixth swap. Prato argued that the swaps were either invalid or could not be enforced against it on a number of grounds. The defence that Prato ultimately succeeded on was that its obligations under the swaps were unenforceable by reason of mandatory rules of Italian law, which provided that certain rights of withdrawal available to Prato needed to be brought to Prato’s attention. Those rules applied under Article 3(3) Rome Convention in spite of the English governing law clause.

Dexia argued that Article 3(3) did not allow for the application of Italian mandatory laws because not all the ‘elements relevant to the situation’ were connected to Italy. In particular, the ISDA agreement was a standard international form frequently used in the international capital markets and, for each swap, Dexia entered into back-to-back hedging with banks outside Italy, using ISDA form documentation.

Walker J rejected both of these arguments. He found that the form of the agreement used, even if global and significant, was not an element truly relevant to transactions between Dexia and Prato. The back-to-back hedging equally did not amount to ‘an element relevant to the situation’ as between Prato and Dexia – such arrangements were not a relevant matter for Prato. Further, it was never envisaged that a non-Italian party would replace one of the parties to the swaps.

Prato was therefore entitled to rely on ‘mandatory rules’ of Italian law because all relevant elements of the transaction were connected to Italy. Those rules were breached by Dexia in the sales process. The mandatory rules provided that on breach the contract was null and void at the option of Prato. The rules therefore provided Prato with a defence to payment to Dexia under the sixth swap agreement.

Banco Santander Totta (Banco Santander) was a Portuguese subsidiary of the Spanish Santander group. The defendants were four state-owned Portuguese transport companies serving Lisbon and Porto. Between 2005 and 2007 they entered into a series of long-term interest rate swap transactions with Banco Santander. Those swaps were entered into under ISDA master agreements that were subject to English law.

The final defence was that Portuguese mandatory rules applied to the swaps. It was argued that those rules meant that the swaps were (i) void for being unlawful ‘games of chance’ or (ii) were otherwise terminable because of an ‘abnormal change of circumstances’, being low interest rates for a sustained period. Those mandatory rules were said to apply despite the English governing law clause because all of the relevant elements of the swap transactions related to Portugal under Article 3(3) of the Rome Convention.

Blair J expressly declined to follow Dexia v Prato and adopted a different approach to the question of whether all elements relevant to the situation were connected with a particular country. Blair J held that elements which pointed to an ‘international situation’ (and not a particular alternative jurisdiction to Portugal) could be sufficient to defeat an attempt to argue that all relevant elements of the transaction related to Portugal. Blair J found that the use of an international form document in the context of an international market was relevant as was the fact that there was a back-to-back swap with a non-Portuguese counterparty.

There were other factors relevant to the application of Article 3(3) that did not feature in Dexia v Prato. There was an assignment provision which contemplated the potential assignment of the transaction to a different (non-Portuguese) subsidiary of the Spanish Santander parent. The Spanish parent also approved the transactions in various committees and priced the swap transactions. Taking all of these factors into account, Blair J concluded that the swaps were not purely domestic contracts and that any other conclusion would ‘undermine legal certainty’.

Santander v CCFL in the Court of Appeal

The Transport Companies’ appeal against Blair J centred on the meaning of ‘elements relevant to the situation’ set out within Article 3(3). They argued that Blair J was wrong to conclude that this included those that pointed to an ‘international situation’ rather than a particular jurisdiction. Rather, the test should be whether all other elements relevant to the situation are connected with a specific legal system in line with conflicts of laws principles. Applying that test would have resulted in Portugal being the one place where all the relevant elements pointed.

The Court of Appeal rejected this argument. Firstly, it emphasised the primacy of the parties’ choice of law in private international law. The objective of the Rome Convention was to provide greater legal certainty as to the conflict of laws rules, with party autonomy to choose the applicable law a key feature. This autonomy should therefore be seen as the starting point, to which Article 3(3) is a limited exception and, as such, should be narrowly construed.

The Court of Appeal held that the wording of Article 3(3) should be interpreted in a manner consistent with its natural and ordinary meaning. As such, relevant elements for consideration should not be confined purely to factors which connect the contract to a particular country in a conflict of laws sense. In particular, the purpose underlying Article 3(3) is to ensure that the choice of foreign law in a purely domestic situation shall not enable the parties to evade application of mandatory local rules. Applying this logic, the real question would appear to be whether or not the situation is purely domestic.

The High Court and Court of Appeal judgment in Santander v CCFL has been heralded as a triumph for legal and commercial certainty. It is certainly attractive that where parties have chosen an express governing law clause, they should, so far as possible, be held to that agreement. Commercial parties cannot have much ground for complaint when they are held to a freely chosen governing law clause.

It follows from the reasoning in Santander v CCFL that it will be very difficult for any party to an ISDA transaction to argue that all relevant elements of the situation are connected to a particular country other than that chosen in the governing law clause.

It is worth noting two final points in respect of these judgments: 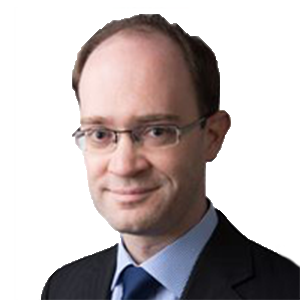