This is the second in a series of articles offering practical ideas for those considering mediating their disputes. In issue 3 of International arbitration report, we focused on how to choose the right mediator. We now discuss how to prepare for an international mediation.

In recent years there has been an increase in the inclusion of “step” dispute resolution clauses in international contracts. These “step” clauses are multi-tiered dispute resolution clauses which require the parties to pursue some form of alternative dispute resolution mechanism prior to embarking on arbitration or litigation (i.e. the binding mechanism they have chosen). These clauses often have formal or informal negotiation between corporate representatives as a first step, then formal mediation, then arbitration or litigation as the final step. As a consequence, matters which might have gone straight to arbitration or court a few years ago are now being resolved by formal mediation.

Mediation is a process of conflict management, distinct from party negotiations, which is facilitated by a third party with no connection to any of the participants. As we explained in “Choosing a mediator” (the first article in our series on mediation), mediators can vary hugely in terms of their approach, attitude and abilities. This is particularly true for international mediations, where all parties might have different cultural backgrounds and have very different expectations of the mediation process.

A voluntary negotiation affords the parties the greatest level of “free” participation (and, arguably, a greater level of buy in to the process). Mediation, which has been mandated by a step clause, offers a degree of choice, in that the parties chose the original clause. Court-ordered mediation has no element of choice as it is a mandatory stage before the court determines the dispute. It is rare to have international mediations mandated by anything other than the wording of a dispute resolution clause. This may be a factor in the settlement rate of international mediations, which is around 80 per cent.

Work with what you have

In international mediations, an experienced mediator will work with counsel and the parties to identify the appropriate mediation technique to use and refine it where necessary to accommodate particular preferences according to the dispute before him or her. However, it is perhaps even more important for parties and their advocates to critically appraise the dispute as part of their preparations for the mediation – to assess what they have and to work with it. This may be easier said than done: studies at the Harvard University Program on Negotiation (a research center dedicated to developing the theory and practice of negotiation and dispute resolution) have shown how difficult it is for parties in a dispute to make a completely objective assessment of their own case. Counsel must bear this in mind when reviewing the facts of the case.

A key point when trying to work with what you have is to think carefully about the mediation itself, in particular, who is going to talk during the mediation. Mediation is not a debate, nor is it an opportunity for airing grievances that may bear little or no relevance to the dispute between the parties. An important question therefore is who will attend the mediation and who will address the mediator (and the other side, if there is to be a joint session with both disputing parties present).

Once you have identified the appropriate client representative, make sure they have authority to resolve the dispute, or that they have the means of obtaining that authority promptly. Take the opportunity to rehearse potential scenarios with your client, particularly if they are going to be responding directly to questions by the mediator.

Working with what you have includes looking critically at your own style and approach. Opening statements for mediation are very different from opening statements in arbitrations; they should set the scene in a neutral manner and be more conciliatory in tone.

Advocates should think about the language they would use in the mediation and consider making it more neutral and less adversarial. Asking the other side simple questions, such as how they view liability in this case and listening to the answer, rather than launching in with a client’s case, will smooth the process by building goodwill during the negotiations.

Be prepared to discuss, not argue, your case before the mediator. Taking time to know the details of the case intimately will pay dividends. Even though you will not be using the adversarial approach you would use in an arbitration, you will need to know the case just as well (in fact, you might need to know more ‘soft’ details going into a mediation, rather than the hard legal facts you would need to be on top of going into an arbitration). A time line of events and list of significant individuals will help both sides and the mediator to reach an efficient understanding of the case. Knowing the background of a case also helps counsel come across as honest and committed to the mediation.

As counsel, you have an opportunity to shape the mediation to further your client’s position. Being creative in your approach can bring significant benefits. As with any negotiation, trying to identify what might be important to the other side is as important as thinking about what is important to your client. Prior to the mediation, you may need to speak to a number of people at the client’s to determine what the other party (rather than its counsel) might really want. You should also factor in time to research in depth those attending the mediation from the other side and to properly understand the mediator’s style and likely approach to the dispute, in order to properly prepare yourself and your client for the mediation.

Seek to be creative about how you present your client’s case in any opening statement. Use of effective visual aids can make a good first impression on the mediator (and the other side if there is to be a joint session).

Mediations can occur at any stage of the dispute process. In the event that your client is participating in a late-stage mediation, be aware that your view of the dispute and your opinions will have become entrenched and heavily influenced by your legal argument. This is less significant for a mediation taking place at an earlier stage, but good counsel will still be aware of the tendency to view disputes solely through “legal” eyes. Facts which can be bad facts for a legal claim can be very useful in preparing for mediation.

For example, a client may have undermined their legal position following an alleged breach of contract by contacting customers and making legally unfortunate statements which could be construed as admissions of liability. However, such behavior can show the client’s willingness to resolve the situation, which may be helpful in mediation. A creative approach adopted in relation to these legal ‘bad facts’ could turn them into a significant advantage.

The ice hockey player, Wayne Gretzky, memorably said “I skate to where the puck is going to be, not where it has been.” This is equally apt for preparing for mediations. Consider where your client (not you) wants to be at the end of a mediation. Keeping an eye on the long game involves thinking about timing, about confidentiality, strategy and logistics.

The timing of a mediation is vitally important. As noted, mediations can and do take place at any stage of the dispute resolution process. It is important to assess critically whether the case is really right for settlement and if not, then to consider postponing the mediation rather than risk a failed mediation and further entrenched hostilities. Although the mediation is often assumed to be confidential.

Although the mediation is often assumed to be confidential, make sure you have analyzed what this really means in relation to your client’s case. For example, you may need to amend the standard confidentiality agreement to deal with specific case-related issues. You will also need to discuss with your client how information you acquire during the course of the mediation might be or might not be used in the future, including in later dispute resolution forums (litigation or arbitration) that may be required by the parties’ contract. Prepare the client to evaluate and take in new information which they will learn during the mediation and to respond to it.

Mediations can form part of a wider strategy. On occasion, it is important for a client simply to have participated in a mediation and it is not in the client’s interest to have the dispute resolved; parties may find it easier to deal with an unfavorable award than a negotiated resolution. Often cultural backgrounds may influence the conduct of the mediation and it is important to remain attuned to these nuances when preparing for a mediation, and to be open with the mediator about the potential difficulties he or she may face.

Playing the long game also involves thinking about logistical factors that may affect the mediation (e.g. making sure travel arrangements allow parties time to recover from jet lag). Building breaks into the timetable can give the parties time to consider their positions or simply get a fresh perspective on the dispute.

The three guiding principles set out in this article simply underscore the fundamental importance of preparation in mediations, particularly those with an international element. Being able to work with the mediator, the client and the other side is a very difficult task and one which will be greatly simplified if counsel try to channel their commercial awareness rather than their legal instincts and take time to really prepare their mediation in the same way they would approach the opening day of an international commercial arbitration. 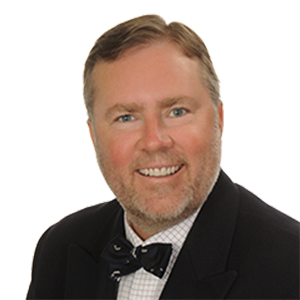 You should carefully consider your insurance policies to determine which of them may help to recover loss sustained. This might include the cost of cancelled travel or corporate events or any extra costs of working where staff have been told not to come into the workplace for prolonged periods.

Australia: COVID-19: What you need to know about force majeure clauses and your business’ contracts

The disruption caused by the COVID-19 virus across the supply chains of businesses in almost every industry has resulted in business’ contractual rights and obligations coming under the spotlight – specifically in terms of what can be used to excuse a party from performing their contractual obligations temporarily or, in some cases, indefinitely.

There is a regulatory framework which might provide options if you are experiencing ‘financial difficulty/financial hardship’ which, according to the Banking Code of Practice, means you are unable to repay what you owe and are experiencing difficulty meeting your repayment obligations.