*We are clarifying our recent legal update regarding the Court's handling of legal challenges to the Cal/OSHA Emergency Temporary Standards. While press reports had indicated the injunctions were denied, in fact the San Francisco Superior Court judge issued a tentative ruling denying the requests for injunctive relief, but has not yet issued a final decision. Though tentative rulings in our experience often become the final decisions of the Court, the judge subsequently issued an order addressing the "oral rulings" at the hearing and inviting the parties to provide further briefing on "the remedy/severability issue discussed at the hearing…." The plaintiffs made powerful arguments challenging the new standards, and we're pleased to see the Court give them due consideration. According to the Court's order, the matter will be taken under submission as of February 11, 2021, after which we expect to receive a final decision from the Court.

The ETS went into effect on November 30, 2020. In mid-December, the National Retail Federation, the National Federation of Independent Businesses and three other employers filed suit against Cal OSHA. A subsequent complaint was filed by the Western Growers' Association. In the main, plaintiffs argued the ETS was inappropriate and unnecessary due to employers' rigorous and science-driven safety measures undertaken to slow the spread of COVID in the workplace, particularly in light of already-existing Cal OSHA and other health body standards and guidance.

Plaintiffs asserted they, and employers generally, had been denied both procedural and substantive due process by Cal OSHA in the manner in which the ETS was prepared and implemented, as well as in the unduly adverse economic and other effects it would cause.

In light of Judge Schulman's ruling that they are unlikely to prevail, it is presently unclear whether plaintiffs will elect to proceed to a full hearing on the merits.

In the meantime, the U.S. Department of Labor announced on January 28, 2021, that OSHA has issued stronger worker safety guidance to help employers and workers implement a COVID protection program and better identify risks which could lead to exposure. This guidance is not a standard or regulation, and creates no new legal obligations.

The guidance explains that implementing a COVID protection program addressing the following elements is the most effective way to reduce viral spread: 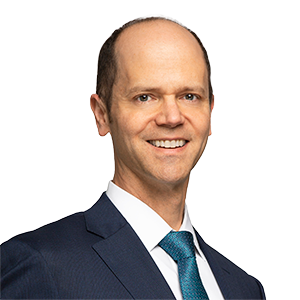