Overall, the Italian economy is still coping with what has become a lengthy period of recession; the banking sector in particular has been performing poorly. Share prices of Italian banks have plummeted over the past year and the stock of non-performing loans (NPLs) has grown. The recent failure of the Italian bank Monte dei Paschi di Siena to successfully complete its recapitalization following the negative outcome of the EBA stress test confirms the view that the Italian banking sector is in a very fragile state.

However, for the past two years, the Italian Government has implemented reforms to address the particular needs of Italian banks  and to increase the attractiveness of foreign investment in the Italian banking sector.

The key objectives of these reforms are to:

According to research conducted by foreign banks active in Italy, Italy is becoming more attractive to foreign investors. The index of attractiveness of investment into Italy - all sectors of the economy - increased from 33.2 points out of a 100 point scale in 2014 to 47.8 points in 2016. In a study published in December 2016, PwC reported that inbound foreign investment to Italy is expected to increase by 4.8 percent in 2017, as compared to 4.3 percent in the EU. The increase in foreign investment in the overall economy will undoubtedly have a positive impact on the health of the Italian banking sector.

Over the past two years, many reforms have been implemented to address the specific needs of Italian banks, many of which arose as a result of the global economic crisis. The following are the key recent reforms that are designed specifically to increase the attractiveness of foreign investment in the Italian banking sector:

Similar to the banks of other large European economies, one of the biggest issues facing Italian banks is managing  large stocks of NPLs. From 2008 to the end of 2015, there was a steady upward trend in Italy’s NPL stock; the upward trend levelled off in 2016 and is expected to slightly decrease in 2017, as the overall Italian economy finally emerges from the recession.

Italy’s NPL stock is now valued at around €360 billion, or 18 percent of total loans. This percentage, the so-called “NPL ratio”, is higher than that of any other country in the Eurozone (except Cyprus and Greece), and well over the EU zone average of 5.6 percent.

However, an important aspect of the Italian NPL market is that during the same period that the stock of NPLs has been increasing, the Bank of Italy acted to ensure the steady increase of NPL coverage ratios, which are now at an average of 45 percent, in line with the European average. For bad debts, which are the category of NPLs that are least likely to be repaid, the coverage is around 60 percent. In Italy, collateral held by banks against all non-performing exposures (NPEs) amounts to approximately €160 billion. So, while the stock of NPLs is high, and the NPL ratio is high, the coverage ratios - albeit different from bank to bank - are also high on average, providing risk mitigation at a macro level.

As Italian banks try to move NPLs off their balance sheets, in line with the guidelines issued by the European Central Bank, the secondary market for NPLs will grow and its liquidity will become increasingly important.  The total value of NPLs that will be disposed of by Italian banks in 2017 is expected to exceed €50 billion. The following disposal by major Italian banks have already been announced: UniCredit for €18 billion, Monte dei Paschi di Siena for €27 billion, Carige for €1.9 billion and Credito Valtellinese for €1.5 billion.

To improve the liquidity of the NPL secondary market, and to facilitate the reduction of NPL stock, the Italian Government has made available to banks a state guarantee on the securitisation of NPLs (the “GACS”). In simple terms, the Italian Government has agreed to issue a guarantee in respect of the senior tranches of securitisations having received a rating equal to or higher than “investment grade” from an independent rating agency accepted by the European Central Bank.

The issuance of a GACS may be requested by any Italian bank that securitises and sells its NPLs against payment of a commission at market price.

GACS are available until August 2017, and for a potential further period of 18 months, subject to Treasury Decree and authorisation by the European Commission.

Speeding up the process for credit recovery

The Italian Government has introduced changes to bankruptcy and foreclosure proceedings aimed at accelerating the recovery of debt under NPLs and improving their value in the market.

In particular, the use of certain IT tools in both bankruptcy procedures and civil court proceedings accelerates processes and timing. Furthermore, recent amendments to the Italian Civil Code Procedure have been introduced to streamline the enforcement of debts and make transfer/sale procedures faster and easier, in order to ensure a higher realisable value of the asset.

These reforms bring the Italian system more in line with European standards in terms of timing for debt recovery .

Some other measures to facilitate secured lending transactions and to ease the enforcement of security have also been introduced recently. Among the others, the introduction of the Patto Marciano and out-of-court settlement have changed the outlook for future debt recovery.

The Italian Government predicted that the Patto Marciano will reduce the timing for credit enforcement from the current 40 months to 12 months.

Promoting consolidation in the banking sector

As joint-stock companies, these banks will be obliged to have more transparent governance systems. This will make capital raising easier for them. It will increase these banks’ attractiveness to foreign investors and, by abandoning the principle of “one shareholder-one vote” (voto capitario), which was applicable to mutual banks, it will also allow investors to hold controlling stakes in these banks.

As regards cooperative banks (banche di credito cooperativo) (i.e. small and medium sized local banks), the reform introduces a requirement that these types of banks must join to form a single cooperative banking group by May 2018. The resulting cooperative group would be set up and controlled by one joint stock holding company.

This measure is intended primarily to consolidate the banking sector and improve the governance of small banks and credit institutions. The importance of this reform and its impact on the market is not to be underestimated. The new cooperative banking group created by this reform could become the Italy’s third largest banking group.

The need to raise capital

Many Italian banks are already aggressively involved in raising capital, or are planning to do so in the near future. The need to raise capital is fueled by the plummeting value of banks’ stock and shortfalls expected in connection with the disposal of NPLs, i.e. the price gap between the market price and the book value of the NPL portfolio.

UniCredit recently announced that it intends to raise over €13 billion in 2017, while UBI Banca may try to raise capital, following its purchase of three medium-sized “good banks” rescued at the end of 2015, Etruria, Banca Marche e Carichieti. Other banks, still in the process of merging, consolidating assets and restructuring, are likely to try to raise capital through equity or debt capital markets offerings in the near future.

This need for new capital will open new investment opportunities for foreign investors, while the overall reform package is aimed at decreasing systemic risk, and will therefore make foreign investment more attractive.

Regulations to invest in an Italian bank

Pursuant to the EU legal framework, the acquisition of a qualifying holding in a credit institution is subject to regulatory authorisation from the European Central Bank, under the Single Supervisory Mechanism.

This applies to any acquisition of:

In brief, the authorisation will be granted if the competent authorities are satisfied that the acquisition meets the necessary conditions to ensure sound and prudent management of the target credit institution, after evaluating matters such as the reputation of the proposed acquirer, the reputation, knowledge, skills and experience of the new directors, auditors and senior management to be appointed after the acquisition, and the financial soundness of the proposed acquisition.

Law Decree no. 237, which still needs to be implemented further by a specific regulation and converted into law by February 21, 2017 in order to maintain its current validity, has introduced several emergency measures for the Italian Government to help rescue troubled Italian banks. Such measures must be adopted on a temporary and precautionary basis and they must comply with the EU Directive 2014/59 provisions and the EU State Aids framework.

In particular, Law Decree no.237 provides for:

For the purposes of Law Decree no. 237, the Italian Government has set up a fund of €20 billion, to be invested during 2017.

Other initiatives to support the Italian banking system

The reform of the Italian banking system also includes the implementation of Fondo Atlante, which is an alternative investment fund, privately managed and reserved to institutional investors, such as banks, foundations, insurance companies and Cassa Depositi Prestiti (an Italian Government-controlled investment institution), with the purpose of investing in banks in difficulty.

The stated purpose of Fondo Atlante is to support the raising of capital and the acquisition of mezzanine and equity tranches in securitisations of NPLs. The fund has a value of €6 billion and a maturity of up to five years, with the possibility of extending to eight years.

The combination of GACS, Fondo Atlante and the streamline of debt enforcement procedures is expected to enhance the NPLs value on the market. In addition, all of these measures are aimed at reducing systemic risk and therefore making the whole Italian banking system more attractive to investors, both foreign and domestic. 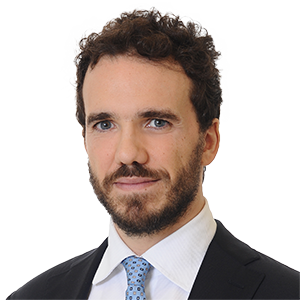