When parties conclude a binding contract acknowledging that a particular state of affairs exists, they are bound by that statement. Neither party can later assert that the opposite is true. This is the principle of contractual estoppel. It applies even if the original statement was not true.

Contractual estoppel is limited by the terms of the contract, by public policy and by statute – such as the Unfair Contract Terms Act 1977 (UCTA). However, where the statement is construed as a ‘basis clause’ – a clause setting out the basis on which the parties were dealing rather than a limitation on their liability – then even the provisions limiting the scope of exclusion clauses in UCTA may not apply. The principle of contractual estoppel has been widely used to limit the liability of banks and financial advisers in the sale of financial products.

We have previously considered the particular role of contractual estoppel in mis-selling claims, its origin and control mechanisms (see here). In this article, we briefly recap the status quo in respect of the duty to advise and then consider two recent interesting developments relating to the standard by which advice will be judged.

While contractual estoppel and its effect on the duty to advise is frequently invoked in mis-selling cases, and the list of such cases continues to grow, very few have reached trial (save for Alliance Group v RBS Property(PAG v RBS)) and so it is necessary to revisit the established common law principles.

"Where parties express an agreement … in a contractual document neither can subsequently deny the existence of the facts and matters upon which they have agreed, at least so far as concerned those aspects of their relationship to which the agreement was directed. The contract itself gives rise to an estoppel".

This was endorsed by Aikens LJ in Springwell Navigation Corp v JP Morgan Chase Bank [2010] EWCA Civ 1221 and has been followed in subsequent cases including Green v Royal Bank of Scotland [2013] EWCA Civ 1197 and Crestsign Ltd v National Westminster Bank Plc [2014] EWHC 3043 (Ch) (Crestsign), both of which have been discussed in previous issues, see here.

Crestsign remains a key authority on this subject as the judge found that the defendant had given advice of such a strong nature that it constituted a recommendation and that there was a duty of care between the parties. However, despite these findings, it was held that the terms of the loan documentation could successfully exclude any liability on the part of the defendant. In other words, the claimant was estopped from relying on the defendant’s advice as a consequence of the non-reliance terms in the agreement negotiated and entered into by the parties.

Crestsign also held that there could be a so-called ‘mezzanine’ duty of care. In particular, to the extent a bank does go further to give advice or information, it is under a duty ‘to give that explanation or tender that advice fully, accurately and properly’. The existence of the ‘mezzanine’ duty was considered in PAG v RBS and found to be a duty on the advisory spectrum that might arise depending on the specific facts.

The principles in Crestsign have been considered controversial by some commentators, but have been upheld in several recent cases including that of Finch v Lloyds TSB Bank Plc [2016] EWHC 1236 (QB). This case is of note as the claimants argued not that advice had been given, but that the defendant was under a duty to voluntarily provide advice that might be contrary to its own interest, before the defendant and the claimant had even entered into a commercial relationship. The Court’s decision, in favour of the defendants, follows logically from the decision in Crestsign in that it would be truly exceptional for a duty to advise to arise in such circumstances, but it is interesting to consider whether if the bank had undertaken some limited duty of care, the mezzanine duty from Crestsign would have applied.

In summary, the status quo remains that a contractual estoppel may arise when provisions in the contractual documentation state that no advice was being given and this is sufficient to negate any duty to advise, however artificial it may appear. In addition, if, as in Crestsign, the non-reliance language is deemed to be a ‘basis clause’ – that is, a clause setting out the basis on which the parties were contracting rather than a limitation on liability – it would not be susceptible to challenge under s13(1) of UCTA.

Standard of care in duty to advise

Bolam v Friern Barnet Hospital Management Committee [1957] 1 WLR 582 set out the test for the standard of care applied in professional negligence claims as whether the defendants were "acting in accordance with a practice of competent respected professional opinion". This standard has ordinarily been applied to questions of the standard of advice given by financial advisers to their clients. However, in O’Hare v Coutts [2016] EWHC 2224, the Court held that the required extent of communication between a financial adviser and its client to ensure the latter’s understanding of the advice given by the former was not governed by the Bolam test.

In O’Hare v Coutts, Kerr J upheld the applicability of the Bolam test to the suitability of the investments but held that it was inappropriate to determine the required level of communication between the financial adviser and the client by reference to industry standards. He instead preferred the approach of the Supreme Court in Montgomery v Lanarkshire Health Board [2015] AC 1430 (Montgomery v Lanarkshire), in which it was the duty in a case involving medical advice to take reasonable care to ensure that the patient is aware of "any materials risks involved in any recommended treatment, and of any reasonable alternative or variant treatment". By analogy, in the case of financial advisers, this requires the Court to ask whether "a reasonable person in the [client’s] position would be likely to attach significance to the risk, or the [adviser] is or should reasonably be aware that the particular [client] would be likely to attach significance to it". Kerr J found support for this conclusion by reference to the Financial Conduct Authority’s Conduct of Business Sourcebook (COBS) rules, which make no reference to a responsible body of opinion, but instead advocate obligations similar to those set out in Montgomery v Lanarkshire. It remains to be seen how the ‘mezzanine’ duty established in Crestsign relates to the materiality criterion set out by Kerr J in O’Hare v Coutts.

While O’Hare v Coutts does not, therefore, represent a wholesale move away from the orthodox Bolam position, it does suggest a possible shift in the standard that will be applied to advice given by financial advisers.

There are some warning signs from abroad that contractual estoppel may be subject to challenge. In Chang Pui Yin v Bank of Singapore [2016] HKEC 1721 (Chang Pui Yin), the Hong Kong Court of First Instance re-affirmed the doctrine of contractual estoppel in mis-selling cases; however, it also confirmed the existence of an advisory relationship between a bank and its customers, despite the inclusion of clear non-reliance provisions in the contractual documents. Furthermore, the Court of First Instance suggests in its judgment that the doctrine could be revisited by an appellate Court in the future.

The revised paragraph 6.2(i) of the Securities and Futures Commission’s Code of Conduct (which is to be incorporated into all client agreements by June 9, 2017) may be the source of this challenge. This provision requires that all client agreements include wording to the effect that to the extent that a financial institution solicits the sale or recommendation of any financial product to a client, the financial product "must be reasonably suitable for [the customer]" and that no other provision may derogate from that clause.

The introduction of this suitability requirement, and the associated re-allocation of risk between financial institutions and their customers, may test the limits of the doctrine of contractual estoppel and prospective claimants may look to shift the focus towards the suitability of individual products as opposed to an assessment of specific non-reliance clauses.

The English Court will follow its now well-established view that commercial parties should safeguard their own interests and carefully consider the potential ramifications of the contractual documentation to which they become a party.

While these cases are necessarily fact-specific, a common feature of the judgments is a careful consideration of the oral testimonies of the parties to see how they align with the contemporaneous contractual documentation underlying the dispute. Accordingly, parties should remember their overarching duties to the Court and ensure that evidence is as robust as possible. Cases such as O’Hare v Coutts show how the persuasiveness (or otherwise) of witness evidence can impact on the Court’s reasoning even when applying well-established principles.

For the time-being, therefore, the status quo remains that, absent an advisory relationship, a bank’s general duty is restricted to not misstating or misleading its customers. As a matter of basic principle, and as set out in Crestsign: "While the result may seem harsh to some, it is not the role of the common law and the Court to act as a regulator". 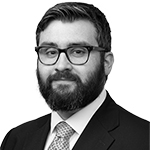