Following the 4th July announcement by the Communities Secretary, Sajid Javid, local authorities in England are being asked to submit their proposals for access to the £2.3 billion Housing Infrastructure Fund (HIF). The HIF is not aimed at housing developments per se, but rather will make funding available to help provide the infrastructure required to support growing communities such as schools, healthcare centres, energy networks, utilities and digital and transport infrastructure.

By doing so, the intention is to relieve current pressure on public services which are deemed to be hindering the development of new housing.

Speaking in Birmingham at the Local Government Association Conference, the Communities Secretary announced that the HIF will help to fund vital physical infrastructure projects - like the building of roads, bridges, energy networks and other utilities, the absence of which he believes is holding back essential housing development.

Once proposals have been approved, it is expected that local authorities would begin building the necessary infrastructure immediately and for the homes to follow quickly afterwards.

HIF is a core component of the government’s wider £23 billion National Productivity Investment Fund, which targets spending on areas critical to boosting productivity. The Fund will sit alongside the new £1bn Major Road Network fund which will be made available for councils to improve or replace the most important A-roads in England. Like the HIF, the Government has been clear that the Major Road Network is one of its key strategies for unlocking housing development and delivering places people want to live.

Local Authorities are being encouraged to work with development partners to ensure that the proposals submitted for funding demonstrate that the project is ultimately deliverable. In the supporting documentation the private sector is urged to “do their share, make their financial contributions, and build out sites quickly”. Utility companies in particular are being advised that this presents an opportunity to help fund new infrastructure where and when it is needed, supporting the current position that existing bill payers are not asked to pay for future growth. In return, infrastructure providers will be expected to deliver the infrastructure in a timely manner, working in partnership with local authorities and developers so that new homes will be delivered where needed.

It is anticipated that most uptake from the HIF will be on a ‘Forward Funding’ basis with the Government stating that it will back a small number of larger strategic and high-impact infrastructure schemes (providing approximately £250 million funding for each). For these bigger projects it may be that the HIF provides first funding, which then gives the private sector confidence to provide further investment, and make more land available for development and future homes. Forward funding is available to the ‘Uppermost Tier’ of local authorities including the Greater London Authority and combined authorities, or several smaller local authorities working together to submit a joint proposal.

A Forward Funding scheme could support a development as large as a new garden city or town, an urban extension, or the development of a number of brownfield sites that will deliver a significant number of homes.

The Housing White Paper produced in February 2017 required each local authority to produce an up-to-date plan of its housing needs. Any bids to the HIF must demonstrate either:

Eligible applications will be assessed on whether the proposal takes a strategic approach, with strong local leadership and joint working to achieve higher levels of housing growth in the local area.

Schemes will be prioritised based on their impact against these criteria, with an emphasis on value for money. Eligible local authorities are invited to submit expressions of interest by 28 September 2017. Shortlisted projects will then go through a second stage assessment, with project delivery expected in 2020/21.

Norton Rose Fulbright is able to assist local authorities and their development partners with the legal aspects of the planning and delivery of HIF schemes.

In preparing proposals for funding from the HIF, local authorities and their development partners should consider:

The Norton Rose Fulbright ‘Future Ready’ strategy spans our core sectors, regions and practice areas, and focuses on the key commercial issues and legal considerations that our clients will need to address across infrastructure and real estate.

Resilience, sustainability and connectivity will be key when planning the needs of the future built environment. Real estate with local infrastructure solutions will be better integrated and connected in our increasingly networked world. Embedding technology into infrastructure and building for flexibility and integration will drive efficiency in infrastructure operations and improve productivity, asset life and safety.

We provide support and advice to our clients as they design and build with a focus on improving energy efficiency and the integration of power and transport; as they reshape the way that assets and districts are procured, designed, constructed, operated and repurposed along circular economy principles; as they use smart technology to future-proof development. New structures will be needed to finance and mobilise capital into future infrastructure. We understand the requirement of capital for it to be efficiently utilised in the future and are supporting investors and sponsors alike in mobilising funds to meet the demand for infrastructure. 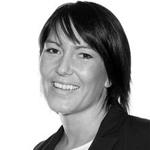