Decarbonising the energy system must go beyond expanding the utilisation of renewable energy to include measures that tackle emissions from continued hydrocarbon production and consumption.

While many countries around the world are still fighting the Covid-19 pandemic, some are already seeing light at the end of the tunnel, with economies improving following the end of the forced collective hibernation. For many countries, this light will be powered by renewable energy.

Green recovery plans have been a hot topic recently, with for example the IEA and the International Renewable Energy Agency (Irena) publishing guidance on how to combine economic recovery with the challenge of meeting the Paris Agreement goals of limiting the rise of global temperatures to 2°C—or, preferably, 1.5°C—by 2050. In May, the EU published an unprecedented and ambitious green recovery plan, with many other countries expected to follow suit.

Even before the outbreak of the pandemic, many global oil and gas companies had started to contemplate their roles in the energy transition, which will lead to a decarbonisation of the current energy system. Multiple international oil and gas companies have announced ambitious plans on how to decarbonise the energy system while keeping energy affordable and economies running.

Reports that the pandemic may cause peak oil to occur three years earlier than expected before it started have led various oil and gas companies to again reconsider their roles in decarbonising the energy system and the speed at which it should occur. An acceleration of the energy transition is necessary if the Paris goals are to be met by 2050.

Throughout our global network we have already seen an acceleration of activities by oil and gas companies in renewable energy—ranging from investments in EV-charging infrastructure to on- and offshore wind as well as from energy storage to green hydrogen initiatives. However, similarly important are the efforts to decarbonise the current activities of the oil and gas companies.

Targets encompass reductions of scope 1 emissions, which come from operational activities such as extraction and refining; scope 2 emissions, which are indirect emissions from third-party energy suppliers; and scope 3 emissions, comprised of the end-use of the products delivered by the oil and gas company.

Reduction targets as currently set by oil and gas majors are often met with criticism—most recently by think-tank the Carbon Tracker Initiative—for not including scope 3 emissions, lacking a clear ‘base emission level’ or failing to align with the overall ‘carbon budget’. Such constructive criticism is needed to make sure greenwashing is avoided, but the fact that this topic is on the agenda at the highest level in energy companies that have been building, operating and optimising the current energy system for decades is an important indicator that the energy transition is about to get a major boost and acceleration. To succeed in the challenge of the energy transition, the expertise and experience of oil and gas companies with Paris-aligned reduction targets is necessary, if not crucial.

We have seen emission reduction activities in respect of all three emission scopes. In respect of scope 1 emissions, for example, various global initiatives are active to reduce methane emissions from the day-to-day operations of oil and gas companies, by detecting and reducing leaks of this very potent greenhouse gas using technology such as specialised satellites.

The indirect emissions from scope 3 have so far led to fierce discussion, as these are out of the control of oil and gas companies, although we have seen initiatives of carbon offsetting services provided by oil and gas companies for gasoline use in privately owned cars.

For scope 2 emissions from electricity, steam and heat necessary for the extraction of hydrocarbons and the subsequent refining process, a multitude of initiatives have been undertaken. Decarbonising the energy used in such processes will contribute to the overall reduction targets. Examples include powering offshore oil and gas platforms with renewable electricity, the use of green hydrogen in refineries (once this is economically viable), carbon capture and storage or linking solar and wind farms to onshore chemical plants and refineries.

Linking mature and competitive renewable energy sources such as wind and solar to refineries may seem an obvious and easy to implement solution for (partial) decarbonisation, but in various recent projects we have encountered issues that are specific to the complex operations of these installations.

To start with, the operator of a refinery needs to assess if the actual physical ‘linking’ or integrating of a wind or PV-installation to the refinery is preferred instead of taking delivery from the grid and buying guarantees of origin to decarbonise its electricity consumption.

The complexity of refinery operations and applicable safety requirements, HSSE policies and permitting conditions also require significant assessment to decide if the renewable energy project can be developed within the refinery or whether it is necessary to secure land rights outside the perimeter of the refinery.

The question of how to finance the project is also important. Will it be financed from the refinery’s balance sheet or will project finance be necessary? Here too, the qualification of the connection to the refinery is important, as project financiers will need comfort that— should the refinery go into bankruptcy or halt operations during the term of the loan—the project has access to the public grid in order to find a replacement off taker under the power-purchase agreement.

Lastly, if built within the perimeter of the refinery, considerable effort is necessary to align the EPC and O&M arrangements with all applicable safety, health and environmental requirements that apply within the refinery.

These are the first initiatives in what is expected to be a comprehensive effort by oil and gas companies to decarbonise their refinery operations, which will be enabled by the adoption of green Covid-19 recovery packages. Green hydrogen, nature-based solutions and carbon capture, storage and utilisation will all play a pivotal role in these decarbonisation efforts, if indeed recommendations from the IEA and the EU policy reforms as recently announced in the EU Green Deal and Next Generation EU recovery packages become a reality.

Contrary to the Covid-19 crisis, where scientists around the globe are scrambling to find a vaccine and better medicines, the tools for fighting the climate crisis are already available at competitive prices or under (accelerated) development. Although it will take considerable efforts for the foreseeable future to implement a timely decarbonisation, the light at the end of the tunnel is real and powered by renewable energy. 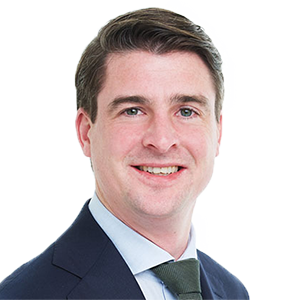