In a pair of decisions, the NLRB (Board) ruled that a charter school in New York and a second charter school in Pennsylvania are both within its jurisdiction and not exempt under the National Labor Relations Act as political subdivisions.  As such, the Board’s rulings allow teachers at both schools to form a union.

The Board’s decisions in Hyde Leadership Charter School – Brooklyn and Pennsylvania Virtual Charter School, both stem from petitions for election filed by two separate unions seeking to represent teachers at the schools.  In Pennsylvania Virtual Charter School, the PA Virtual School Education Association, PSEA/NEA filed a petition on January 5, 2015, seeking to represent a unit of 83 teachers and academic support staff.  The Pennsylvania charter school opposed the petition on the grounds that it is a political subdivision of the Common Wealth of Pennsylvania.  After a hearing, the Regional Director found that the school was not a political subdivision because the school was not created directly by the state nor was it administered by individuals who are responsible to public officials or the general electorate.  Therefore, the school fell under the jurisdiction of the Board and the Regional Director upheld the petition for election.  The charter school then sought review of the Regional Director’s decision by the Board.

In a twist, both the union and charter school filed petitions for election in Hyde Leadership Charter School – Brooklyn.  The union, United Federation of Teachers, Local 2, AFT, AFL-CIO, filed a petition for election with the New York State Public Employment Relations Board (PERB) seeking to represent 35 teachers at the Hyde School in Brooklyn on April 14, 2014.  On the same day, the Hyde School initiated a counter move to the union’s petition by filing what is known as an RM petition with the Board seeking to determine whether a majority of the teachers wished to have union representation as alleged by the union.  The union challenged the school’s petition before the Board on the grounds that the school is an exempt political subdivision.  However, the Regional Director disagreed and upheld the school’s petition for election.  The union then sought review of the Regional Director’s decision by the Board.

In both cases, the Board found that the charter schools in question are not political subdivisions pursuant to the standard announced in NLRB v. National Gas Utility District of Hawkins County, 402 U.S. 600 (1971) (Hawkins).  Under Hawkins, an entity will be found to be a political subdivision, and thus exempt from the Act, if it is either (1) created directly by the state so as to constitute a department or administrative arm of government, or (2) administered by individuals who are responsible to public officials or to the general electorate.  In its rulings, the Board affirmed the Regional Directors’ decisions that neither school qualified as a political subdivision and found no compelling reasons to discretionarily decline to assert jurisdiction over the charter schools.

In Hyde, the union, arguing against the Regional Director’s decision, asserted that the charter school was a political subdivision because it was incorporated by the New York Board of Regents, an administrative arm of government, pursuant to the New York Charter Schools Act.  The union also argued that the school was administered by the members of the Board of Regents who are elected by the New York State legislature to a 7-year term, and are thus responsible to public officials or the general electorate.  The Board rejected both arguments by the union.  The Board noted that although the school was incorporated by the Board of Regents it was actually created when members of the school’s founding board prepared and filed a comprehensive application to establish the school.  The Board further reasoned that after the application was approved by the Board of Regents the founding board became the governing board and appointed an executive director to administer the charter school.  Thus, the school is not administered by any individuals who are responsible to public officials or the general electorate.

In Pennsylvania Virtual Charter School, the school argued that it is a political subdivision because the charter to create the school was issued by the U.S. Department of Education, and the Pennsylvania Charter School Law, which governs the school, was enacted with the intent that public cyber charter schools function as part of the public school system and as an administrative arm of the Commonwealth.  Further, the school argued that the Pennsylvania Charter School Law deems the school’s board of trustees to be public officials.  The Board, however, reasoned that an entity is not exempt simply because it receives public funding or operates pursuant to a contract, or charter, with a governmental entity.  The Board found that the school was created in 2001 by a group of private individuals known as the “Founding Board,”, which applied for and was granted a charter to run the school.  Lastly, the Board noted that the school is administered by a board of trustees who are privately appointed and removed.  Thus, the school is not exempt under the Act as a political subdivision.

In Dissent, Board Member Miscimarra argued that the Board should decline to exercise jurisdiction of any charter schools because the fact specific determination of a political subdivision requires examination of state and local laws which can vary greatly depending on the jurisdiction, thus causing uncertainty and preventing parties from reliably determining in advance whether the Board has jurisdiction.  Board Member Miscimarra reasoned that the parties may engage in bargaining for years pursuant to the Act and resort to strikes or lockouts only to learn that jurisdiction under the Act does not exist.  Furthermore, the time and money spent on such a determination is of little value since the labor disputes involving charter schools will typically have an insubstantial effect on interstate commerce.

Legal challenges to the Board’s decisions in these two cases are sure to follow.  In the meantime, it is anticipated that unions and teachers in other charter schools will begin to file petitions seeking an election with the Board as well the state or local government agency charged with governing union and labor relations, such as New York’s Public Employee Relations Board. It is important to note that the determination of a political subdivision under the Act is very fact specific.  It is possible for a charter school to fall under the Act in one state or county but not another.  Thus, consultation with an experienced attorney is recommended in order to determine whether a school may fall within the Board’s jurisdiction and how to respond to such petitions. 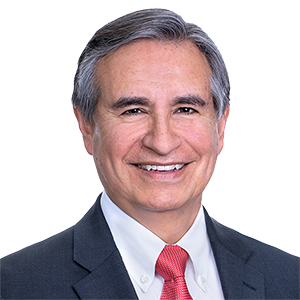