Norton Rose Fulbright recently secured a dignity-restoring victory for a vulnerable community in Mpumalanga who were unlawfully evicted from their land.

The North Gauteng High Court ruled in favour of 50 indigent families in their battle against the Amashanga Tribal Authority, the Bushbuck Ridge Local Municipality and a magistrate from the Thulamahashe district.

Around 150 villagers were left destitute when their homes and belongings were destroyed - many of them are vulnerable including child headed and women headed households, the elderly and several widows. The Tribal Authority, entrusted to allocate State-owned land to members of the community for residential purposes, obtained an urgent ex parte court order under the guise of the Prevention of Illegal Eviction from and Unlawful Occupation of Land Act (PIE). The order was for eviction and demolition so that it could make way for a cultural village - purportedly to attract tourists to the area.

Following the loss of their homes, the community sought assistance from the South African Human Rights Commission (SAHRC) who conducted a thorough investigation. It found there had been a gross violation of the community’s basic human rights and appointed Norton Rose Fulbright to represent the community on a pro bono basis.

The eviction and demolitions were declared unlawful. The Tribal Authority and Municipality must construct temporary habitable dwellings to provide shelter, privacy and amenities at least equivalent to those that were destroyed within a month of the court order. Following this, both bodies have four months to provide the community with permanent habitable dwellings equivalent to those destroyed.

This win is an important victory for the SAHRC as it sets an accountability precedent for traditional tribal authorities, municipalities and magistrates. It reminds them that they must uphold the constitution when exercising their powers and functions. The judgment also shows the commitment of the judiciary to take a stand against the abuse of vulnerable members of our society.

The Norton Rose Fulbright team was led by Senior Associate, Nicki van‘t Riet, who acted on a pro-bono basis on behalf of the community. 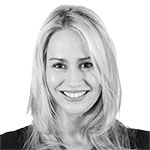