At times, there has been a perception that some Australian courts have earned a reputation of being too interventionist on matters of arbitration. However, a recent run of cases has helped quash this perception, notably that of Emerald Grain Australia Pty Ltd v Agrocorp International Pte Ltd, which took place in the Federal Court this year.

The case concerned an attempt to set aside an arbitration award published in Australia. The application was on the basis that a breach of natural justice occurred during the course of the arbitration, rendering the award contrary to Australian public policy and therefore liable to being set aside under article 34(2 (b)(ii) of the UNCITRAL Model Law on International Commercial Arbitration.

How the dispute arose

Australian company Emerald Grain had entered into a contract with Singapore-based Agrocorp where it agreed to sell Agrocorp canola which was to be shipped in bulk to Bangladesh. The contract included an arbitration agreement requiring any disputes to be resolved under the Grain Trade Australia Dispute Resolution Rules.

The arbitral tribunal rendered an award under the International Arbitration Act which found substantially in favour of Agrocorp.

Emerald Grain applied to the Federal Court of Australia to set aside the award under article 34(2)(b)(ii) of the Model Law, which provides that an arbitration award may be set aside if it is in conflict with the public policy of Australia.

Section 19 of the International Arbitration Act declares that an award is in conflict with, or is contrary to, the public policy of Australia within the meaning of article 34(2)(b)(ii) of the Model Law if the making of the award was induced or affected by fraud or corruption; or if a breach of the rules of natural justice occurred in connection with the making of the award.

In its application, Emerald Grain contended that the award was made in breach of the rules of natural justice for two reasons

Emerald Grain subsequently sought to rely on the words “among other things” in its written submissions to introduce new grounds for challenge which went beyond those relied upon in its originating process.

The court rejected the ‘no evidence’ claim on the basis that many of Emerald Grain’s complaints were that the tribunal’s finding of facts were wrong, rather than based on a lack of evidence. Noting that a breach of natural justice arises only if there is no relevant and probative evidence capable of supporting a particular finding of fact, the court considered that there was sufficient evidence on which the tribunal could have reached its findings, even if such findings were flawed in logic or were simply incorrect.

The court also rejected the ‘no hearing’ claim. It noted that both parties clearly articulated their positions by way of submissions and supporting materials, and, therefore, each party had been given an adequate opportunity to present and defend its case. On this basis, there was nothing unforeseeable, as Emerald Grain contended, about the tribunal preferring Agrocorp’s arguments. Similarly, Emerald Grain failed to establish how it might have persuaded the tribunal to reach a different decision if the tribunal had given Emerald Grain more notice to present its complaints.

In doing so, the court ignored those grounds in Emerald Grain’s written submissions which raised matters not sufficiently linked to a fair reading of the grounds set out in its originating process. It held that, had Emerald Grain been permitted to raise those matters, the three-month time limitation under the Model Law to apply to set aside awards would be frustrated, and further, the policy of upholding arbitral awards would be compromised.

Accordingly, the court dismissed Emerald Grain’s application to set aside the award on all grounds.

The decision clarifies the role of Australian courts when called upon to set aside arbitration awards on the grounds of public policy. It shows that

The case also provides direction on when arbitration awards may breach the rules of natural justice. It shows that

The case highlights Australia’s pro-arbitration stance and reinforces the finality of arbitration awards. It demonstrates the Federal Court’s willingness to consider relevant decisions of courts in other Convention countries to ensure consistent interpretation of the Model Law.

The case also highlights the difficulties in arguing, at least in Australia, that an award should be set aside on public policy grounds on the basis that a breach of natural justice occurred in the making of that award.

The decision also points to the importance of setting out the grounds for a claim in the originating process, as such grounds will form the parameters of the case if it is subsequently litigated.

Overall, the court’s decision in this case confirms that Australian courts will be reluctant to set aside an arbitration award on public policy grounds unless the court finds that fundamental norms of justice and fairness have been breached in the making of the award. 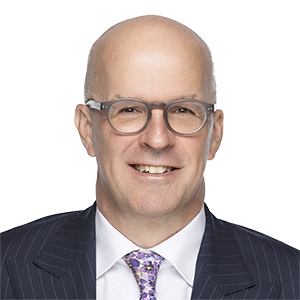