Amgen Canada Inc. and Amgen Inc. (collectively, Amgen) markets and sells filgrastim in Canada under the name NEUPOGEN® for use in the treatment of neutropenia. NEUPOGEN® is a recombinant version of Granulocyte Colony Stimulating Factor (G-CSF), a human protein. Apotex Inc. (Apotex) has sought approval for a subsequent-entry biologic (or biosimilar) of filgrastim for the same treatment indication.

The Federal Court dismissed Amgen’s application for an order prohibiting the Minister of Health from issuing a Notice of Compliance (NOC) for Apotex’s biosimilar, and held that Amgen had failed to show that Apotex’s obviousness allegation regarding its patent was not justified.

Claim 43 of the 537 Patent covers a recombinant G-CSF polypeptide having a specific sequence of 175 amino acids. Justice Hughes construed this claim to mean a polypeptide with an amino acid sequence beginning with a Met (methionine), and the remainder of the sequence having some or all of the sequence and some or all of the biological properties of the natural G-CSF. Claim 43 was the only claim at issue in this proceeding.

The isolation, purification and biological activity of the naturally-occurring G-CSF had been previously reported in a prior art publication authored by Dr. Carl Welte (“Welte Publication”). The Welte Publication is referenced in the 537 Patent.

The Claim for Recombinant G-CSF was Novel

The Claim for Recombinant G-CSF was Obvious

Amgen argued that making a recombinant form of G-CSF, and in particular, developing a process for making the recombinant protein on a large scale, involved a high degree of inventive skill. Justice Hughes rejected this argument and held that the steps involved in making a recombinant protein “were routine in the sense that they were carried out by skilled persons operating with the science as it was known at the time.” Further, the skilled person would have been motivated by the Welte Publication to make it.

On this basis, Justice Hughes held that Amgen had failed to show that Apotex’s obviousness allegation regarding claim 43 was not justified. The Court acknowledged that the process that Amgen developed to make the recombinant protein on a large scale may be patentable, but found that this process was not within the scope of claim 43.

The Promised Utility of Claim 43 had been Demonstrated

Amgen argued that the promised utility of claim 43 was a recombinant protein having some or all of the amino acid structure of the naturally-occurring G-CSF and some or all of its biological properties. Justice Hughes accepted this argument and held that the promised utility of claim 43 had been demonstrated at the Canadian filing date. Amgen had made the recombinant G-CSF and demonstrated that it shared at least some of the physical structure and biological properties of the naturally-occurring protein.

The 24-month statutory stay under the Regulations was due to expire on November 16, 2014, but on October 7, 2013, the Court extended the stay and ordered that a judgment must issue no later than 60 days following the hearing. The reasons for judgment do not indicate the basis on which the extension was granted.

Amgen has sought an expedited appeal of the Court’s judgment (Court File No. A-501-15). 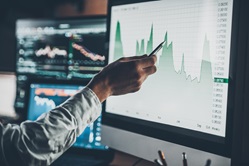 The US SEC announced that the transaction costs charged by private equity and hedge funds will be scrutinized.