The competition authorities in South Africa are well-known for imposing diverse and interventionist conditions on merger transactions which have an impact on the public interest in South Africa.

The competition authorities in South Africa are specifically mandated in terms of the South African Competition Act to consider the effect that the merger will have on a particular industrial sector or region, employment, the ability of small businesses or firms controlled or owned by historically disadvantaged persons to become competitive and the ability of national industries to compete in international markets.

What do the trends show?

In South Africa, the conditions imposed in mergers began with a principal focus on ensuring that any proposed transaction did not result in significant retrenchments. This focus has evolved over the years and has developed into extensive conditions that are becoming onerous and costly for merging parties, and in particular, on international investors.

The most publicised merger at the time was the Walmart-Massmart merger (filed on 3 November 2010). This transaction became notorious for the interventionist conditions that were imposed following trade union and ministerial intervention and included: a moratorium on retrenchments (redundancies) for two years, reinstatement of 503 employees who were retrenched prior to the merger, honouring of labour agreements and the establishment of a R200 million fund to be created for the development of small businesses possibly affected by the transaction to be spent over a five year period.

Over the years, the extent of the South African competition authorities’ far reaching powers has been demonstrated through the remedies that have been imposed on merging parties aimed at protecting local industry and job security. Arguably, however, none are as onerous as those that were imposed in 2016 on SABMiller and Coca Cola and SABMiller and AB Inbev in their respective mergers.

SABMiller, in the Coca Cola merger which was filed in March 2015 (and approved in May 2016) will require Coca Cola Beverages Africa to invest R800 million to support enterprise development. The conditions further require Coca Cola Beverages Africa to increase its broad-based empowerment ownership from 11 per cent to 20 per cent and sell a 20 per cent shareholding in its subsidiary, Appletiser South Africa to appropriate black shareholders. The merging parties have also committed to localisation of supply-chains. This is the first merger in South Africa in which the competition authorities have specified what shareholding in a company must be black-owned and, as such, demonstrates the competition authorities’ commitment to ensure that local Black Economic Empowerment (“BEE”) requirements are met.

In the AB Inbev merger that was filed on 14 December 2015, the Competition Commission identified a large number of competition and public interest issues during its investigation. Ultimately, the conditions imposed by the Competition Tribunal on 30 June 2016 require AB Inbev, amongst others, to make an amount of R1 billion available over the next five years for investment into various programmes aimed at local agricultural, enterprise and societal development. The conditions are exceptionally precise because they specify the types of programmes in which funding should be directed and the amounts towards each form of development. The conditions go as far as requiring AB Inbev to fund 40 scholarships for South African engineering and agronomy students.

In relation to local production, AB Inbev is required to maximize local production of beer and ciders, support the participation of small craft-beer producers in domestic markets and provide access for small brewers to fridges and cooler space. The South African competition authorities also imposed a BEE condition in this transaction. It is noteworthy that the South African competition authorities did not specify the extent of black ownership but merely required the merging parties to submit its empowerment plan within two years of the transactions closing, setting out how the merged entity intends to maintain BEE participation, including equity. A number of other conditions were also imposed but these aim to address competition considerations rather than public interest concerns.

These mergers also demonstrate the competition authorities’ continuous focus to ensure that local markets are protected and, if mergers may adversely affect these markets, conditions are likely to be imposed.

Guidance on the authorities’ approach to public interest issues

Notably, the public interest guidelines state that the merging parties must declare all potential retrenchments that are being considered irrespective of whether they are due to the merger or are due solely to operational reasons.

Whilst the South African authorities are more progressive than their African counterparts in their interventionist approach to merger control, there are a number of competition authorities in Africa who have started considering similar public interest factors when approving transactions. Botswana, Kenya, Namibia, Zambia and Zimbabwe are some of the courtiers which have started moving towards this way of thinking. In particular, the Competition and Consumer Protection Commission in Zambia almost always impose conditions that encourage local procurement.

Whilst there have been diverging views on the impact of these interventionist conditions on mergers, the South African competition authorities will almost certainly continue their interventionist approach to merger control. Consequently, it will be up to the merging parties in the market to adapt, innovate and evolve to meet these additional challenges.

The increased focus on public interest conditions must be taken into account when transactions are structured and timelines are put together. 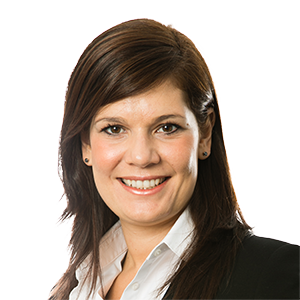