The first Public-Private Partnership (PPP) project to be signed in the Gulf region was Oman’s Al Manah power plant in 1994. Since then, all of the countries in the GCC have successfully implemented PPP projects including in the water, waste-to-energy, power, accommodation, education, airports and infrastructure sectors.

Historically high revenues from hydrocarbons has meant that regional governments have been able to fund their energy and infrastructure needs without private sector support. However, with no imminent end in sight for the current low oil prices, interest in PPP projects in the region is beginning to increase rapidly.

One of the most attractive aspects of PPP procurement for governments is the ability to avoid initial large capital contributions and to amortise the cost of the project over a longer timeframe (typically 20 or 30 years). Whilst fiscal management has not previously been a driver for the development of PPP in the Gulf, given the current economic environment of low oil prices, PPP is once again on the agenda.

As a general consideration, GCC governments have also been looking at PPP in terms of longer-term social and economic objectives, including improved, more efficient delivery of public services. Governments in the region are also, as part of youth and indigenous employment schemes, looking to encourage the acquisition and transfer of new skills and knowledge from international contractors and operators.

Arguably, one of the first and most important steps towards a PPP-friendly investment environment is legislative reform. In this article, we will review relevant developments in legislative reform in the Gulf and the differences between the approaches to PPP legislation adopted by some of the GCC states.

The newly passed Dubai Law 22 of 2015 On the Organization of Public-Private Partnership in the Emirate of Dubai (the Dubai PPP Law) creates a new legal framework which seeks to facilitate collaboration between the public and private sectors in Dubai. The law does not apply to electricity and water projects which are governed by law 6 of 2011 nor simple works contracts or supply contracts which are governed by law 6 of 1997.

Article 3 of the Dubai PPP Law sets out its objectives, which include:

The Dubai PPP Law applies to government entities which are reliant on the Dubai government’s general budget. The application of the law can be extended to non-budget entities with the approval of the Supreme Committee. The law addresses the principles of openness, publicity, transparency, competitiveness, equal opportunities, announcement of competition and equality amongst users and services (Articles 14 and 29). Projects governed by the Dubai PPP Law can have a maximum duration of 30 years from the date of the signing of the project agreement. Any government entity which intends to implement a PPP project must form an internal ‘Partnership Committee’ which will procure the project in accordance with the law. If the project is expected to cost more than AED 200 million (around USD$55 million), the Partnership Committee must include a representative of the Department of Finance.

Articles 12 to 24 of the Dubai PPP Law deal with provisions governing the prequalification, tender and selection process. Previously, in Dubai. this was regulated by the Procurement Law. The Dubai PPP Law replaces the Procurement Law for PPP projects and brings significantly more certainty and transparency to the bidding process for PPP projects. It also ensures that the bidding process is more streamlined for the procuring government agency. Article 12 deals with unsolicited proposals which will no doubt encourage further private sector participation.

Unlike the Kuwait PPP Law, which we look at below, the Dubai PPP Law does not impose a requirement for public shareholding of the project company through an IPO.

PPP procurement in, for example, the renewables sector has been successfully adopted in Dubai notwithstanding that no PPP law applied at that time. Phases 1 and 2 of the Mohammad Bin Rashid Al Maktoum Solar Park have been procured on a PPP basis and Phase 3 is currently being procured. Although it must be noted electricity and water projects are excluded from the new law, these projects demonstrate the potential for PPP style procurement. Phases 2 and 3 have set record low bids for solar PV electricity generation and have brought cutting edge solar PV technology to the Emirate.

Article 2 of the New Kuwait PPP Law provides for the establishment of a new Higher Committee for Public Private Partnership Projects and replaces the old Higher Committee for projects. The new law also establishes the Kuwait Authority for Partnership Projects (or KAPP) which replaced the previous Partnerships Technical Bureau (PTB). Unlike the Dubai PPP Law which requires a partnership committee to be set up by the relevant government entity for each project, KAPP will administer all PPP projects being procured under the law.

Pursuant to Article 13 of the New Kuwait PPP Law, the project company (with a value of over KWD60 million) will be owned according to the following percentages:

During the initial stages of the PPP project, the shares allocated to the Kuwaiti public entities and general public will be warehoused by KAPP pursuant to Article 14.

Other improvements in the New Kuwait PPP Law include allowing investors to assign government assets to lenders and to pledge shares to provide security to lenders and Article 34 allows foreign ownership of the project company.

Both the Dubai and Kuwait regulations allow for the procurement of the projects to be cancelled at no cost to the government.

The New Kuwait PPP Law is generally much more investor-friendly than the law it replaces. Kuwait is clearly keen to shake off its reputation for delayed and, in some cases, difficult procurement. It has done well to adopt progressive legislative reform in order to provide an improved platform for future PPP projects in Kuwait.

Elsewhere in the Gulf

It is understood that the government in Oman will shortly be announcing a new PPP law with the first draft currently under consideration. Oman’s long history of successfully procuring IPPs and IWPs should stand it in good stead for developing a wider PPP framework.

Qatar is also reportedly working on a draft PPP law. Similar to Kuwait, Qatar signed its first PPP style project with a Japanese consortium for the Ras Laffan IWPP in 2015. No doubt lessons learned from the procurement of this project will be reflected in the new PPP law.

Saudi Arabia has also expressed an intention to welcome foreign investment in its ‘Vision 2030’ statement, which aims to end Saudi Arabia’s dependency on oil by 2020 and to diversify drastically its economy. While adopting a legal PPP framework would be consistent with these bold objectives, no plans to adopt one have yet been announced. So far, one PPP project has been successfully completed in the Kingdom (although there have been a number of projects procured on a BOO or BOT basis), and there has been a marked increase in interest in the Saudi market by international sponsors looking to capitalise on the huge demand for energy and infrastructure development in the Kingdom. Given the legal difficulties which are often faced by international sponsors in Saudi (for example, in relation to enforcement), sponsors will be keen to ensure that an appropriate and robust legislative framework is in place before sponsor interest becomes sponsor participation. In light of all these factors, the right conditions exist for future legislative reform in the Kingdom.

The numerous advantages offered by PPP projects have finally been recognised and actively embraced by governments in the Gulf region. With the low oil price led economy, it would appear that PPP procurement will form a large part of governments’ ambitious infrastructure development plans. Legislative reform in this space appears to be on the critical path for many regional governments and this is good news for foreign investors looking for opportunities in the Gulf.

At Norton Rose Fulbright we have been actively advising clients on PPP projects in the region for over 20 years. We have developed depth and breadth of experience in PPP procurement with lawyers based in over 50 cities across the world. 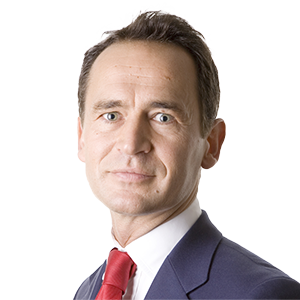