Statements such as “all natural,” “organic,” “eco-friendly,” “biodegradable” or “safe for the environment” are important signals to customers seeking greener, cleaner, and more environmentally conscious companies, products, or services. However, such claims need to be properly vetted and carefully crafted to avoid an allegation that a company is “greenwashing”; that is, making environmental claims that are vague, non specific, incomplete, irrelevant or not supported through verifiable test methods.

The Competition Bureau’s Environmental Claims: A Guide for Industry and Advertisers continues to be a good first step to check whether marketing claims are meeting the Bureau’s expectations for true and not misleading advertising. However, since Bureau enforcement cases can be few and far between, it can be instructive to review complaints made to Ad Standards under the Canadian Code of Advertising Standards. Ad Standards is the advertising industry’s self-regulatory body that handles complaints related to claims made in advertising.

A food company made a comparative claim about the amount of water in its product versus a generic competitor. The ad joked that using its product could save water. The billboard ad did not include a source for the data, but in its response to the complaint, the advertiser was able to support the comparative claim from an independent, third-party study.

The advertiser claimed the benefits of saving water were based in humour, hyperbole, and puffery, and that a reasonable consumer would not take the claim seriously. However, Council took the position that consumers could be reasonably confused and ultimately misled by the billboard. The Council considered that water scarcity is a very serious issue, and implying – through the blurring between facts and jokes – that a switch to the advertiser’s product could help to address that issue, created a misleading impression to the consumer.

Key takeaway: Claims must be supported by easily accessible supporting information from well-designed tests. Council thought that if the source of the data behind the claim had been identified, it might have helped to distinguish the line between fact versus hyperbole in the advertisement.

A complaint was filed against an advertiser’s television commercial that promoted home fragrances that used “natural ingredients.” The advertisement’s voiceover described the various scents, while the images showed natural sources for these scents. The complainant alleged that certain ingredients could not be derived from natural sources.

Key takeaways: A claim must not be so vague that the real meaning is open to a number of misinterpretations, while the company relies on the most favourable interpretation to promote its product. The advertiser benefited from the impression left with the consumer that all the fragrances and ingredients were naturally sourced.

Overbroad claims or claims that are unqualified or otherwise too vague to have a reliable interpretation are a common trap and should be avoided (e.g., “eco-friendly”).

Be aware of other types of vague or irrelevant claims that can creep into advertising. For example, claiming something is free of a chemical or compound that reasonable customers would not expect to be part of the product’s manufacturing process would be irrelevant.

Preventing false, misleading or unsubstantiated environmental statements is becoming more important as consumers and competitors more carefully scrutinize advertising claims. This can be difficult as marketers push the envelope and try to find creative ways to portray a product’s features. Legal departments can help ensure that their businesses are making responsible and robust environmental claims while protecting against regulatory enforcement and loss of brand goodwill. 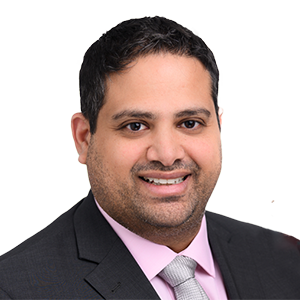