The Nairobi International Convention on the Removal of Wrecks, 2007, also known as the Wreck Removal Convention (“WRC”), entered into force on April 14, 2015. More than 50 states have now ratified the WRC.

The WRC includes a requirement for owners of vessels 300 GT and higher to have compulsory insurance to provide for wreck removal costs.

While P&I Clubs are familiar with the WRC and providing the required proof of compulsory wreck removal insurance, the extension of the WRC provisions to territorial seas and to domestic vessels means that shipowners will likely be looking more and more to non-P&I Club insurers for the necessary insurance. Shipowners operating only domestically may be more accustomed to relying upon the non-P&I Club marine insurers by reason of pricing or their country’s licensing requirements which limit P&I Club participation in their market. P&I Clubs themselves may be risk adverse to accepting barges used only in domestic voyages (often ranging from 500 GT to 5000 GT).

The nature of the compulsory insurance required as by the WRC is not always well understood outside of the P&I Club market.

Under Article 10 of the WRC, the only defences available to a vessel owner to avoid paying for wreck removal costs are if the maritime casualty:

The party providing Wreck Removal Insurance can rely on the WRC Article 10 defences and one additional defence: if “the maritime casualty was caused by the wilful misconduct of the registered owner”.

This means that a wreck removal claim must still be paid out under Wreck Removal Insurance even if a maritime casualty occurs when:

Therefore, insurers may want to include express provisions in the Wreck Removal Insurance policies to entitle them to at least attempt to recover from the insured any amount paid out for claims that may have been caused or contributed to by a breach of that contract, or the underlying hull and machinery or P&I insurance policies for the vessel.

In exchange for providing the guarantee of financial responsibility, the party providing the Wreck Removal Insurance is permitted to limit its liability to the vessel’s limitation amount pursuant to the Convention on Limitation of Liability for Maritime Claims (the “Limitation Convention”). This is important because in some countries, such as Canada, vessel owners themselves cannot avail themselves of limitation for wreck removal claims. Even if the state involved has exempted claims related to wreck removal from the Limitation Convention, the insurer can limit its liability under the Wreck Removal Insurance.

However, this may be of limited comfort because under the Limitation Convention the property damage limitation amount for a 300 GT vessel is approximately US$2 million (the limitation amount increases as the vessel gets larger). This is still a very significant amount to pay out in circumstances that an insured may be in breach of its underlying marine insurance policies.

One other difficulty which may be encountered by the non-P&I Club market is the fact that the limitation of liability in many countries is based on special drawing rights (SDRs), which is a currency used for international conventions based on an averaging of five international currencies (the US dollar, euro, Japanese yen, British pound sterling and Chinese renminbi). During the last five years, the value of 100 SDRs has ranged from a low of US$122 to a high of US$151 and it can fluctuate throughout the day just like any other currency. Therefore, the Wreck Removal Insurance is for a maximum amount that can vary significantly even over the course of a one-year policy.

Under the WRC, a state may extend the application of the WRC and the obligation to carry Wreck Removal Insurance to its territorial seas. To date, more than 20 countries have assented to the territorial extension under Article 3(2) of the WRC including Canada, Denmark, Finland, France, Japan, Panama, Sweden and the United Kingdom.

A county’s territorial sea normally extends 12 nautical miles from the coastal baseline. If states do not extend the scope of the Convention, incidents in their territorial waters will remain subject to domestic law and the provisions of the Convention (including the compulsory insurance regime) will not apply.

The need for Wreck Removal Insurance to satisfy the WRC will spill over into the non-P&I club marine insurance market because the application of the WRC is so broad.

The CLC only applies to tankers carrying persistent oil in excess of 2,000 tonnes and the Bunkers Convention only applies to vessels over 1,000 GT with fuel on board to operate machinery or the vessel itself. The liability risks for these larger vessels is more often placed with P&I Clubs.

The WRC, on the other hand, applies to vessels as small as 300 GT. Under the Bunkers Convention and the CLC, Canada issued 750 certificates evidencing compliance per year. This is expected to increase four-fold to 3,000 certificates with those vessels that are now required to have proof of financial compliance under the WRC.

In Canada, many hundreds of barges are now captured by the requirement to have Wreck Removal Insurance even where the value of the barge itself may be insignificant. A number of the barges may not qualify for hull insurance which makes it even more difficult for them to obtain compulsory Wreck Removal Insurance, especially in the currently constrained insurance marketplace.

As more and more countries ratify the WRC and extend its application to their territorial seas, the WRC’s Wreck Removal Insurance provisions create a much bigger footprint than the existing conventions which also require some form of compulsory insurance representing a financial guarantee.

Conclusion: Impact of the WRC on the marine insurance industry

In order to stay competitive in the commercial marine business, we expect that both dedicated marine underwriters and multi-line insurers insuring vessels operating within territorial seas of a country waters will have to offer Wreck Removal Insurance. As insurers cannot rely upon any contractual or statutory defences before paying wreck removal claims up to about US$2 million, those insurers may refuse to insure any vessels that are not the highest quality and therefore, least likely to be involved in a wreck removal claim. Insurers may decide to add recovery provisions to their contracts if claims are paid out to third parties notwithstanding breaches by the insured of the underlying insurance policies. If it becomes difficult or prohibitive to buy Wreck Removal Insurance due to its cost or strict terms, the obligation to do so may be ignored by the owners of the very vessels that are most likely to become wrecks. The end result, we predict, is that barges and old, large ships will be hidden away on coasts without any insurance whatsoever – out of sight, out of mind, until a casualty occurs. 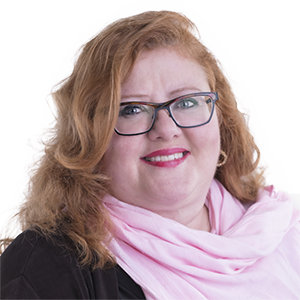 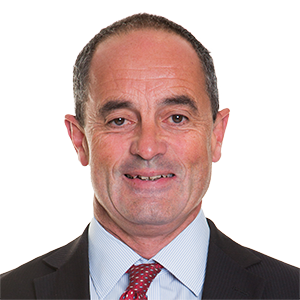