The Supreme Court provided additional guidance on the standards district courts should follow when awarding attorney’s fees to the prevailing party under Section 505 of the Copyright Act in Kirtsaeng v. John Wiley & Sons, Inc., 579 U.S. ___ (2016).  The Court sought to answer the  question of whether a district court should give substantial weight to the objective reasonableness of the losing party’s position when exercising its discretion under §505.  Slip op. at 1.  The Court answered the question in the affirmative, but also held that “the court must also give due consideration to all other circumstances relevant to granting fees; and it retains discretion, in light of those factors, to make an award even when the losing party advanced a reasonable claim or defense.”  Id.  Accordingly, the Court remanded the case for further consideration in view of that “discretion.”  Id.

The underlying dispute in this case was the subject of an earlier major copyright opinion by the Court in 2013.  In that case, the Court held that the first-sale doctrine applied both to books originally published in the United States and overseas, ruling in Kirtsaeng’s favor.  Id. at 1-2.  Kirtsaeng, a citizen of Thailand studying in the United States for college, devised a plan whereby family and friends would purchase English language textbooks in Thailand—some published by Wiley—virtually identical to those used in his US classes.  Id.  The books were much less expensive in Thailand, and Kirtsaeng would resell them in the United States at a profit.  Id. at 2.  Wiley filed suit claiming copyright infringement, and Kirtsaeng raised the first-sale doctrine as a defense.  Id.  In general, the first-sale doctrine allows the lawful owner of copyrighted material such as a book to sell or otherwise dispose of it as he wishes.  Id.  Before the Court’s 2013 decision, the circuit courts were in conflict as to whether the doctrine applied only to books purchased in the United States, or also to books purchased abroad.  Id.

After the Supreme Court held in favor of Kirtsaeng and applied the first-sale doctrine to U.S. and foreign sales, he sought to recover over $2 million in attorney fees in district court under §505.  Id.  The district court denied the application, with the court giving “substantial weight” to the “objective reasonableness” of Wiley’s litigation positions.  Id. at 2-3.  The district court explained that imposing fees against an unsuccessful plaintiff who took objectively reasonable positions, although unsuccessful, would not promote the purposes of the Copyright Act.  Id. at 3.  The Court agreed, noting that Wiley’s position in the earlier case that the first-sale doctrine did not apply to foreign sales was reaonsable as demonstrated by the fact that it was supported at the time by several U.S. Courts of Appeals and, although a minority, three Justices of the Supreme Court.  Id. The district court found no other circumstances to override the objective reasonableness and declined to impose fee shifting under §505.  Id.

The Supreme Court began its analysis by explaining that §505 authorizes fee shifting without specifying standards or guideposts for courts.  Id. at 3.  In Fogerty v. Fantasy, Inc., 510 U.S. 517, 519 (1994), the Court established several principles and criteria to guide decisions.  The statute requires discretion, and does not allow for a precise rule or formula.  Fogerty, 510 U.S. at 533-34.  Nevertheless, the Court created two restrictions:  (1) a district court may not award attorney’s fees as a matter of course; and (2) a court may not treat prevailing plaintiffs and defendants differently.  Id.  at 527, 533.  The Court also provided the following non-exclusive factors to inform the exercise of discretion by district courts:  frivolousness, motivation, objective unreasonableness, and the need in particular circumstances to advance consideration of compensation and deterrence.  Id. at 534, n.19.  The possibility of additional future guidance was left open, which was taken up in the instant case.  Id. at 534-35.

The Court began its analysis of the proper standard by noting “disagreement in the lower courts about how to address an application for attorney’s fees in a copyright case,” including giving substantial weight to reasonableness (Second Circuit), a totality-of-the-circumstances approach “without according special significance to any factor” (Fourth Circuit), and “presuming that a prevailing party receives fees” (Fifth Circuit). Kirtsaeng, slip op. at 3, n.1. The parties also asserted two distinct positions for the Court’s choosing.  Id. at 5.  Both agreed that the district court should be guided toward promoting the purposes of the Copyright Act, but that was the end of their agreement.  Id. Wiley argued that giving substantial weight to the reasonableness of a losing party’s position would best serve the Act’s objectives.  Id.  In contrast, Kirtsaeng asserted that courts should give special consideration to whether a lawsuit resolved an important and close legal issue.  Id.

Following a discussion of the aims of the Copyright Act, the Court held that the “objective-reasonableness approach” advanced by Wiley should be approved because it encourages parties with strong positions to stand on their rights, as well as deters parties with weak cases from proceeding.  Id. at 6-7.  The Court reasoned that a litigant who is clearly correct, either plaintiff or defendant, is thereby given an incentive to litigate a case all the way to final resolution and recovery of fees.  Id. at 7.  A person who has an unreasonable litigation position, again as plaintiff or defendant, is similarly discouraged from proceeding by the prospect of paying two sets of fees.  Id.  The Court provided several examples, all of which it claimed supported the purposes of the Copyright Act.  Id.

The Court also addressed problems associated with the approach advocated by Kirtsaeng.  Id. at 7-8.  For example, there was no assurance that fee shifting would encourage parties to litigate cases which were likely to advance copyright law.  Id. at 7.  While fee-shifting increases the reward of victory, the price of defeat is raised as well.  Id.  The Court also pointed out that a hallmark of hard cases is the difficulty of predicting who will win or lose.  Id. at 7-8.  The Kirtsaeng approach could thus discourage litigation which advances the aims the Copyright Act as much as it encourages the same, and was deemed speculative.  Id. at 8.

Furthermore, the Court held Wiley’s approach more administrable by district courts.  Id. at 8-9.  The court that has ruled on the merits of a case from the outset is in a good position to determine whether or not the losing party advanced unreasonable positions.  Id. at 9.  The Court contrasted this situation with Kirtsaeng’s proposal, in which the district court would be required to determine if the case would meaningfully advance copyright law.  Id.   District courts are ill-equipped to determine the precedential value of their cases, which may not be knowable for years in the future and could be largely beyond their control.  Id.

The Wiley approach also treats plaintiffs and defendants evenly, as mandated by Fogerty.  Id. at 9.  The district court is required to consider whether the losing party took unreasonable positions, regardless of whether they were plaintiff or defendant.  Id.  The Court placed much faith in district courts to not award fees in every case where a plaintiff prevailed, and stated that “if some court confuses the issue of liability with that of reasonableness, its fee award should be reversed for abuse of discretion.”  Id. at 10.  Interestingly, a footnote discussed fee award statistics from the Second Circuit over the past 15 years.  Id. at 10, n. 3.  After default judgments were removed, fees were awarded to plaintiffs in 60% of cases and to defendants in 53% of cases.  Id.  The Court said these statistics were “fairly similar” for plaintiffs and defendants. Id.

The Court concluded by stating that objective reasonableness is only an “important factor” in determining fee applications, but that it is not controlling.  Id. at 10.  A range of considerations must still be considered beyond reasonableness.  Id.  Examples where fees could be awarded despite meeting the reasonableness standard were litigation misconduct and overaggressive assertion of copyright claims.  Id. at 11.

The case was not a total loss for Kirtsaeng.  The Court held that he had raised serious questions about how the Second Circuit applied its test; namely, to the extent the Second Circuit’s test had been interpreted such that “a finding of reasonableness raises a presumption against granting fees,” such an interpretation “goes too far.”  Id.  The Court noted that Kirtsaeng had correctly pointed out that there were “hardly any” decisions in the Second Circuit where fees were granted when the losing party had raised a reasonable argument, and none where fees were denied when the losing party failed to do so.  Id.  Kirtsaeng’s fee application will thus get a second look in light of the Court’s opinion, although it did not “at all intimate” that a different conclusion should be reached on remand.  Id. at 12. 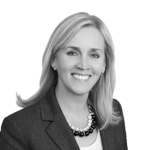