US companies often use trade secrets as a valuable and indispensable method of protecting their proprietary information.  But with a growing dependence on trade secrets by US companies both at home and abroad comes a growing threat of trade secret misappropriation that can involve foreign jurisdictions.  And an unfortunate scenario is reoccurring, where an employee suddenly quits a company and takes the company's trade secrets to a competitor overseas, with China being a common destination.

To address this misappropriation and be compensated for the damage caused, a party should consider whether to institute proceedings for trade secret misappropriation in the US or China, or both.  To be sure, there are stark differences in the countries' discovery systems.  In the US, discovery is broad and a dominant part of litigation, with discovery tools ranging from written discovery (e.g., interrogatories, requests for production of documents, request for admissions, and depositions) to discovery motions (e.g., motions to compel and motions for protective order).  In contrast, the Chinese system has no formal discovery and no requirement that parties provide evidence to one another.  Parties simply produce to the court whatever documents they intend to use to support their case, and must use more informal measures (such as a private investigator) to gather further evidence.  Because of these differences, one reason for pursuing parallel proceedings in the US and China is to use the broad discovery tools in the US to discover evidence for use in the Chinese proceeding.

Therefore, it is important to understand what options are available to maximize the chances that US evidence can be produced in a Chinese court, which may make a substantial difference in the outcome of a matter there.  Discussed below is a mechanism that can be used with the US court to be permitted to use the evidence overseas, along with the obstacles of such mechanism.  Also discussed is a new option that can be used with the Chinese court that may result in an opposing party being required to produce the materials directly in the Chinese proceeding.

The US option is to file a motion under Section 1782, entitled "Assistance to foreign and international tribunal and to litigants before such tribunals."1  Pursuant to Section 1782, a US district court can order a person to produce a document for use in a foreign processing.  Section 1782 essentially has three requirements:

Regarding the first requirement, the target of a Section 1782 subpoena includes both actual people and legal entities.  Being "found" in a district requires a lower contact threshold than "residing" in a district.2  For instance, the target of discovery is "found" if served with a subpoena while traveling through the district.3  Also, a corporation incorporated or with headquarters outside of the district can still be "found" in the district if it would be subject to personal jurisdiction in that district by virtue of its systematic and continuous activities there.4

Section 1782 requests in trade secret misappropriation cases have found mixed success.  In Four Pillars, the district court invoked its discretion and denied the plaintiff's request under Section 1782, except as to three document requests, because the request would have frustrated an earlier protective order from prior litigation between the parties.6  The 9th Circuit confirmed, but noted that there "was not… a rigid rule that a protective order of its own force precludes subsequent discovery under § 1782….  [D]iscovery in one lawsuit that is subject to a protective order may not necessarily, or even often, preclude discovery in a subsequent lawsuit (with or without a protective order issued by the new court)."7  In this particular case, the Section 1782 request was denied because of the "special circumstances" of the case, notably the "nasty" nature of the parties' earlier litigation regarding theft of trade secrets and violations of RICO.

In In re O2CNI, the district court originally denied without prejudice the plaintiff's Section 1782 request to obtain discovery in the United States for use overseas by Korean authorities in their criminal investigation regarding potential criminal theft of plaintiff's trade secrets by defendants.  Although the statutory factors were met, the district court invoked its discretion under the Intel factors to deny the requests because they "were breathtaking in their scope and so broad as to be a fishing expedition."8  However, the court noted that the requested discovery was not appropriate "on this record" but could "see how one might draft an appropriately-targeted request in a trade secrets case such as this one."9  Subsequently, after defendants were indicted by the Korean authorities, the plaintiff submitted amended subpoenas under Section 1782 with much narrower requests, which the court granted.10

In In re PQ Corp., the district court granted in part plaintiff's Section 1782 request for use of documents and information in a Korean lawsuit it intended to file regarding trade secret misappropriation and patent infringement.  Noting that the proposed subpoenas were "sweeping in subject matter and time," but that the "balance of [Intel] factors weigh in favor of permitting more narrowly tailored discovery," the court permitted more limited discovery as provided by the Federal Rules of Civil Procedure.11

There is now a relatively new option involving a direct request to the Chinese court that parties should consider to obtain the evidence produced there.  Under a newly adopted interpretation of the PRC Civil Procedure Law, recently provided by the Supreme People's Court, it is now possible for one party to request the court to order the other party to provide specific documentary evidence that is under the other party's control.  The translation of Article 112 of the Interpretation states:

A primary motivation underlying this Article of the Interpretation was to encourage requests for the production of accounts, records, and books, as the judges were having difficulty with properly assessing damages.  In practice, Chinese judges had been reticent to use existing provisions in the PRC Civil Procedure Law on specific discovery and preservation of evidence.  However, the language of this Article of the Interpretation is broad enough to cover production of any document that one party knows is under the control of the other party.

Given the short period of time this 2015 Supreme People's Court Interpretation has been in effect, it is unclear how successful such requests will be under Article 112.  From the language of the Interpretation, the party making the Article 112 request will have to prove that the requested documents are indeed under the other party's control.  To support that the "grounds for the request are valid," the requesting party should also emphasize that the requested documents are important for verifying essential aspects of the case.

Prior to the 2015 Supreme People's Court Interpretation, litigants in Chinese courts were limited to seeking redress from US courts to get evidence under the other party's control before the Chinese courts.  This approach was met with limited success.  To increase chances of the evidence being provided, Chinese litigants should consider going directly to the Chinese court to seek the production of identified documents known to be in the possession of the opposing party.  Companies should consider which approach – the US or Chinese – to use first and how these might be used in tandem to successfully achieve their goals.

1 "The district court of the district in which a person resides or is found may order him to give his testimony or statement or to produce a document or other thing for use in a proceeding in a foreign or international tribunal…  The order may be made… upon the application of any interested person and may direct that the testimony or statement be given, or the document or other thing be produced, before a person appointed by the court…".  28 USC. § 1782(a).

3 See Edelman v. Taittinger, 295 F.3d 171 (2d Cir. 2002) (allowing discovery under Section 1782 to assist French litigation when third party—who lived and worked in France—was "found" in New York visiting an art gallery, reasoning that if tag jurisdiction was sufficient to subject a person to liability, it was also sufficient to subject a potential witness to discovery).

12 Interpretations of the Supreme People's Court on Applicability of the Civil Procedure Law of the People's Republic of China, issued January 30, 2015, effective February 4, 2015 (available at www.ipkey.org/en/resources/download/2649/3380/23). 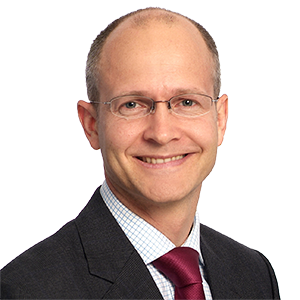