Further to the statements made at the UN Climate Summit in September 2014 and at  COP20, on 1 April 2015 Russia introduced to the Secretariat of the UN its Climate Action National Plan (CANP) which is known as its “Intended Nationally Determined Contribution” (INDC). According to the CANP the long-term objective of Russia’s contribution to the limitation of greenhouse gas emissions will be:

“to mitigate by year 2030 anthropogenic greenhouse gases emissions in Russia for up to 70-75% of the level of 1990, subject to the maximum possible account of absorbing capacity of forests”.

However, it should be noted that the CANP provides that the final decision on Russia’s INDC depends on the outcome of the UN climate negotiations, along with the INDCs of other major greenhouse gas emitters.

Russia considers that its INDC, by limiting greenhouse gas emissions to a level 25-30% below the level of emissions in 1990:

“will allow the Russian Federation to step on the path of low-carbon development compatible with the long-term major objective - of the non-exceedance of the 2 Celsius degrees-increase of the temperature”.

On 28 September 2015 Vladimir Putin, the President of the Russian Federation, in his speech at the 70th General Assembly of the United Nations raised the issue of climate change and referred to Russia’s INDC as follows:

“It is in our interest to ensure that the coming UN Climate Change Conference that will take place in Paris in December this year should deliver some feasible results. As part of our national contribution, we plan to limit greenhouse gas emissions to 70–75 percent of the 1990 levels by the year 2030”.

The full text of Russia’s INDC submission can be accessed here.

Procedure for estimating the payment and the maximum permissible amounts of environment pollution, waste disposal and other harmful effects (Procedure) was approved by Decision of the Government of the Russian Federation No. 632 dated 28 August 1992 (with latest amendments being introduced on 26 December 2013). The Procedure applies to enterprises, institutions, organizations and foreign legal entities and individuals engaged in any form of activity on the territory of the Russian Federation involving the use of natural resources and provides charges for the following types of harmful impacts on the environment:

It should be noted that the obligation to pay such charges arises neither from the status of the relevant entity nor from its title to any property, but rather by its engagement in any activities which produce negative effects on the environment.

The Federal Service for Supervision of Nature Resources (Rosprirodnadzor) supervises the calculation and payment of charges levied for negative and harmful impacts on the environment.
Nowadays Russia actively discusses and develops initiatives to improve the existing regulatory regime of payments for environmental pollution. For example, in order to reduce air pollution emissions and reduce greenhouse gas emissions from the combustion and dispersal of associated gas, the Russian government approved the Regulation on the peculiarities of calculation of fees for emissions produced during burning in flares and dispersion of associated petroleum gas.

According to official data calculated on the basis of current production and consumption levels, Russia holds proven oil reserves for 25 years of supply and proven gas reserves for 70 years of supply, thus making the development of renewable sources of energy an increasingly critical issue. The Energy Strategy of Russia approved by the Regulation of the Russian Federation No. 1715-r dated 13 November 2009 “On energy strategy of Russia for the period until 2030” (Energy Strategy) for the period until 2020 stipulates that one of the main aims for this period is to increase production and consumption of electrical energy using renewable energy sources, including solar power, from 0.5% to 4.5%. However, it should be noted that so far the development of the renewable energy sector is not the primary focus for the Russian Federation as according to the Energy Strategy the development of resources of conventional and traditional hydrocarbons remains central to the Energy Strategy implementation plan.

At present the regulatory framework for the development of photovoltaics in Russia is in its initial stages. The first principal normative acts include Decree of the Government of the Russian Federation No. 426 dated 3 July 2008 "On the qualification of a generating facility operating on renewable energy sources" and Government Regulation No. 1-R dated 8 January 2009 “On the focal points of the state policy in the sphere of improving energy efficiency based on the use of renewables”.

Government support of economic initiatives for promotion of renewable energy, and in particular photovoltaics, has had a decisive effect on the development of the photovoltaic industry. The package of documents approved by the Government of the Russian Federation in May 2013 serves as an example of such support. As part of this package, the Decree of the Government of the Russian Federation No. 449 dated 28 May 2013 “On the mechanism for the promotion of renewable energy on the wholesale electricity and capacity market” (as amended) was adopted, as well as changes to the main planks of public policy in the sphere of improving energy efficiency based on the use of renewable energy sources. The decree provides for agreements for the supply of power which allow investors to benefit from regulated prices during certain periods of time. Pursuant to the decree the authorities conduct federal tenders for projects to supply power, and investors, whose project bids are approved, are eligible to enter into such an agreement. The primary purpose of this new legislation is to encourage investors to fund Russian renewable energy projects. However, this approach covers only the wholesale market and applies only to major power plants (with a capacity over 5 MW). In this regard, on 5 February 2015 the new Decree of the Government of the Russian Federation No. 47 “On the stimulation of renewable energy sources usage on retail electricity market” was adopted which offers a similar approach to the earlier decree, but on the retail market.

Initiatives of local authorities are also important for the development of the industry. At present, for example, in the Ulyanovsk region the local authorities are creating Renewable Power Generation Park. This park is intended mainly for production, scientific research and prototype testing of alternative energy sources including solar energy. This is a unique project created mainly through private investment.

By 2030, 16 wind power plants (WPP) will be constructed in accordance with the Scheme of territorial planning in the energy sector of Russia until 2030 which was approved by Dmitry Medvedev, the Prime Minister of the Russian Federation. Most of the WPP will be constructed in the Southern Federal District of the Russian Federation. The Astrakhan WPP has a planned capacity of 100 MW. The estimated date of commissioning of the Astrakhan WPP is 2030. A wind park will be built in the Volgograd region with a capacity of 100 MW in 2025 and an increased capacity of 900 MW by 2030. This wind park is set to become one of the largest in Europe.

Russia has a national programme called “Energy efficiency and energy development” which was approved by Regulation of the Government of the Russian Federation No. 321 dated 15 April 2014.

This programme was drafted by the Russian Ministry of Energy and has the following aims:

It is estimated that approximately 28.6 trillion Roubles will be spent by 2020 on the implementation of this programme - budgetary funds will constitute about a quarter of the total investment and the remaining investments will be funded primarily by various companies in the fuel and power industry.

In relation to the implementation of fiscal and tax measures to reduce greenhouse gas emissions, it should be noted that a set of amendments was introduced to the Federal Law No. 7-FZ dated 10 January 2002 “On Protection of Environment” (as amended) which provides the following options for governmental support for activities which reduce negative impacts on the environment: 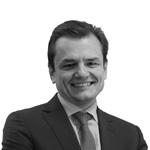