This article was first published in Property Week on June 5, 2020

Recent events have prompted a number of lease renegotiations between landlords and tenants, mostly surrounding timing and amount of rent payments, but other changes have also been discussed.

While most changes to existing arrangements will be characterised as informal concessions by one party to the other, in some cases a formal variation may be contemplated. To avoid unintended adverse consequences, landlords should consider a number of issues carefully before formalising changes to a commercial lease.

A landlord should read the lease first to ensure a proposed amendment will not have an undesirable knock-on effect on other provisions, and secondly to assess whether any other provision ought to be included in the negotiation for the landlord’s benefit.

Beware that certain variations – principally an extension of the lease’s term or an enlargement of the demised premises – will have the effect in law of a “deemed surrender and re-grant of the lease”. This means that even though there may not be a document actually surrendering the lease or granting a new one, in law that is what is deemed to have happened.

A deemed surrender and re-grant can have significant adverse consequences for a landlord; for instance, any security for the tenant’s obligations that is dependent on the continuing existence of the lease may be released, and third-party consents for granting a new lease may be required. If contracted out, the exclusion of the tenant’s statutory security of tenure will be lost. For the tenant, the ‘new’ lease may need to be registered at the Land Registry and SDLT paid.

Landlords and tenants should also consider whether the negotiated changes should be personal or bind successors-in-title, and whether costs of effecting the variation will be shared or attributed to one party.

Finally, as the variation may not be one that the landlord wishes to publicise, it would be prudent to include confidentiality obligations on the parties, with allowances being made where disclosure is required for regulatory purposes. 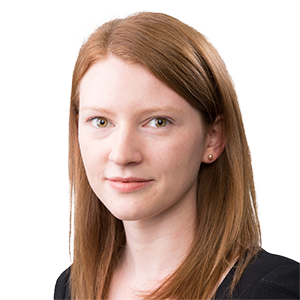