By any measure, 2019 was another bumper year for English breach of warranty judgments. In the past 12 months, six significant judgments have emerged from the Business and Property Courts and Court of Appeal. However, in all probability these judgments are the tip of the iceberg. Applying the usual rule of thumb that 60 per cent of issued proceedings settle1, factoring in that a reasonable proportion of warranty claims will have been resolved pre-action, and having regard to published warranty and indemnity insurance statistics that approximately one in three of all issued policies result in a notification, it is fair to assume that a number of other high-value warranty claims were resolved in the same period, behind closed doors.

Nevertheless, the six cases which ran the distance in 2019 did consider a number of important issues. As this round-up will outline, such issues have included:

Most SPAs governing private M&A transactions will include a clause which relieves the Seller from liability for a breach of warranty if a compliant claim notice is not served by the Buyer within a certain period of time. While each clause turns on its own wording, the usual requirement for a compliant notice is that it makes clear to the Seller that a claim is being made and gives details of the grounds on which the claim is based.

In recent years, the Courts have found a number of notices to fall shy of this threshold. Within this year’s cohort of cases, Stobart Group Ltd and Anor v William Stobart and Anor provides another such example. There, the question was whether a notice served shortly before the expiry of the claim period concerning a potential tax liability gave “written notice of such Tax Claim (stating in reasonable detail the nature of such Tax Claim and, if practicable, the amount claimed),” as the SPA required. The Court found that the Buyer’s notice did not meet this standard because (1) it made no reference to a Tax Claim or otherwise indicated that a claim was being made against the Seller, (2) it only referred to a potential liability to tax, without any reference to a liability of the Seller and (3) the notice referred to a different clause in the SPA designed to give the Seller early notice of potential claims by HMRC.

By contrast, the disputed notice in Triumph Controls – UK Limited & Anor v Primus International Holding Company & Ors was found to have given adequate notice of the Buyer’s claims for breach of warranty as it clearly identified the warranties relied on and summarised the basis of the claims. While the claimant’s notice fell on the right side of the line in Triumph, further cases involving challenges to notices will arise in the future, and the Stobart case will doubtless not be the last occasion on which such a challenge succeeds.

On a number of occasions, the construction and application of warranties was looked at.

In the Triumph case again, three breach of warranty claims were considered in connection with the sale and purchase of various companies’ manufacturing components for the aerospace industry. One of the claims was based on a typical warranty that each purchased company had, and had materially complied with, “all licences, consents, permits and associated registrations and authorities (“Permits”) necessary to the carrying on of its business in the places and in the manner in which its business is now carried on.” The Buyer’s case was that the companies’ material non-compliance with industry accreditation standards breached this warranty but the claim failed because the companies were in material – if not total – compliance at the date of Completion. In reaching this conclusion, the judge also considered the accreditation qualified as a “Permit” for the purposes of the warranty, because (1) the words “licences, consents, permits…” indicate a formal written communication evidencing a form of permission, (2) to fall within the warranty, the relevant accreditation had to be capable of being construed as a permission and (3) under the warranty, the purpose of any permit must be assessed to determine if it is sufficiently essential to the business.

Finally, in Minera Las Bambas & Anor v Glencore Queensland & Ors, in order to recover under the tax covenant in an SPA concerning the purchase of a Peruvian mining company, the Buyer had to establish that one of two warranties had been breached: “All returns, computations, notices and information which are or have been required to be made or given by each Group Company for any Taxation purpose…have been made or given within the requisite periods and on a proper basis and are up-to-date and correct” and “Each Group Company is in possession of sufficient information or has reasonable access to sufficient information to enable it and/or its officers, employees or representatives to compute its liability to Taxation insofar as it depends on any Transaction occurring on or before Closing, and to meet any other legal obligation relating to Taxation or accounting matters.” The Court of Appeal found neither breach made out in connection with Peruvian VAT liabilities incurred by the company. This was because, in the first warranty, the words “on a proper basis” referred to the accounting basis on which the returns and computations were prepared, and not their evidential basis, and because the second warranty only required each company to possess the information or have reasonable access to it.

In one form or another, most SPAs excuse the Seller from a breach of warranty to the extent that the subject matter of the claim is “fairly disclosed” in the Disclosure Letter (and, sometimes, the accompanying documents). The term “fairly disclosed” often shorthand for “disclosed in sufficient detail to identify the nature of the matter disclosed,” or similar. The few authorities that there are on this type of provision indicate that the adequacy of disclosure must be assessed by careful analysis of the Disclosure Letter, and that where disclosure is by reference to accompanying documents, only matters that can be ascertained directly will be treated as disclosed.

In the Triumph case, the Court found that the delivery and quality failings on which the Buyer based another of its claims – for breach of the litigation and material contracts warranties – had been fairly disclosed. A detailed examination of the Court’s approach is beyond the scope of this article, but the judgment represents a very useful roadmap for how a Court is likely to go about assessing the adequacy of a Seller’s disclosure.

However, on rare occasions the normal approach will be displaced. 116 Cardamom Limited v Macalister & Anor was one such occasion, where the key quantum issue between the parties and their forensic accounting experts was whether the purchase price should be treated as the value of the company “as warranted” or whether, in fact, the company had been sold at an undervalue. This was important because the actual value of the company was negligible. Assisted by the parties’ expert evidence, the judge concluded that, had the accounts warranties in the SPA been accurate, the market value of the company would have been substantially higher than the purchase price. In light of this unusual finding, the Buyer was entitled to recover a higher amount from the Sellers than would otherwise have been the case.

On a different issue, in Oversea-Chinese Banking Corporation Limited v ING Bank N.V the Buyer argued that the normal approach to valuing breaches of warranty should be displaced and that its claim should instead be valued on a “hypothetical indemnity” basis. The alleged breach of warranty arose from the omission of a significant contingent liability from the company’s accounts, and it was the Buyer’s position that – had the contingent liability been disclosed in the accounts – it would have obtained an indemnity in the SPA. On that basis, the Buyer claimed the higher amount that it would have been able to recover under that hypothetical indemnify. The Court rejected this argument, confirming the orthodoxy that the correct measure of damage was the difference between the “as warranted” and actual values.

As this high-level summary illustrates, the warranty claims decided by the Courts in 2019 have raised a wide range of issues, from claim notices to quantum, relating to a diverse suite of warranties. In addition to the matters covered in this article, the six judgments from 2019 also determined various other questions. For example, the Minera Las Bambas case also interpreted a standard limitation provision exonerating the Seller from liability that would not have occurred “but for” the Buyers’ actions post-Closing. Similarly, the Triumph case resulted in a further, seventh judgment concerning valuation issues. However, the key takeaway from this “class of 2019” is that they are all important cases in their own right for the development of the law in this area, covering a range of issues that will be of interest to any M&A practitioner

See the latest edition of The Commercial Court Report 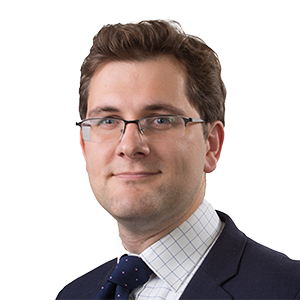 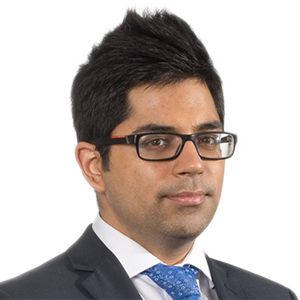 A federal hydrogen strategy for Canada

The federal government released its Hydrogen Strategy for Canada (the Strategy) in December 2020. Impact of Brexit on Intellectual Property

Do I need to take specific positive action as a result of Brexit (now that the implementation period has ended)?