On a foggy London morning in November, the UK Supreme Court handed down its highly anticipated judgment on a no less foggy area of the law: penalty clauses. Heard in tandem, the appeals of Cavendish Square Holdings B.V. v El Makdessi and ParkingEye Ltd v Beavis [2015] UKSC 67, gave the UK’s highest court its first opportunity to consider the penalty doctrine in over a century.

Despite concluding that ‘the penalty rule in England is an ancient, haphazardly constructed edifice which has not weathered well’, the Court unanimously refused invitations to abolish or extend the doctrine, instead choosing to recast the test for whether a contractual provision would be considered penal.

This article analyses the key changes to the penalty doctrine owing from the Supreme Court’s judgment, and assesses the potential implications for commercial parties.

‘The true test is whether the impugned provision is a secondary obligation which imposes a detriment on the contract-breaker out of all proportion to any legitimate interest of the innocent party in the enforcement of the primary obligation.’

In ParkingEye, Mr Beavis parked in a private car park which allowed two hours of free parking but charged a £85 fine if motorists overstayed this period. Mr Beavis overstayed by almost an hour and the managers of the car park, ParkingEye, issued the £85 fine. Mr Beavis did not pay and, when sued by ParkingEye, argued that the £85 fine was an unenforceable penalty or, in the alternative, not binding by virtue of the Unfair Terms in Consumer Contracts Regulations 1999.

This dichotomy arose, in the opinion of the Court, as a result of an ‘over-literal reading of Lord Dunedin’s four tests’1 in the (previously) leading case of Dunlop Pneumatic2. In an attempt to reformulate the case law before him, Lord Dunedin had suggested the following often quoted factors:

English courts (including the Court of Appeal in both El Makdessi and ParkingEye) had more recently taken steps to mitigate the harshness of the dichotomy by taking into account other considerations such as whether a clause, if not a genuine pre-estimate of loss, is nevertheless ‘commercially justified’. The Supreme Court, however, decided to completely abolish the dichotomy, emphasising that a damages clause may be neither a genuine pre-estimate nor a penalty, or it could be both.

The Supreme Court also commented on the related concept that a clause which has some deterrent effect is inherently penal, deciding that there is, in effect, no difference between clauses which deter and clauses which induce. Both are designed to influence the conduct of the counterparty.

The Supreme Court’s re-cast test is: ‘The true test is whether the impugned provision is a secondary obligation which imposes a detriment on the contract-breaker out of all proportion to any legitimate interest of the innocent party in the enforcement of the primary obligation. The innocent party can have no proper interest in simply punishing the defaulter. His interest is in performance or in some appropriate alternative to performance.[Emphasis added].’3

First, a determination of what constitutes a ‘legitimate commercial interest’, and whether a contractual provision is proportionate to that interest, can only be determined on a case by case basis. This concept of proportionality tied to the innocent party’s legitimate interest is the real paradigm shift in the law. Courts must now consider what, if any, legitimate business interest is served and protected by a given clause, and then consider whether the clause is proportionate to such interest.

What does this mean for commercial parties?

The new test sets a higher threshold, which will make it harder for commercial parties to raise penalty arguments successfully, particularly in circumstances where the terms of a contract were negotiated between sophisticated commercial parties of roughly equal bargaining power, who have been legally advised.

There is a wide spectrum of types of clauses that potentially fall within the penalty rule which need to be considered. On the simpler end of the spectrum are straightforward liquidated damages clauses requiring payment of a sum, and on the more complex end sit, for example, restrictive covenants in sale agreements, take or pay provisions in long-term supply agreements and deposit and pre-payment forfeiture clauses.

When dealing with simple liquidated damages clauses, the innocent party’s legitimate interest will rarely extend beyond compensation for the breach, and therefore (as recognised by the Supreme Court) the Dunlop principles (as outlined above) are still ‘good law’ as to whether a clause is penal.

However, for the more complex provisions and non-straightforward liquidated damages clauses, Courts (and therefore parties) may now take into account ancillary commercial factors (such as reputational damage and loss of goodwill, back-to-back contractual obligations, and possibly even incentive payments) in determining the scope of the innocent party’s legitimate interest in performance of the primary obligation.

Whilst this judgment is significant (and many articles have and will be written discussing it), in practical terms it is likely to have a limited impact on how secondary obligation clauses in contracts governed by English law will be drafted.

However, parties negotiating contracts will still want to consider whether a particular clause is potentially a penalty, and in some instances may even consider stepping away from using a liquidated damages clause altogether, and instead rely on a right to claim damages at large (subject to that party’s bargaining power).

Whether a party has a legitimate commercial interest (which the clause in question protects) will be measured at the time the contract is entered into (or subsequently amended). It is therefore necessary to consider that point in time if you are reviewing the provisions of any agreements already in place.

However, it is open to commercial parties negotiating contracts to take a number of steps in light of this decision. If relevant, it may be important to ensure that: 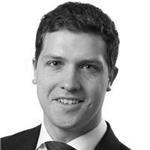 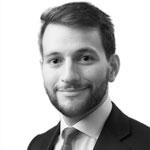