In Part 1 of this blog post series, we looked at DABUS, an artificial intelligence (AI) machine, and the treatment of AI-conceived inventions by various patent offices. In Part 2, we considered an Australian Federal Court judgement that accepted that an AI could be an inventor, and compared it with decisions (and related court appeals) reached by the United Kingdom Intellectual Property Office, the European Patent Office, and the United States Patent and Trademark Office, which found that AI could not be named the inventor on a patent.

While these jurisdictions are divided on the issue of whether an AI can be an inventor of a patent, all agreed that an AI cannot own a patent. We have previously discussed policy issues surrounding ownership of IP over AI-generated products, particularly in the Australian context, here.

In this last installment, we consider the policy and legal implications of permitting or prohibiting AI to be an inventor, with a focus on the Canadian context. In our view, government policy-makers should clarify whether AI can be an inventor of a patent. Once inventorship is confirmed, policy makers should also clarify whether AI can own patents in Canada by virtue of ownership of the AI inventor, or by assignment from the AI inventor. As made clear in Part 2, AI inventorship is not just an academic issue – if AI cannot be an inventor of a patent, patent applications for AI-generated inventions may be rejected on that basis potentially leaving valuable inventions created by AI without patent protection. In addressing this complex issue, policy-makers will need to consider the incentives and underpinnings of the patent system as a whole.

In Canada, a patent application requires a listing of all inventors of that subject-matter.1 Applicants can be different from the named inventors, but have to be entitled to apply for a patent. Inventors are the first owners of the inventive subject-matter of a patent, subject to assignment obligations, such as an IP assignment in an employment agreement. The requirement to list inventors may also be interpreted to mean that, in order to comply, there can be no other entity that invented the subject-matter apart from those inventors who are listed.

An expert round table from the European Patent Office has identified three ways an AI can be involved in invention, which we will use to inform our discussion of AI inventorship in Canada:

What if AI were not permitted to be an inventor?

If AI cannot be the “sole inventor” of the subject-matter, AI-generated inventions may not be eligible for patent protection.3

Not permitting an AI inventor for a patent could discourage future disclosure of AI-generated inventions, and the subject-matter may instead be protected as confidential information. The bargain underlying the patent system grants a time-limited monopoly in exchange for disclosure of all information required to put the invention into practice when the monopoly ends. If AI-generated inventions are ineligible for patent protection because an AI cannot be an inventor, potential patentees may choose to keep such inventions secret instead of risking disclosure without the corresponding patent protection.4

There may be other reasons why AI-generated inventions are ineligible for patent protection. For example, there may be subject-matter or utility requirements that may not be met by the invention created by AI. Accordingly, while the incentive issue is not limited to, or singularly resolved by, whether or not an AI can be an inventor, AI inventorship is a threshold issue that may bar some patent applications at the outset.

It may come as no surprise, therefore, that our view is that the AI Industry and stakeholders may benefit from government policy-makers holding consultations and issuing guidance on whether an AI can be an inventor.

What if AI were permitted to be inventors?

Permitting AI to be listed as an inventor on a patent application would remove the initial hurdle to obtain a patent for an AI-generated invention, assuming that AI-generated inventions would meet all other requirements for patentability (which remains to be tested); however, such an approach comes with its own policy considerations.

Permitting an AI to be an inventor may have a chilling effect on human-generated inventions:

On the other hand, permitting AI inventorship could also spur innovation in different ways:

If policy-makers decide that AI can be an inventor, they should consider what goals they want the patent system to promote, and structure the relevant legislation to ensure such goals are attained.

Permitting humans to be listed as inventors of AI-generated inventions

One alternative to permitting an AI to be an inventor is to allow human and corporate owners to claim inventorship of AI-derived inventions.5 While this would remove a hurdle to AI-generated inventions being patented, it may not resolve the potential disadvantage to human-only inventors which is more a function of technological change and the ultimate grant of patents for AI-generated inventions.

Other humans involved in the creation of AI may also be eligible to claim inventorship: the programmer, the operator, or the trainer. Allowing AI inventors may create additional issues. What if the originally programmed AI created a derivative AI which then created the invention? A solution may be to ensure humans work with AI to create inventions, so that a human can be designated as an “inventor” of AI-generated inventions. This is an extension of a concept those working within the AI industry often call, “keeping a human in the loop,” and policy-makers will have to consider how much human contribution is required to be eligible to claim inventorship of AI-generated inventions, if the government chooses to allow human/AI co-inventorship.

The issue of whether or not AI can be an inventor is an important and complicated preliminary issue for Canadian policy-makers to address as they begin to grapple with how, if at all, the patent system should change to accommodate AI-generated inventions.

As AI is continually developing and becoming more integrated in all fields, the AI inventorship issue could transform how and when patent protection is sought (if it is sought at all) and could set the course for a novel inventorship framework. As such, it will be important for policy-makers to consider the underlying rationales for the patent system as a whole (e.g., promoting innovation and incentivizing investment), and who should be rewarded for invention and full disclosure, and how such considerations map onto a future that includes increasingly powerful and capable AI.

Prohibiting AI inventorship in relation to patents could discourage disclosure of otherwise new, useful, and non-obvious inventions, while also potentially increasing the prevalence of other types of IP, such as trade secrets or confidential information. On the other hand, permitting AI inventorship could radically transform:

Either option could pave the way for an influx of commercial agreements to protect investment and clarify ownership (e.g., confidentiality agreements or collaboration agreements).

At this time of incredible change, the question of whether AI should be permitted to be an inventor of a patent can seem a daunting one to resolve, given the potential consequences. The legal world has always had to adapt to technological progress, and we expect the same response to the developments AI presents. We hope we will soon see steps by Canadian policy-makers to adapt to the changing landscape.

The authors would like to thank articling student Marisa Kwan for her assistance in preparing this update.

AI inventorship on the horizon: Part 2 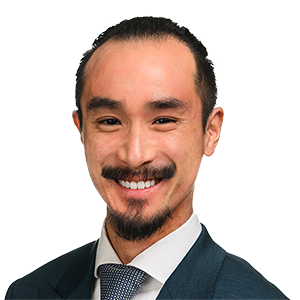 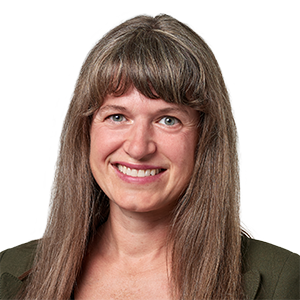