The standstill caused as a consequence of the COVID-19 pandemic has dramatically reduced or in some cases even completely suspended the operations of many UAE companies and, as a result, many of these companies are struggling with cash flow. The past couple of months have seen many borrowers extending credit lines with their relationship banks in an effort to shore-up depleted cash reserves and restore liquidity. With no end in sight to the global pandemic, we expect that companies and their creditors will soon turn towards restructuring these loan facilities in order to rationalize the debt burden with the challenging trading conditions.

We expect that many lenders will be reassessing the credit risk of their borrowers and as a result may require additional collateral from them to either advance new monies or to keep open facilities under existing credit lines.

Many borrowers may face financial difficulties and, although they may have not yet entered into formal bankruptcy proceedings, may be at risk of insolvency. When accepting new collateral from companies in these circumstances, lenders should be aware of the risks posed by antecedent transactions.

In many jurisdictions, an appointed insolvency official has the power to review such transactions which took place during a specified period of time prior to the onset of insolvency and, if relevant conditions are met, reverse or “set aside” such transaction. Such antecedent transactions may include the grant of security.

The law around antecedent transactions in the UAE for companies subject to the UAE’s Commercial Companies Law (and most free zone companies other than, most notably, DIFC- and ADGM- incorporated companies) is set out in Section 5 of Chapter 15 of the UAE’s Federal Bankruptcy Law (Federal Decree Law No. 9 of 2016 on Bankruptcy). Article 168 sets out those categories of transactions which are vulnerable to be set aside if entered into within a period of two years prior to the opening of formal bankruptcy proceedings (unless the Court agrees to enforce such transactions taking into consideration the public interest or the interest of bona fide third parties). Such transactions include:

(b) Granting any new security to ensure the settlement of a previous debt.

Under these two limbs, in order to mitigate any claw-back risk, any new security taken by a lender during the so-called “hardening period” (i.e. the two years prior to the on-set of formal bankruptcy proceedings) would need to be granted in consideration for new funding being made available to the relevant borrower and the value of such collateral should not be significantly disproportionate to the new monies advanced.

In addition, the following transactions may be set aside during the hardening period on the basis that they constitute preferential treatment of one creditor over the others:

(i) The settlement of any debts before their due date regardless of the method of payment; or

(ii) The settlement of debts to be paid by means other than those agreed upon between the debtor and his creditor or in a way that is different than those usually used to settle such type of debts.

The Court also has a general power to rule on the non-enforceability of any disposition if such disposition harms the creditors and the relevant creditor was aware (or should have been aware) that the debtor had suspended payment of its debt or was otherwise insolvent.

A defence available to creditors is to apply to the Court for a ruling on the enforceability of the disposition notwithstanding the provisions of Chapter 15 of the UAE Federal Insolvency Law. The Court may rule to uphold the transaction if it finds that the debtor who conducted the disposition acted in good faith with the purpose of carrying out its business and there were, at the time of the relevant disposition, reasons to believe that the disposition may be carried out for the benefit of its business.

In their dealings with debtors, where procedures for preventive composition or formal bankruptcy have been commenced under the UAE Federal Insolvency Law, creditors should be aware that a debtor is not permitted to make any disposition without the consent of the Court and any such non-consensual disposition may be ruled unenforceable by the Court. Upon commencement of these procedures, the Court also has wide general powers to deal with security over the debtor’s assets, including to:

(a) Rescind any valid contract to which the debtor is a party if (i) it is considered to be necessary for the debtor to carry out its business or (ii) the termination of that contract achieves the interest of all the creditors and does not lead to serious harm to the interests of the party contracting with the debtor.

(b) Replace the security if it believes the encumbered assets are essential for the continuity of the debtor’s business; and/or

(c) Where new funding is being provided to the debtor, grant security over that debtor’s assets in consideration for such funding ranking above any existing security over such assets provided that the Court is satisfied that such new collateral shall not be prejudicial to the existing creditor.

(a) Transactions entered into at an undervalue.

(c) Invalid security interests granted in favour of a person connected with the company.

Under Article 132, a DIFC Court (on the application of a liquidator or an administrator) may restore the company’s original position and set aside any transaction entered into at an undervalue within the two year period prior to the date in which the company goes into liquidation or an administrator is appointed pursuant to the terms of the DIFC Insolvency Law (such date being the Insolvency Date). A DIFC Court shall not, however, make such an order where it is satisfied that the company entered into such transaction in good faith for the continuity of its business and, at the time, there were reasonable grounds for believing that the transaction would benefit the company. The term “undervalue” may constitute any of the following:

(i) A gift by the company to any person.

(ii) A transaction with a person where the company receives no consideration; or

Under Article 133, a DIFC Court (on the application of a liquidator or an administrator) may issue an order to restore the company’s original position in instances where the company has given a preference to:

(a)  A person who is connected with the company (otherwise than by reason only of being its employee) within the two year period prior to the Insolvency Date; or

(b) Any other person, within the six months period prior to the Insolvency Date.

A company is considered to have given a preference to a person if:

(ii) The company does anything or suffers anything to be done which places that person in a better position after the company has entered into an insolvent liquidation.

A creditor may be able to argue that the company, in granting the preference, was not influenced by a desire to place that creditor in a better position and this may be a valid defence before the DIFC Courts. However, where the preference was given to a person connected with the company (otherwise than by reason only of being its employee), this influence is presumed and the defence may not apply.

Under Article 134, where a company becomes insolvent, a security interest in all or substantially all of the company’s property is invalid where:

(a) The security interest is created in favour of a person connected with the company and was entered into within the two year period prior to the Insolvency Date.

(c) The security interest was created after the commencement of a voluntary arrangement pursuant to the terms of the DIFC Insolvency Law.

Any security interest subject to this article may not be invalid to the extent it transfers value to, or releases liability of, the company as a result of the underlying transaction giving rise to the grant of such security interest. As above therefore, the risk of a security interest being declared invalid as an antecedent transaction is potentially mitigated if it is granted in consideration for the advance of new monies.

Finally, as a general rule, where a company is being wound up by a DIFC Court, any disposal of the company’s property, any transfer of its shares or alteration in the status of the company shareholders made after the date of winding up is void unless a DIFC Court orders otherwise.

Antecedent Transactions in the UAE and the DIFC 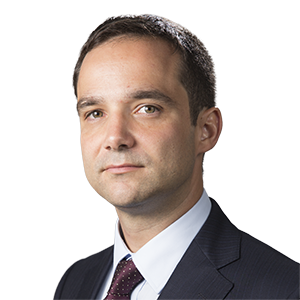 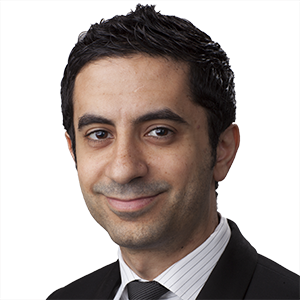