In September 2019, ASIC extended until 31 March 2020 the relief afforded to certain foreign financial services providers that was due to expire on 30 September 2019. As highlighted in our previous updates, ASIC has proposed to overhaul the current foreign exemption regime through the introduction of a foreign financial services licence and funds management exemption. ASIC has also provided its second update on its priorities and initiatives to date from the recommendations made out of the Royal Commission into Misconduct in the Banking, Superannuation and Financial Services Industry.

On 10 September 2019, ASIC confirmed that the licensing relief currently afforded to certain foreign financial services providers (FFSPs) has been extended on the same terms until 31 March 2020. The ‘limited connection’ relief as well as ‘sufficient equivalence’ relief were due to expire on 30 September 2019.

If you have any queries or would like discuss your options in providing cross-border financial services into Australia, please do not hesitate to contact us we would be glad to help.

ASIC released its second update on 11 September 2019 on its current initiatives responding to the recommendations out of the Royal Commission into Misconduct in the Banking, Superannuation and Financial Services Industry (Royal Commission). In particular, the update highlights ASIC’s initiative in aligning its seven priorities outlined in its Corporate Plan 2019 – 2023, including:

ASIC’s update outlines ASIC’s responses and actions out of Commissioner Haynes’ recommendations, with particular successes including amending the Banking Code, commencing a project to end grandfathered commissions, and the passing of the product intervention power/design and distribution obligations legislation.

The update also includes an appendix with a timeline of major upcoming publications, including updates to ASIC’s Regulatory Guide 97 fees and costs disclosure, financial advice provided by superannuation funds, as well as regulatory guidance for design and distribution obligations. The Royal Commission implementation update is available here.

The DDO regulations are expected to comment on 5 April 2021. The public consultation to the exposure draft regulations and explanatory statement is open until 11 October 2019. For further information, please visit the Government’s website.

The Australian Prudential Regulation Authority (APRA) updated its enforcement approach on 3 September 2019, outlining its focus on increasing transparency around the use of its formal enforcement powers. In particular, APRA’s revised enforcement approach sets out its intention to take stronger actions against institutions that fail to meet their legal obligations under the Financial Sector (Collection of Data) Act 2001 (Cth) to report data to ASIC in full and on time.

APRA has made it clear that it will consider when and how to publicise its enforcement actions on a case by case basis. However, unless there are likely to be risks to financial stability and/or to beneficiaries’ interests from publicising such action, APRA will ordinarily publicise the following:

Further information on APRA’s enforcement approach update as well as its powers generally is available on APRA’s website.

The draft legislation and explanatory materials for each of the recommendations can be found on the Government’s website.

The Senate resolved on 11 September 2019 to establish a Select Committee on Financial Technology (FinTech) and Regulatory Technology (RegTech). The Committee, led by Senator Andrew Bragg, will inquire and develop a report on key industry issues including:

The Committee is comprised of 6 government members and intends to deliver its final report in October 2020. Further information about the Committee is available of the Parliament of Australia website.

On 19 September 2019, APRA released its response to industry submissions made in consultation on amendments to Prudential Standard 226 Margining and risk mitigation for non-centrally cleared derivatives (CPS 226). The consultation letter proposed to delay the final implementation phase by one year to 1 September 2021 in order to align with the decision of the Basel Committee on Banking Supervision and the International Organisation of Securities Commissions to do the same among other amendments.

APRA is proceeding with the proposed amendments. APRA will also add the United Kingdom’s Prudential Regulation Authority and Financial Conduct Authority to the list of foreign bodies eligible for substituted compliance with APRA’s margin requirements in CPS 226. The response to submissions and the amendments can be found on APRA’s website.

ASIC announced its first use of product intervention powers on 12 September 2019 in order to ban a model of lending in the short term credit industry. Short term credit providers are exempt from the National Consumer Credit Protection Act 2009 (Cth) if the fees charged for a loan of up to 62 days does not exceed 5% of the loan amount. However, under particular business models, ASIC claims that certain businesses charged significant upfront, ongoing and default related fees under a separate contract for management and administrative services that can amount to almost 1000% of the value of the loan.

Whilst the order does not seek to modify the existing exemption for short term credit, it does aim to ensure that short term credit lenders do not structure their business in a way that allows them to charge fees that will exceed the current threshold.

On 20 September 2019, Cigno Pty Ltd made an application to the Federal Court seeking to quash the instrument that gives effect to the product intervention order (‘PIO’) and also seeking a declaration that the Short Term Credit PIO is invalid. This order is the first use of ASIC’s new power with a subsequent PIO banning the sale of binary options to retails clients and restricting CFDs currently in the consultation process.

A copy of ASIC’s media release, as well as the amending instrument, explanatory statement and product intervention order notice is available on ASIC’s website.

More information including the new instrument and the consultation paper issued with respect to this relief can be found on the ASIC’s website.

On 19 September, APRA released a full transcript of Driving better member outcomes, a speech delivered by Chair Wayne Byres. Mr Byres stated that the new superannuation legislation and standards provide a good framework for APRA to drive a strong focus on member outcomes. He flagged a forthcoming consultation on an overhaul of the current superannuation data reporting regime.

Mr Byres also said that APRA plans to publish a selected set of performance-related measures and benchmarks later this year. 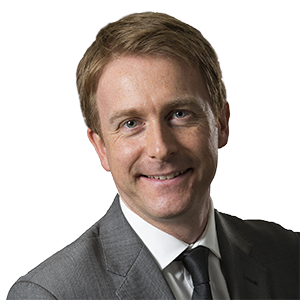 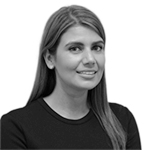