Why does South Africa need BEE?

Broad-based black economic empowerment (BEE) is a government policy to advance economic transformation and enhance the economic participation of Black people (African, Coloured and Indian people who are South African citizens) in the South African economy.

The Constitution of the Republic of South Africa, 1996, provides all people in South Africa the right to equality and fulfils the formal element of equality by creating a basis for equal treatment.

The purpose of BEE is to bridge the gap between formal and substantive equality to ensure that all people in South Africa fully enjoy the right to equality.

At Norton Rose Fulbright we intend to use the BEE strategies that we devise for you to help achieve this goal and to ensure that our services brings the BEE Level result you desire as well as helping to transform South Africa.

Our second focus is to create sustainable and multi-year BEE strategies which allow you to grow your supply chain over time to assist in the transformation of your sector, whilst ensuring quality and competitive suppliers and service providers for you to procure from in the future.

BEE is governed by:

A number of the existing Sector Codes are based on the Original Codes but it is intended to revise all of the Sector Codes with the BEE Codes.

Why does a company need a BEE rating?

Obtaining licences, consents, or concessions from organs of state

Certain industries require an entity to have a particular percentage of Black ownership or BEE level in order to receive and maintain a licence to operate.

In addition, entities in certain industries may be asked to indicate their transformation initiatives (which can be different to a BEE score in terms of the BEE Codes) in order to obtain concessions to, for example, export.

Transacting with organs of state

Organs of state are generally required to issue a request for proposal (RFP) for any work that they intend to source from the private sector. The response to the RFP is scored out of 100 in terms of the 90/10 or 80/20 principle, depending on the value of the work to be undertaken.

Certain organs of state have also been known to set minimum BEE criteria relating to Black ownership or BEE ratings before potential bidders may qualify to even submit bids.

With regards to interactions with private entities, a company will score better for BEE itself if it procures goods and services from other entities with high BEE ratings.

A supplier or service provider’s BEE rating and Black ownership can, therefore, be a consideration along with price and quality when a customer is choosing whether to deal with them. Due to the nature of the preferential procurement element, a customer may prefer to procure from an entity with a low overall BEE score but high Black people and Black women ownership as that supplier will provide the customer with more preferential procurement points towards its own BEE score than a supplier with low Black ownership but a higher BEE score. Accordingly, one should not simply focus on a BEE score but, rather, the interplay between the level of Black ownership, BEE score, and commercial attractiveness to customers.

Private entities who are performing under contracts with organs of state often have specific BEE requirements that they must achieve, including in relation to the BEE status of some of their own suppliers / a portion of their procurement spend.

How is a BEE rating determined?

The BEE Codes contain a BEE scorecard with five elements. A company is measured against the scorecard in order to determine its BEE score.

An entity which fails to achieve these minimum targets will have their BEE Level discounted/reduced by one BEE Level.

The priority elements for large enterprises are:

The priority elements for qualifying small enterprises are:

Once an entity has been measured against the BEE scorecard it will achieve a particular score, which score will determine the entity’s BEE Level (being its BEE Contributor Level and BEE Procurement Recognition Level).

Large enterprise means an entity with an annual turnover in excess of ZAR50 million in the BEE Codes.

Qualifying small enterprise means an entity with an annual turnover in excess of R50 million in the BEE Codes. 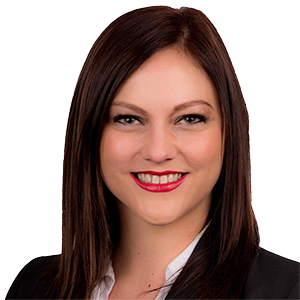 B1 and B2: separating the SOCI regulatory regime