International headquartered banks can either operate in Hong Kong as locally incorporated subsidiaries (subsidiaries) or branches of overseas incorporated banks. A subsidiary is a separate legal entity from its parent, and as such requires its own governance and risk management, as well as having to meet capital and liquidity requirements in Hong Kong. A branch forms part of the same legal entity as its head office, and therefore will not have its own capital base or board of directors, as these are covered by the head office, though local governance is required. Hong Kong maintains a three-tier system of deposit-taking institutions: (i) licensed banks, (ii) restricted license banks, and (iii) deposit-taking companies. This note focuses on licensed banks as they make up the largest proportion of deposit-taking institutions. International banks form a key part of the Hong Kong banking sector; as of August 2015, 87% of the licensed banks in Hong Kong were branches of international banks. See Hong Kong Monetary Authority – Monthly Statistical Bulletin (November 2015 – Issue No. 255) (Number of authorized institutions and local representative offices).

The Hong Kong Monetary Authority (HKMA) is appointed under the Banking Ordinance (Cap. 155) (Banking Ordinance) as the banking regulator, responsible for licensing and supervising banks in Hong Kong. If a bank is incorporated in Hong Kong, the HKMA will act as lead regulator for the entity and will supervise all of the activities of the entity (and for certain purposes certain group companies). If a bank operates in Hong Kong as a branch, the HKMA will only supervise the bank’s Hong Kong activities and the banking authority where the bank is headquartered will be the bank’s lead supervisor. Banks incorporated in Hong Kong are also subject to a greater number of regulatory requirements than banks that operate in Hong Kong as branches.

The HKMA will only license a bank if the entity is fit and proper to be authorized. Only branches and locally incorporated banks that are authorized by the HKMA can carry on banking business in Hong Kong. Banks that carry on business in Hong Kong are required to comply with a range of statutes as well as codes and guidelines and circulars issued by relevant Hong Kong regulators.

The HKMA has also issued guidance noting that the business the bank proposes to carry on in Hong Kong will be determinative of the legal structure the bank should adopt in Hong Kong. In particular, the HKMA’s view is that international banks that propose to carry on retail banking business in Hong Kong should operate in the form of a locally incorporated subsidiary; to offer appropriate protection to the retail depositors in Hong Kong. Where an international bank proposes to carry on retail banking, as well as other banking activities in Hong Kong, the bank can carry on its retail banking business in the form of a locally incorporated subsidiary and its other banking activities through a branch, where this structure would be more efficient for the bank.

Hong Kong does not have an integrated regulator. To the extent a bank wishes to conduct securities business, whilst the HKMA remains the principal regulator, the bank is registered with the Hong Kong Securities and Futures Commission (SFC) and is required to comply with its rules and regulations.

Resolution is an area of increasing regulatory importance in Hong Kong. There is currently no statutory resolution regime in Hong Kong. The proposed regime is still in a late stage of consultation and drafting, with an aim for legislation to be introduced into the Legislative Committee by the end of 2015. The HKMA also proposes to issue a Supervisory Policy Manual module on resolution planning before the end of 2015. See Paragraph 6.2 of Supervisory Policy Manual Module CA-B-2: Systemically Important Banks (Dated 18 February 2015).

Hong Kong is a member of the Financial Stability Board (FSB) and therefore it is expected that its resolution regime will be broadly consistent with the FSB’s “Key Attributes of Effective Resolution Regimes for Financial Institutions” (issued in 2011). The public guidance materials already issued by Hong Kong authorities in connection with the proposed statutory resolution regime make it clear the regime will apply to all licensed banks in Hong Kong. Authorities in Hong Kong appreciate the importance of the resolution regime applying to international banks (and other financial institutions) because Hong Kong is a major international finance center which hosts a large number of systemically important international financial institutions.

In relation to international banks, the HKMA issued public guidance materials noting that “a coordinated and cooperative approach to resolution of cross-border financial institutions (including licensed banks) has the potential to better protect financial stability and public funds across home and host jurisdictions”. See Frequently asked questions: An Effective Resolution Regime for Financial Institutions in Hong Kong. The consultation papers jointly issued by various Hong Kong authorities in relation to the proposed statutory resolution regime suggest Hong Kong may recognize and give effect to resolution by a foreign resolution authority in relation to the Hong Kong operations of an international bank, conditional on an assessment that the outcomes delivered are consistent with the objectives set for resolution in Hong Kong and do not prejudice local creditors. If these conditions are not met, the HKMA would retain the discretion to use powers available under its regime (when implemented) to carry out resolution of local entities independently.

What are the regulatory reporting requirements placed on branches

Subsidiary legislation to the Banking Ordinance requires all branches, other than those that are exempted from complying with the rules, to disclose certain information by completing a disclosure statement (including disclosure on capital and liquidity resources). These disclosure statements need to be completed bi-annually and only require disclosure in respect of the branch’s Hong Kong operations.

More generally, the HKMA has discretion under the Banking Ordinance to compel licensed banks to provide additional information. The HKMA would presumably exercise these rights were it to be concerned about the viability of a licensed bank.

The HKMA’s assessment of the appropriate authorization structure will take into account the type of banking business the legal entity proposes to carry on; for example if an entity proposes to conduct retail banking in Hong Kong the HKMA is likely to require that a locally incorporated subsidiary, authorized by the HKMA, conduct this business. Additionally, as part of the HKMA’s assessment of whether an overseas incorporated legal entity meets the relevant criteria, it will place significant reliance on the views of the overseas entity’s home banking regulator as well as the robustness of depositor protection mechanisms in the entity’s home jurisdiction. It is feasible that the HKMA’s views as to whether the Hong Kong banking business should be conducted through a subsidiary or branch will be influenced by these factors. 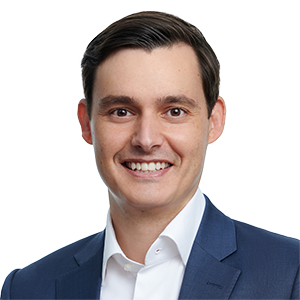