An international bank can operate in Indonesia by either (i) establishing a subsidiary as a separate legal entity or (ii) opening a foreign bank branch office which forms part of the same legal entity as its head office. Both a subsidiary and a branch office require their own governance and risk management, and must comply with the capital and liquidity requirements in Indonesia.

To operate through a subsidiary, an international bank must establish an Indonesian limited liability company by way of joint venture with at least one other founder, as the Indonesian Company Law requires a minimum of two founders/shareholders. Under the Indonesian Company Law, to establish an Indonesian limited liability company certain procedures must be followed, including the execution of a Deed of Establishment to be approved by the Minister of Law and Human Rights.

There are two main stages of licensing for the limited liability company to engage as a commercial bank: (i) principal approval, and (ii) the granting of a business license. Both of which must be applied to the Indonesian Financial Services Authority (Otoritas Jasa Keuangan or “OJK” - whose authorities in supervising banks in Indonesia were previously transferred from Bank Indonesia) simultaneously with the establishment of the limited liability company.

Subject to the requirement under the new banking bill (discussed below), no Indonesian limited liability company must be established to open a foreign bank branch office, as it will form part of the same legal entity as its head office. However, before the branch can operate in Indonesia, the same two-stage licensing process (i.e. principle approval and business license) must be completed.

It is worth noting that by way of policy, the OJK currently has a moratorium in place on banking licenses and therefore it would be difficult to establish a new bank in Indonesia at this time. We understand that this policy does not relate to legal and regulatory matters, but rather relates to political matters. The OJK values reciprocity principle and will consider the treatment that a Home State regulator (or jurisdiction) applies to Indonesian companies investing in banks or opening branches within that jurisdiction.

The remainder of this note focuses on the requirements for foreign bank branch offices in Indonesia.

From the regulatory perspective, the OJK will consider the general requirements set out in the Indonesian banking regulations, under which an international bank wishing to open a foreign bank branch in Indonesia:

As mentioned in No. 1 above, OJK will also take into account the reciprocity principle in treating an international bank wishing to open a foreign bank branch in Indonesia. This means that the level of ease that is set by the OJK on a case by case basis for an international bank to establish and open a foreign bank branch in Indonesia will depend on the level of ease/difficulties for Indonesian banks to establish and open a branch in the relevant Home State jurisdiction. We understand that the standard of the treatment may be set out in a memorandum of understanding between OJK and the relevant Home State lead regulators. To date, OJK has signed memorandum of understanding with the lead regulators in China, Malaysia, Japan, and Dubai.

From the regulatory perspective, Indonesia does not recognise the concept of resolution that is found in certain other jurisdictions (i.e. that the resolution is formulated by the banks or the relevant Home State). Therefore, such kind of resolution should not be an important factor in OJK’s determination of a foreign bank branch.

One of the important factors in OJK’s determination of the licensing for a foreign bank branch is a working plan for the branch’s first year of operation, which must be prepared and submitted together with the principle approval application to OJK. The working plan must include at least:

Limited information can be found at the websites listed below. However, we note that not all of this information is available in English. 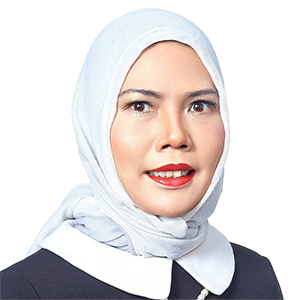