Is it an agreement?

What was published is a statement, referred to as Euro Summit1 Statement.

The essence of it, is that the Eurozone leaders want to find a deal, subject to Greece taking some steps first. In other words it is a political agreement not a legal agreement yet.

What about the sustainability of the current Greek debt?

The Statement notes that there are serious concerns about the sustainability of the Greek debt, due to the easing of policies in the last 12 months.

The Statement states that the Eurogroup stands ready to consider, additional measures (possible longer grace and payment periods) aiming at ensuring the gross financing needs remain at a sustainable level. The Summit stressed that nominal haircuts of the debt cannot be undertaken.

The above measures will be conditional upon full implementation of the measures agreed in the new possible program through the ESM, after the first positive completion of a review.

What are the immediate next steps?

Essentially the statement requires Greece to:

Assuming the above happen, the Institutions will be mandated to start negotiating an MoU3 for an ESM loan. It is not entirely clear as to whether all the other pre-conditions that are referred to in the Statement, are pre-requisites for commencement of negotiations as there are some conflicting statements (evidence of hard negotiations). However, from various parts of the Statement (including measures which are to be legislated by July 22 and other measures required without a specific deadline), it seems that the “ball is in Greece’s court” to show “good will” in order to reach the financing deal it wants.

What are the measures to be adopted by July 22?

The measures that need to be adopted are:

the adoption of the Code of Civil Procedure, which is a major overhaul of procedures and arrangements for the civil justice system and can significantly accelerate the judicial process and reduce costs;

the transposition of the BRRD7 into Greek law with support from the European Commission. This is the Directive on the recovery and resolution of credit institutions and investment firms. One of the available tools in the Directive (which did not exist in the current Greek legislation) is the “bail in tool.”

What are the next steps for the financial assistance by the ESM?

Once the assessment is complete the Board of Governors may decide to grant, in principle, support.

What are the other measures included in the Statement?

What are the pre-conditions of Article 13(1) of the ESM Treaty (the pre-requisite to start negotiations for the ESM assistance)?

The conditions set out in Article 13(1) of the ESM Treaty are that European Commission, in liaison with the ECB, must:

What are the priority measures that Greece has to legislate by July 15?

What is the size of the financial assistance required by Greece?

The Statement notes of the possible program financing needs of between €82 and 86 billion.

It further notes that the urgent financing needs of Greece are estimated to an amount of €7 billion by July 20 and an additional €5 billion by mid-August.

The Statement further acknowledges that a buffer of €10–25 billion will be required for the banking sector.

1 The leaders of the Euro-area member states.
2 European Stability Mechanism.
3 Memorandum of Understanding.
4 Hellenic Statistical Authority.
5 This has been adopted by Greek law 4063/2012.
6 The legislative framework for this law has been adopted by Greek law 4270/2014.
7 EU Bank Recovery and Resolution Directive.
8 Hellenic Financial Stability Fund. 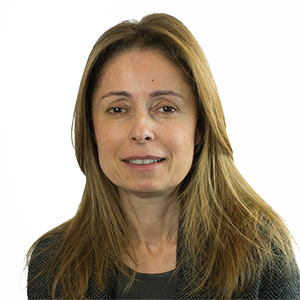