Hello and welcome to our latest employment video. My name’s Paul Griffin and I’m Head of the Norton Rose Fulbright Employment Team in London.

At the end of last year we reported on the Government’s Briefing Paper which set out its plans for employment law after Brexit. Since then the Government has served formal notice of withdrawal from the EU under Article 50, has published its White Paper on the “Great Repeal Bill”, and the Brexit negotiations have begun. In the last few days, the proposed Repeal Bill, now renamed the European Union (Withdrawal) Bill, has also been published. The latest developments and their implications for employment law are the subject of today’s video.

In the Government’s Briefing Paper it confirmed that the Repeal Bill (which will repeal the European Communities Act) will convert all EU employment law - which would otherwise fall away on repeal of the Act - into UK domestic law. After serving notice of withdrawal from the EU on the 29th of March, the Government published its White Paper on how it would legislate for that withdrawal by way of the Repeal Bill, which was introduced to Parliament for its first reading on the 13th of July under its new name, the European Union (Withdrawal) Bill.

In its White Paper the Government confirmed that Bill will do three main things:

So what will this mean for employment law?

Until the point of exit – which is likely to be at the end of March 2019 – the UK remains a full member of the EU, and therefore all rights and obligations of EU membership remain in full force – so EU law will continue to be implemented and applied until then.

And this is what the Government aims to do as provided in the draft Bill.

The Bill as published will convert all existing EU law into domestic law – so that workers’ rights which are enjoyed under EU law will continue to be available in the UK after we’ve left the EU.

Employment protection rights will be further strengthened by the Bill’s incorporation of the case law of the Court of Justice of the European Union, which means that where workers’ rights have been extended by judgements of the European Court, (such as those on the calculation of holiday pay), those rights will continue to be protected in the UK.

The Bill provides that historic European case law be given the same binding status in the UK courts as decisions of our Supreme Court. This means that existing EU case law will be departed from in only exceptional circumstances – although Parliament may of course change the law, and therefore overturn case law, where it decides it is right to do so.

The White Paper reminded us that in a number of areas (such as the right to statutory maternity leave) UK employment law already goes further than the minimum standards set out in EU legislation – and that the Government will continue to protect and enhance the rights people have at work.

It is unlikely that the Bill will receive its second reading in Parliament before the summer recess and, of course, whether all its provisions remain as drafted will depend on how it progresses through Parliament.

Safeguarding the rights of EU citizens

Until the UK withdraws from the EU, EU law will continue to apply and so the rights of EU citizens and their family members to live and work in the UK remain unchanged. However, after Brexit, free movement rights will come to an end.

The Brexit negotiations commenced on the 19th of June, and the Government’s first priority is to reach agreement on the post-exit position of EU citizens living in the UK, and of UK nationals living in other EU countries.

So on the 26th of June, the Government published a policy paper setting out its proposals for safeguarding the rights of EU citizens after Brexit, and Theresa May briefed MPs on the details of those proposals - making it clear that they’re conditional on a reciprocal arrangement with the EU to safeguard the rights of UK nationals living in the EU.

The key points of the proposals are:

- First, that all EU nationals - (as well of nationals of Norway, Iceland, Liechtenstein and Switzerland) - who have been lawfully and continuously resident in the UK for at least five years by a specified date – will be able to apply for "settled status" - which will effectively give them indefinite leave to remain.

However, settled status won’t be granted automatically. Even those who currently enjoy residency rights will have to re-apply under the new regime (although a more streamlined approach than the current application process is promised).

- Second, those EU nationals currently in the UK who have been resident for less than five years at the specified date, will be entitled to apply for continued residence on a temporary basis and then, once resident for five years, can apply for settled status.

- And, finally, those who arrive in the UK after the specified date, will have two years to "regularise their status", but with no guarantees that they’ll be granted permanent residence.

And, in order to give officials time to process applications to stay in the UK, and to avoid a “cliff-edge”, a period of "blanket residence permission" - which is likely to be for up to two years after the point of exit - will apply from the point of exit to all EU citizens lawfully resident in the UK. This will allow a grace period during which they can apply for permission to stay if they wish to remain.

The Government also intends to introduce a voluntary scheme later this year, so that eligible EU citizens can apply for settled status or a temporary residence permit before the point of exit. After exit, it will be mandatory to apply if they want to stay.

At present, of course, these are proposals only. Much of the outcome will depend on the rest of the EU’s response in negotiations. Reacting to the proposals on Twitter, Michel Barnier, who’s leading the Brexit negotiations for the EU, said his goal was the same level of protection that citizens currently have under EU law, and that more clarity and guarantees were needed than those currently provided by the UK.

So we shall have to wait and see how the negotiations progress.

This video is intended to provide you with an update of the Government’s plans for employment law after Brexit. We shall of course keep you updated as to further developments. However, if you would like any further information, or have any questions on any aspects of today’s topic, then please don’t hesitate to contact us. 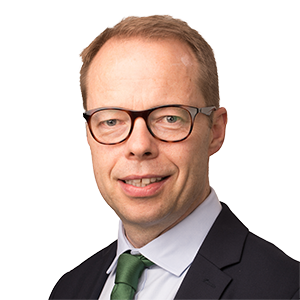