Norton Rose Fulbright advised Plains All American Pipeline LP (PAA) in the US$1.2 billion acquisition of a 100 percent interest in Alpha Holding Co., owner of the Alpha Crude Connector system.

The 515-mile Alpha system is the first large-scale crude oil gathering system in the Permian Basin and already connects to PAA’s Basin Pipeline system in Wink, Texas. After the deal’s expected close in the first half of 2017, PAA intends to make improvements to the Alpha system that will increase its capacity to 350,000 barrels per day. 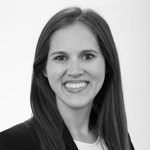