Global legal practice Norton Rose Fulbright today announces the expansion of its Latin America practice through the opening of an office in Brazil. Norton Rose Fulbright’s Brazil practice, based initially in Rio de Janeiro, will be its 55th office worldwide and its third office in Latin America, complementing existing offices in Venezuela (Caracas) and Colombia (Bogotá).

The new practice will be headed by partners Andrew Haynes and Glenn Faass, who both have long-standing experience of working in Brazil.

“Brazil is a market that’s become more and more important to our Canadian clients. There are impressive opportunities in the country across a range of industry sectors, including oil & gas, energy, infrastructure and mining. The new office will build on our successful history in Latin America with a very experienced and seasoned team of lawyers.”

New hire Andrew Haynes joined Norton Rose Fulbright on February 3, 2014. Andrew was previously Assistant General Counsel Global Corporate with BP p.l.c., overseeing all M&A legal work for BP globally, including in Latin America. Prior to BP, he served as Deputy General Counsel for BG Group plc (formerly British Gas and one of the largest foreign investors in Brazil) overseeing all M&A globally, and was previously BG Group’s Chief Counsel for South America, based in Brazil.

Glenn Faass is the head of Norton Rose Fulbright’s Bogotá office and previously led Macleod Dixon’s Brazilian practice for seven years. He returns to Brazil after heading offices in Russia, Kazakhstan and Venezuela. He focuses on international M&A, joint ventures, corporate structures and anti-bribery and corruption in the resources sector.

Norton Rose Fulbright lawyers will practise English, Canadian and US law, particularly in international M&A, joint venture, securities and project finance transactions, as well as anti-bribery and corruption and investigations; restructuring; and international arbitration and dispute resolution. The Brazil team will focus on oil & gas, energy, infrastructure, mining and commodities M&A; projects and financing including aviation and shipping finance.

The Brazil practice will provide an effective on-the-ground presence to serve Norton Rose Fulbright’s clients’ international legal needs in Brazil and elsewhere in the region. Globally, it will connect multiple markets, including the US, China, Germany and Africa with Brazil and the rest of Latin America.

“Our clients have been asking us to open in Brazil for some time and this represents the successful completion of a major strategic objective for us. We will be able to provide our clients with on-the- ground international legal support for in-bound and domestic activities in Brazil, as well as assist our Brazilian clients with their outward investment activities.”

“Our Brazil practice will play a key part in our strategy to target mandates across Latin America, including the ‘Southern Cone’ of Chile, Argentina, Uruguay, Bolivia and Paraguay, and to capture intra-Latin American transactional work.

“We will also seek to represent other Latin American corporates and financial institutions investing abroad, a trend which we believe will accelerate. International capability on the ground in Brazil will help us advise on in-bound work to the region including disputes and regulatory.”

Norton Rose Fulbright has long been established in Latin America particularly through its Venezuela office, where the practice is ranked band 1 in Chambers Latin America 2014 for corporate/M&A; dispute resolution; energy and natural resources; labour and employment, and tax. The Bogotá office opened in 2010 and is already developing a leading reputation for energy, infrastructure, finance, project and mining work. Norton Rose Fulbright’s Latin American practice is recognised in both the Legal 500 2013 and Chambers Latin America 2014 in projects and international arbitration.

Norton Rose Fulbright is a global legal practice. We provide the world’s pre-eminent corporations and financial institutions with a full business law service. We have more than 3800 lawyers based in over 50 cities across Europe, the United States, Canada, Latin America, Asia, Australia, Africa, the Middle East and Central Asia. 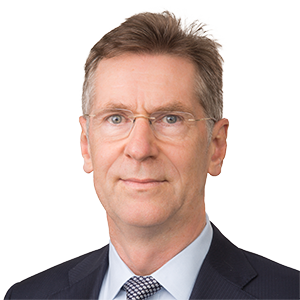