Joy Langford (Washington, DC) has been named to the National Law Journal's 2020 list of DC Trailblazers.

The list recognizes Washington, DC lawyers for being agents of change and those who have made significant marks on the practice, policy and technological advancement of their practice.

Langford, a lawyer with a remarkable track record of success, has handled dozens of arbitrations and litigations both domestically and internationally involving current and emerging issues in all lines of insurance/reinsurance. She was recognized not only for her rare combination of skills to strategically counsel clients on a variety of insurance and reinsurance issues, but also for her advocacy and philanthropy with regard to pro bono efforts as well as in regard to promoting the significant role her insurance clients play In times of crisis.

Through her pro bono efforts, she represented the Anti-Defamation League in connection several amicus briefs before federal appellate courts and the United States Supreme Court, and she has coordinated efforts on behalf of death row inmates in conjunction with the Equal Justice Initiative and Southern Poverty Law Center.

Additionally, Langford is actively involved in thought leadership and frequently discusses pressing concerns related to the insurance industry, such as insurance and reinsurance COVID-19 limitations.

This year's DC Trailblazers will be featured in the October 2020 edition of the National Law Journal. 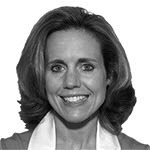